What if there's no season... 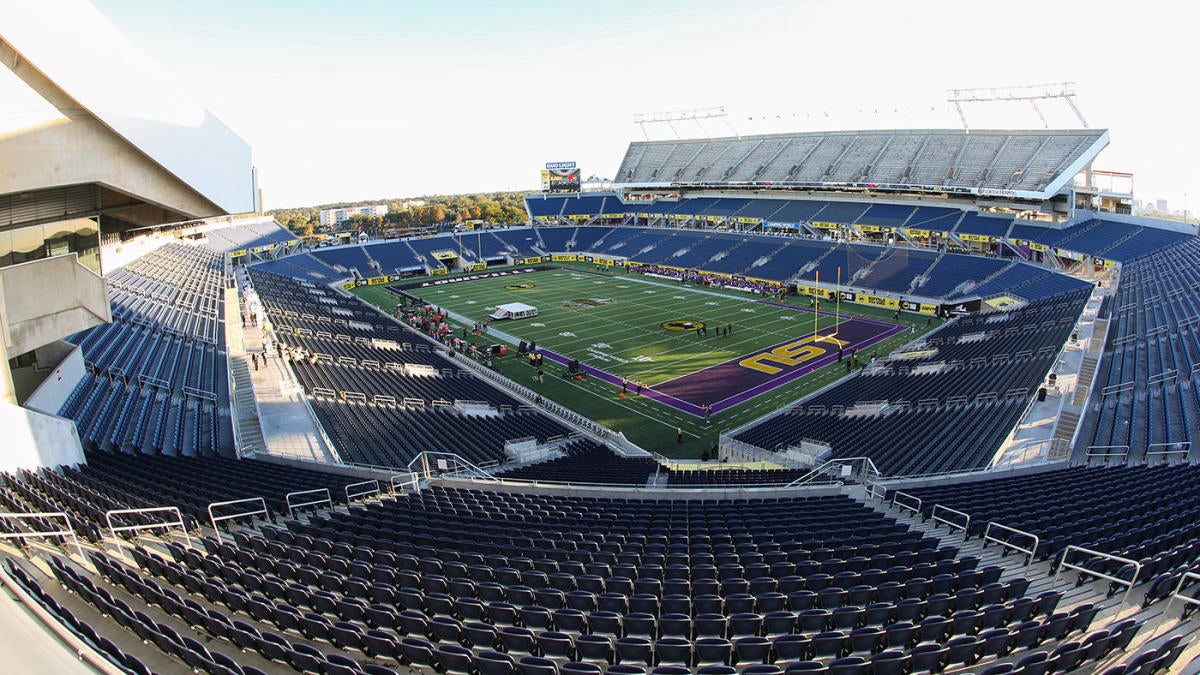 Will the 2020 college football season be canceled? Coaches, ADs weigh possibility and impact

The potential of not playing college football in 2020 exists, whether you want to admit it or not

What do think the fallout would be?
Last edited: Wednesday at 8:58 PM

Multiple athletic departments, over leveraged by the massive arms race college athletics is in the midst of will teeter in the verge of insolvency.
J

Will the 2020 college football season be canceled? Coaches, ADs weigh possibility and impact

The potential of not playing college football in 2020 exists, whether you want to admit it or not

What do the fallout would be?
Click to expand...

I don't even want to think about it

Then we will have 0 losses for the season

I’m almost certain that the season is over the only thing that’s keeping me from being 100% certain is the amount of money lost if that actually happened.

If there is a season, the players may not be the only ones wearing face masks.
Last edited: Wednesday at 11:22 PM

Think about how bad a decision it’d be for players like Travis Etienne who returned to school and now will maybe not play or receive a dime when they could have gone to the NFL.

And how would the Draft work in 2021? Who gets the top pick and Trevor Lawrence if the NFL also didn’t play a season? It’d be a huge mess so they’ll figure something out. Too much money is involved, as someone else mentioned.
C

dIAZ should retire and go out on an undefeated season

If there isn’t a season, I can promise it won’t be near the top of of our worry list. Let’s just pray there will be.

Based on recent seasons, a lot less aggravation.

This is definitely something to prepare for with contingencies. I assume pro sports leagues would have games in neutral sites with no fans. College football is a big moneymaker with TV rights alone but would require air travel to accommodate schedules - a season in neutral site pods probably isn't an option although it's possible if coursework is all online anyway.

Ultimately the measures required are dependent on the availability and speed of testing and the severity of isolation for team staff. Even if business resumes across the country all it takes is 1 player on any team to test positive to shut down everything until all teammates, opponents, staff, etc. test negative. That's how the testing, tracing, quaranting system works. It's a huge challenge so again the speed and veracity of testing is paramount. I wouldn't take it for granted that there will be a season. I've also been a pessimist about this virus from the jump so eventually I'll be wrong, I hope.

I guess the next question is if there is no season - and all players get an extra eligibility year - how many Canes declare anyway?

It can happen obviously but it’s a long way out for the start of the season. As recently as today they were talking about allowing teams To have a minicamp before fall practice sometime in May-June-July. I can See the season starting late September instead of at the beginning.

If there is no football season, I would say that the US economy will has (or will soon) collapse. I'd suggest you use the time normally devoted to football to start learning Mandarin.

jsy said:
If it’s cancelled
We won the off season nc
Just hang the banner and call it a day
Click to expand...

We always win the off season national championship.

Go Canes!! said:
Multiple athletic departments, over leveraged by the massive arms race college athletics is in the midst of will teeter in the verge of insolvency.
Click to expand...

Government will have to step in and authorize bailouts for the players in the SEC.

If there isn’t football then man I have no idea what will happen. Obviously there are more pressing matters at hand, but from a sports standpoint no NHL playoffs, no baseball, no March Madness, and no football would make me want to go on a bender and a half.