CFB_Hogan said:
my blood pressure is fine btw lmao im just stunned how stupid one can be
Click to expand...

Breathe in breathe out...
R

canesfanmpls said:
What happens if Phillips just has a massive balls out season? Lays down 20 sacks. Who gets drafted first between him and Rousseau??? Not likely but interesting conundrum. Just food for thought really.
Click to expand...

JD08 said:
Sure, you know more than the CDC. 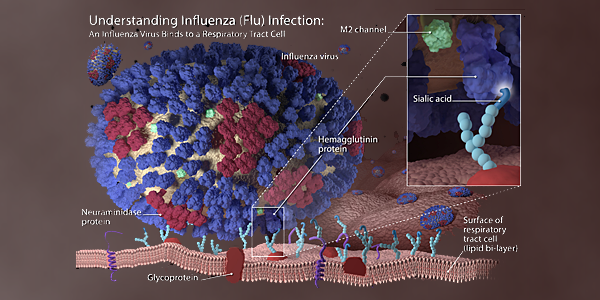 While flu spreads every year, the timing, severity, and length of the season varies from one year to another.

I wonder how many of those deaths are those non vaccination people?

Mackmiller974 said:
What Games did he vanish? Every elite DE has games they vanish btw... Chase Young vanished for the 3 most important games of Ohio State season last year and still went #2... Having a ton of film isn't everything. Good film is far more important. So much goes into the drafting process, Rousseau is a physical freak and will show up at the combine in the best shape of his life. Dudes 6'7 255LBs and is a former Safety/WR. Dudes going to show up at the combine running a 4.68 and benching 20-25 Reps at 225LBs. The NFL draft is all about upside and projecting what that player will become and Rousseau has more then enough film to show his upside. Don't forget he has 2 years of Practice and Spring film as well
Click to expand...

I get upside, potential, all of that. His one and only great game was FSU. While outstanding, I would need to see more against quality competition. I think he can do it, but his film is so limited that yes, it's a concern when combined with opting out this year. Then you add in those sure to emerge this year, he's cost himself a lot of money.

Anyhow, good luck, but hardly knew you were here.

It should considering he's already signed with Drew. Backwards ass system and one they should amend for this strange year.

razrcane said:
I wonder how many of those deaths are those non vaccination people?
Click to expand...

I think it's only like a 25% vaccination rate for the entire population. That's off memory though. And the vaccination has to be for the right strain, which is always an educated guess.

I do wonder if more people will get vaccinated from here on.

GR has proven to be stupid, a puss, or both. Ballers like everyone on Clemson, Bama, OSU are playing. Six-game Greg cost himself millions. Or, he thinks he is a fraud who can’t duplicate his six game run.......

Mackmiller974 said:
It will effect his draft status, he's no longer a Top 5 Pick but he's definitely a 1st Round Lock
Click to expand...

I agree. But the difference will be millions of dollars.

Welcome to the New Miami where our quitters are heroes.

I love that GR15 is a sure fire top 15 pick based on half a season. No one on this board has ever overrated any of our players.

It's hard to get better when you're not playing. He will lose 1 full year of development. Training on your own is very different than practicing with your team and playing in games.

JD08 said:
Yet people under 25 still get sick and die from the flu in the tens of thousands every year. Isn't that just too much of a concern?
Click to expand...

In the tens of thousands?
B

For everyone saying Greg Rousseau is a SURE FIRE first round pick...he may well end up being...but, just for a few samples of Way Too Early Mock Drafts from 2019...

A few other no name blogs I was counting up, somewhere between 9 and 12 picks ended up as Round 1 picks.

Outside of Chase Young, a lot of these blogs had numerous "EDGE" players as high R1 picks and they did not end up R1 picks.

No sure things out there.

Also, I've said it before in threads around draft time, but I can not stress enough...athletic testing matters for EDGE players...a lot.

xbobdog said:
In the tens of thousands?
Click to expand...

The #1 pick opts in. Thanks for quitting, Greg. Hope Phillips can step up.
D

Mel Bernstein said:
I love that GR15 is a sure fire top 15 pick based on half a season. No one on this board has ever overrated any of our players.

It's hard to get better when you're not playing. He will lose 1 full year of development. Training on your own is very different than practicing with your team and playing in games.
Click to expand...

smart move, one i bet garvin wish he could have made, and joe jackson too.

Also my Significant other is a ICS at Uhealth and during April and May several football players had covid. None were hospitalized and all had mild symptoms.

Signing with an agent Now is stupid. I hope he doesn’t come on campus.