Peterson stepping down at UW.

Dude would be the shot in the arm this program so desperately needs...and wouldn’t be an incestuous “Miami Guy” either.

406Cane said:
Dude would be the shot in the arm this program so desperately needs...and wouldn’t be an incestuous “Miami Guy” either.
Click to expand...

Dude said:
He's turned down USC in the past, but that was when his son had cancer. I wonder if now is the time for him.
Click to expand...

Go Canes!! said:
Article says he’s staying on with the school in some capacity. Very strange.
Click to expand...

He reminded a lot of Pastor Richt.

Probably a religious man who wants to keep the stress to a minimal.
B

He's my first call in 2020. Let the man take a lap after a job well done in college football...then its time to win this man a national championship.

One of the best in the game.

brock said:
Jimmy lake is arguably the best db developer in football(yes even over raymond). He has been putting out high level draft picks at db for a long time and is very well regarded
Click to expand...

Facts, Jimmy Lake is one of the best Defensive Coaches in the business, when Diaz was supposed to be going to Temple, I made a thread of potential DC's I would want here & he was one of my top picks.

Does that mean he'll be a good HC, maybe, maybe not, would I if I were the AD hire him as the HC to replace Peterson, no I wouldn't but he's definitely a good coach.

He is. Would fit the JJ/DE type of mold...someone outside of the program who has had success and who would bring fresh ideas into the program...rather than the tired "Pro-Set 1990s" offense and other assorted mud-spinning exercises.

JD08 said:
I sure hope it's not a health issue with his son again.
Click to expand...

First thing I thought , that’s why he stayed at Boise so long

JG14 said:
We like guys who win football games. Peterson develops players and consistently outcoaches his opponents
Click to expand...

Maaaaaybe. Petersen is elite, but many here were killing Richt for being too nice. Well Petersen takes the cake in that regard. This board would kill him for a 9-4 season with close wins and losses, he doesnt typically step on the other team's throat when can or play a lot of backups. Most here want 41-10 in the 3rd Qtr. Nevertheless, he's not coming to Miami imo. I think he means it when he says he wants to take a break.
M

I give him 2 years and he’s back at it. Lake is a rising star, who was going to get a job somewhere soon.

Wish we would make a run at him next year. I wonder if USC holds onto Helton through the offseason now and waits to see if Petersen wants the job next year. They’ve had their eye on him for what seems like a decade now.

One of the few good guys in a cut throat, nasty world

Redstate12 said:
He apparently will still be getting a check from the school as an advisor. Probably will pull an Urban and grab another job next year. USC probably keeps Helton one more year then pulls the trigger Peterson. Unless there is a job that will be open for him soon. MICHIGAN? 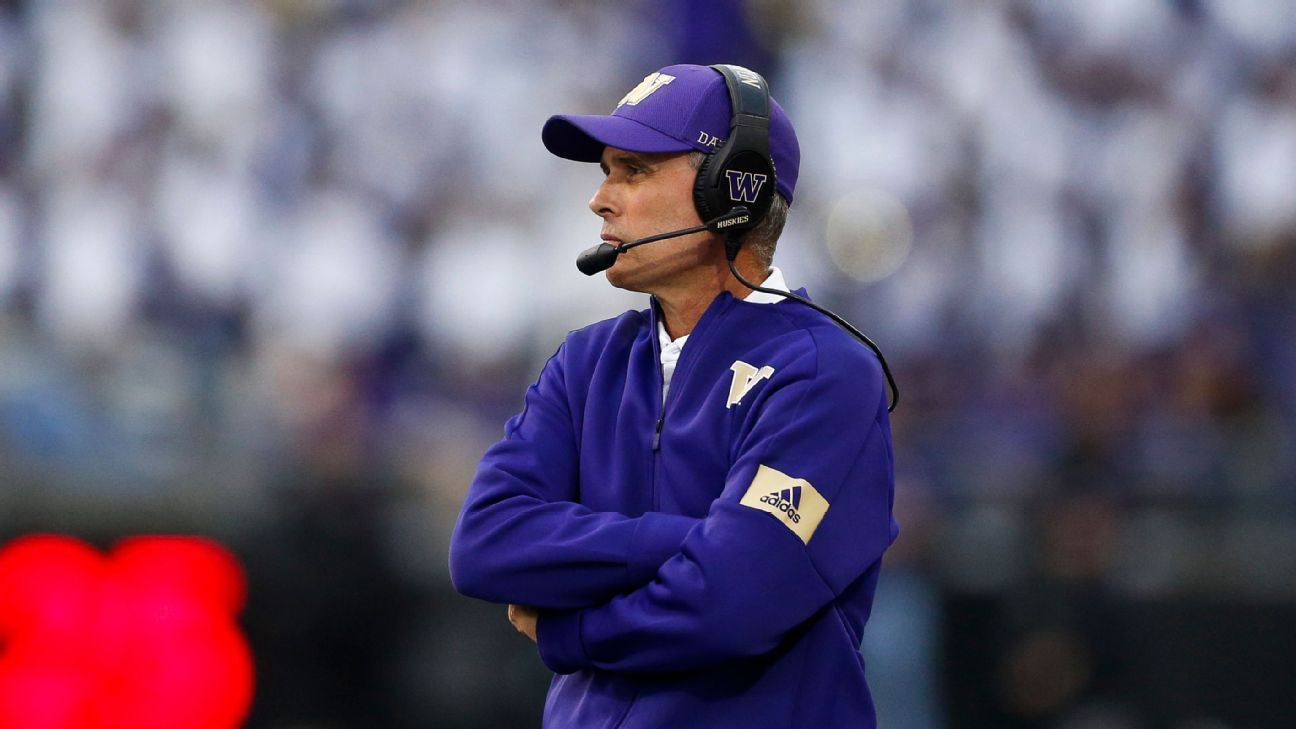 Washington coach Chris Petersen will step down after the Huskies' bowl game and be replaced by defensive coordinator Jimmy Lake, the school announced Monday.
www.espn.com
Click to expand...

He would be a good fit at Michigan. I don’t see it at USC. They were rolling by end of season. What Helton did with a 3rd string freshman deserves another year, IMO. Regardless, the roster doesn’t match his scheme and philosophy.

If Petersen should realize one thing now it needs to be this:

Do NOT go on a full Cheese Ball diet during your "re-charge".

I wish Blake James and Diaz would do the same but we aren't that lucky.

Dude has a sick kid, UW is creating a position for him until family matters are resolved

Miami should not look any further than that

#1cane said:
54-26 at Washington maybe he was forced out. Some schools expect better than that.
Click to expand...

1. Washington doesn't expect better than that. Please. Two Pac-12 titles and a Playoffs appearance over six seasons? You're high.

2. Huskies will be hard-pressed to find a better coach; Petersen one of the more clamored for names in the sport over the past decade, or so when he wouldn't leave Boise State.

3. Seemed happiest as a head coach while at Boise State, where the perils of running a bigger program can take a toll on a guy who obviously enjoyed being a big fish in a little pond. Dude has been well-compensated, so a family-driven recharge is a luxury of a good head coach who has never come off uber-obesssed with the game, or dominating at the highest level.
Show hidden low quality content
You must log in or register to reply here.
Share:
Facebook Twitter Reddit Pinterest Tumblr WhatsApp Email Link
Top