New threads have been great. Lets hear it for the dogs.

Which one is boss?
P

Meet Ed Reed. Straight ball hawk round the house. I had to override the wife and kids on this one...they wanted Brody, but after seeing his instincts and centerfield abilities there was only one choice. 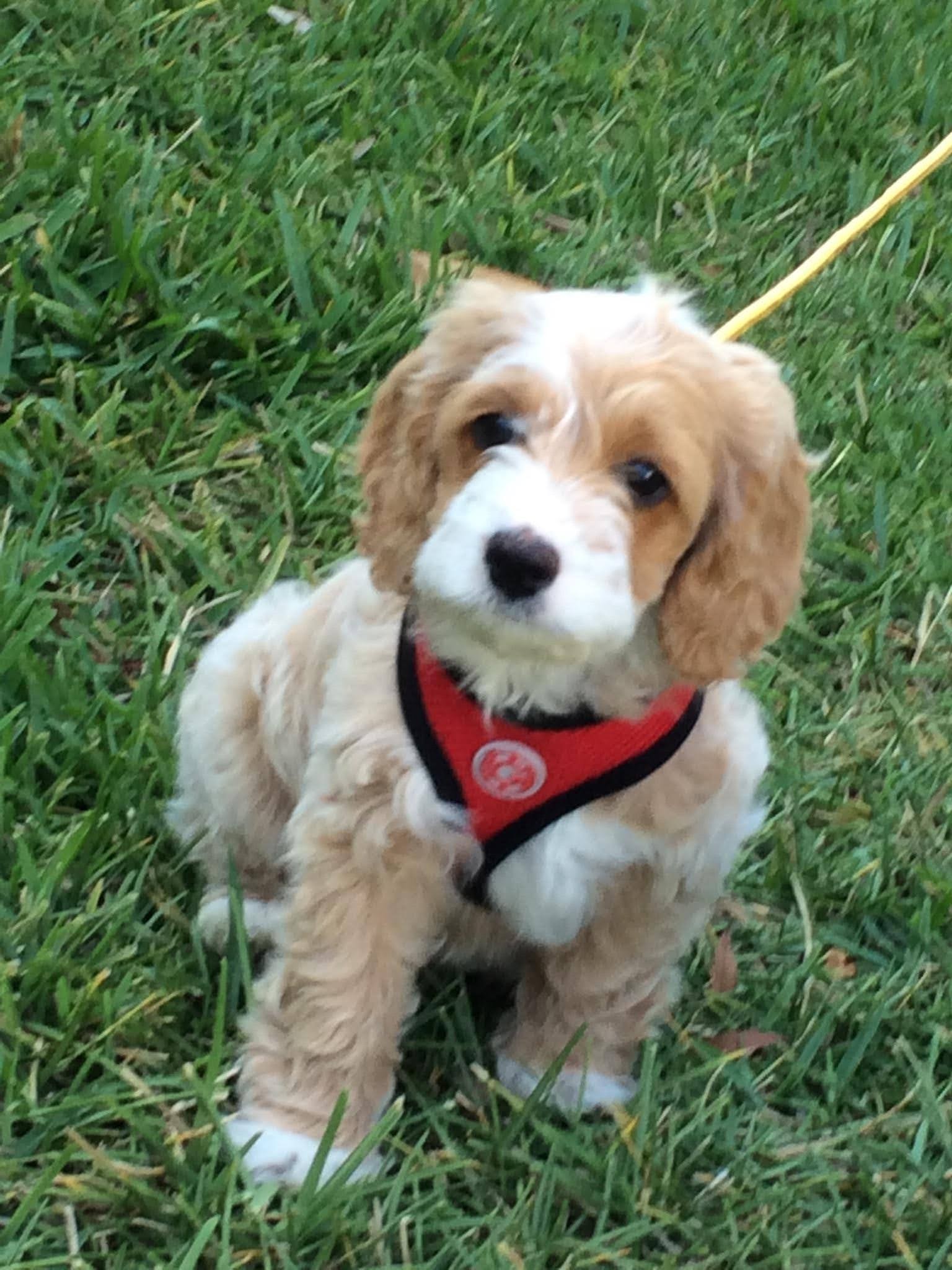 RIP to a true Legend. WILLIS 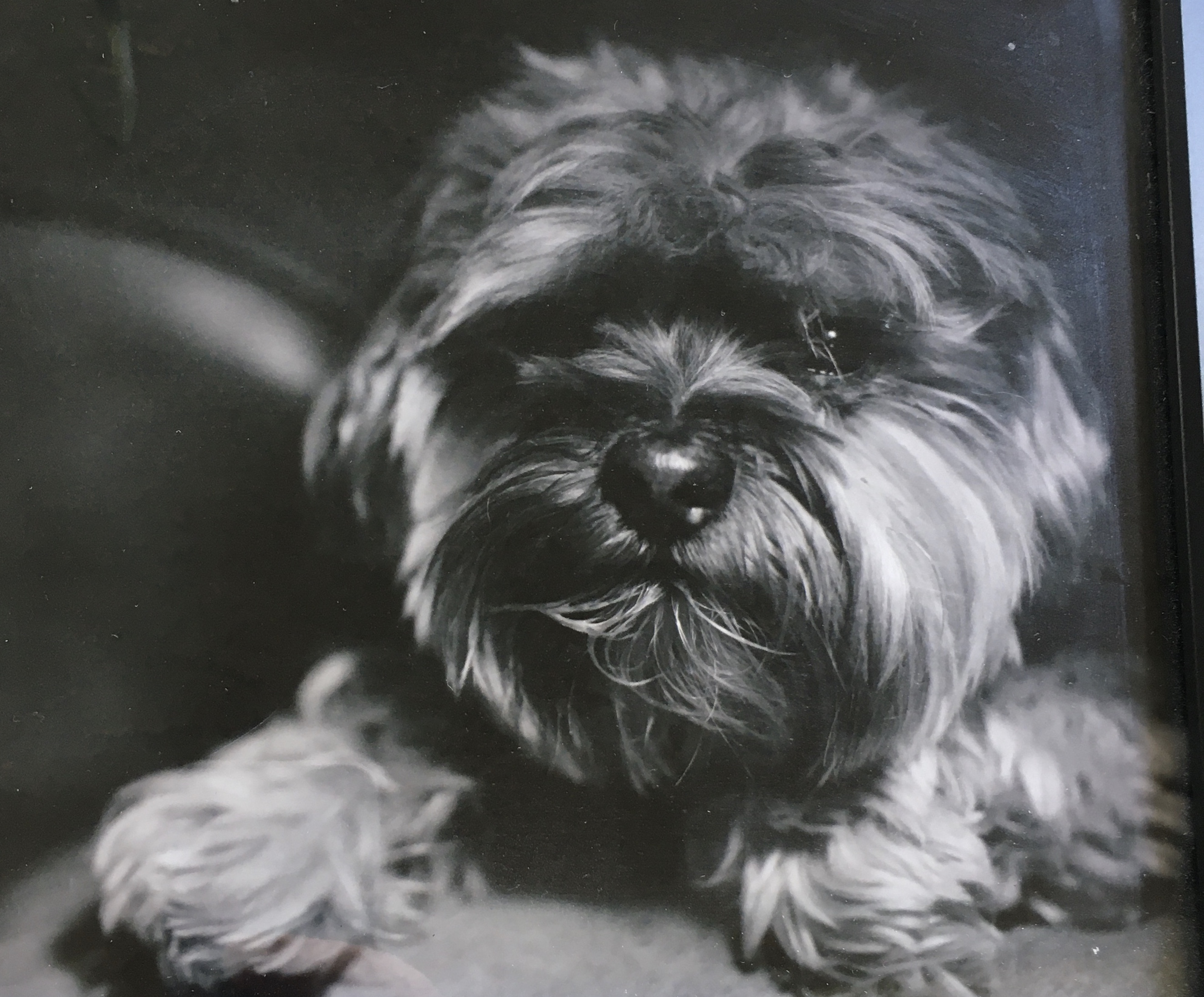 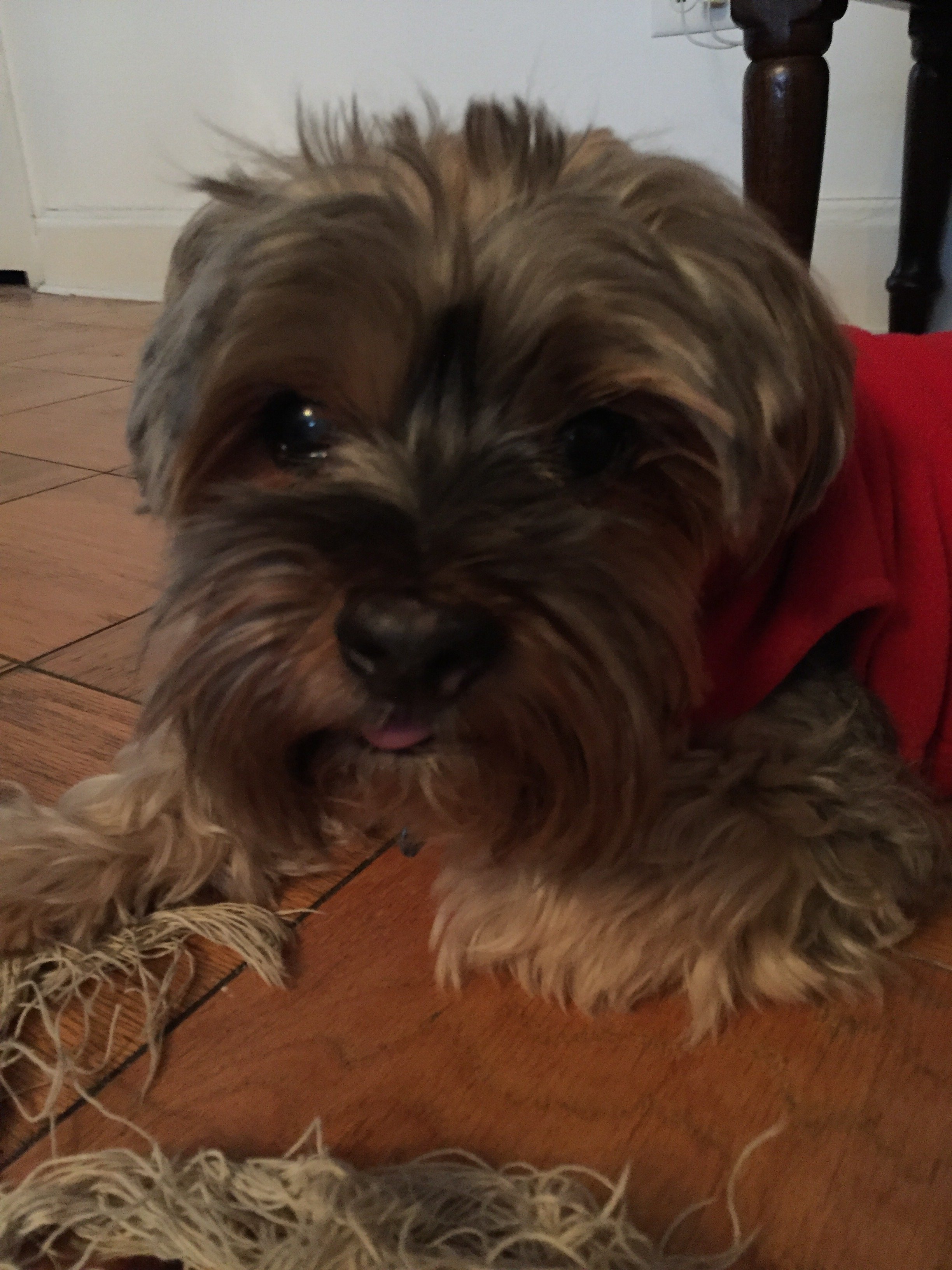 Willis was the absolute best dog ever, road tripped all over the country, and flew back and forth bewteen MIA, NYC and Cali, that dog had been to like 35 states. Got him after the 2002 season, he was with us for 15 years! He was like 13 lbs with a heart of lion.

DTP said:
Thanks bro; I’ve cried when all my dogs died simply b/c they are apart of the family; but that was different...they all lived long, healthy lives and died naturally. Bruh; I never screamed so loud in anger & pain when my dad called me outside. My dude was trying to still lick me as he was breathing heavy & bleeding from the nose as I was holding him. That bytch put ground meat in our backyard masking rat poison.

I better not ever find him. I think he’s in AZ somewhere close to AZ. But yeah, as u can see I’m still triggered by all of this even though it happened like 12 yrs ago. Maybe one day I’ll own again, especially if I have children. A child should have that experience of raising a pup to a dog...unequivocal loyalty & love
Click to expand...

Damn Rell...sad story. My heart goes out to you. When you have little ones of your own definitely get a pup for em. I waited until they were about 6 yrs old so they understood how to love on him and take care of him. Our E Reed is such a great part of the family now.
S

Live in a condo : HOA says stuck with little dudes

she moved when I took the pic when I told her ass to stay still. Lol and it effed up the picture.
Click to expand...

BeastMode said:
thanks. It took a couple girlfriends along with way to help train him haha. He has never lived inside so he was scared of everything and every noise. He has gotten better with it and now prefers insides over outdoor. He also isn’t a fan of strangers walking by the house or anyone he thinks is getting close to me or the house. It’s a good thing but something I always have to be on guard for as I don’t know his full past and just want to keep everyone safe.

Here is one more photo since I have too many in my phone. He still isn’t a big eater but I have gotten him to put on about 15lbs since I have had him.

Damn what a great lookin little guy. Love your story brotha. Love to see a pup like that get a great chance somewhere.
D 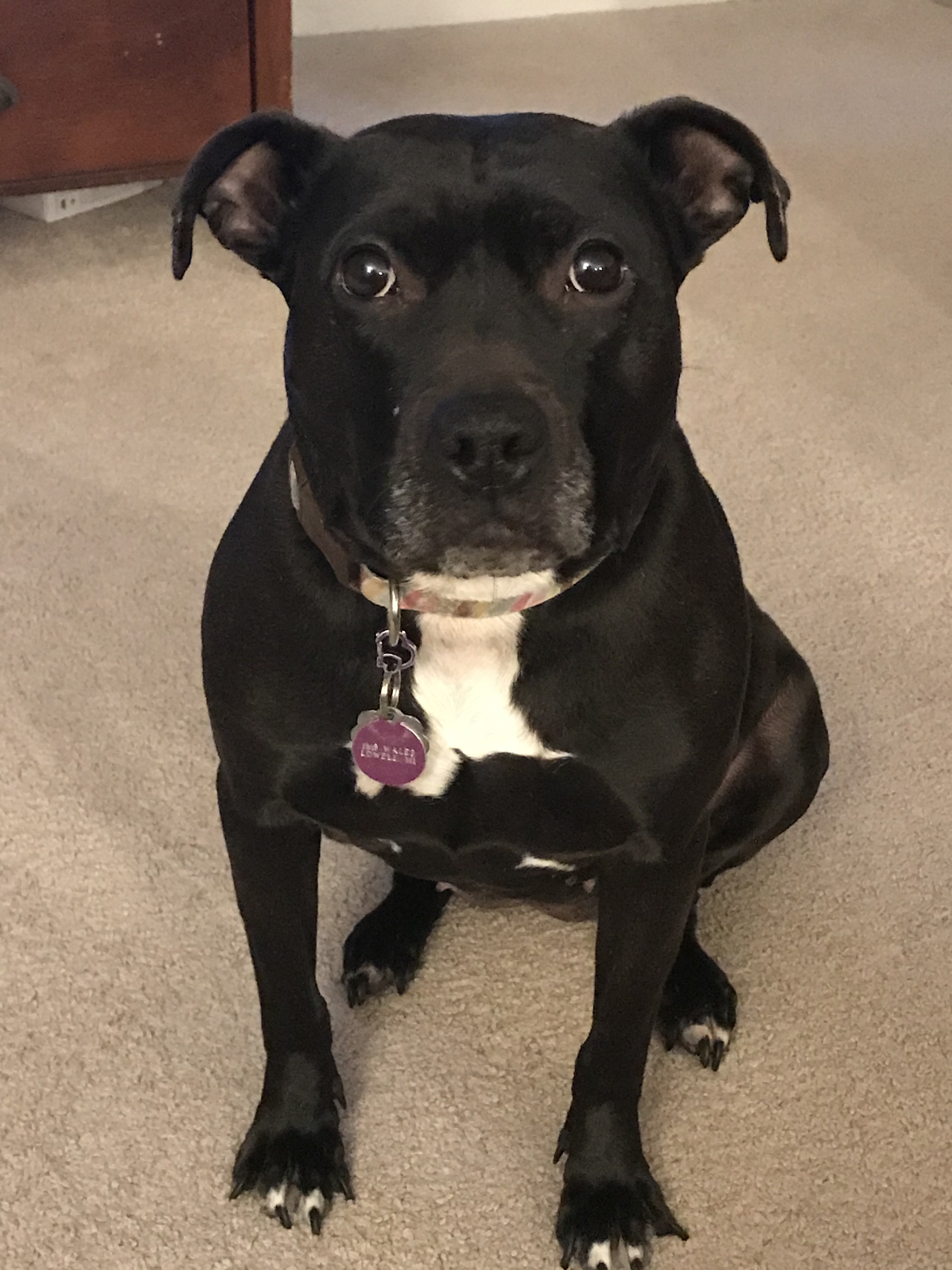 This is Janey. We got her as a rescue. She was beaten pretty bad. We got her 4 years ago and she’s the sweetest thing

Dlachowski said:
View attachment 119937
This is Janey. We got her as a rescue. She was beaten pretty bad. We got her 4 years ago and she’s the sweetest thing
Click to expand...

Nice k9. Great of you to have rescued her.

Dlachowski said:
View attachment 119937
This is Janey. We got her as a rescue. She was beaten pretty bad. We got her 4 years ago and she’s the sweetest thing
Click to expand...

Awesome! Same timeline as me and my rescue and looks like the are mixed with some of the same stuff. You ever do one of those DNA test?

Heres some info on the possible link between grain free and heart disease. 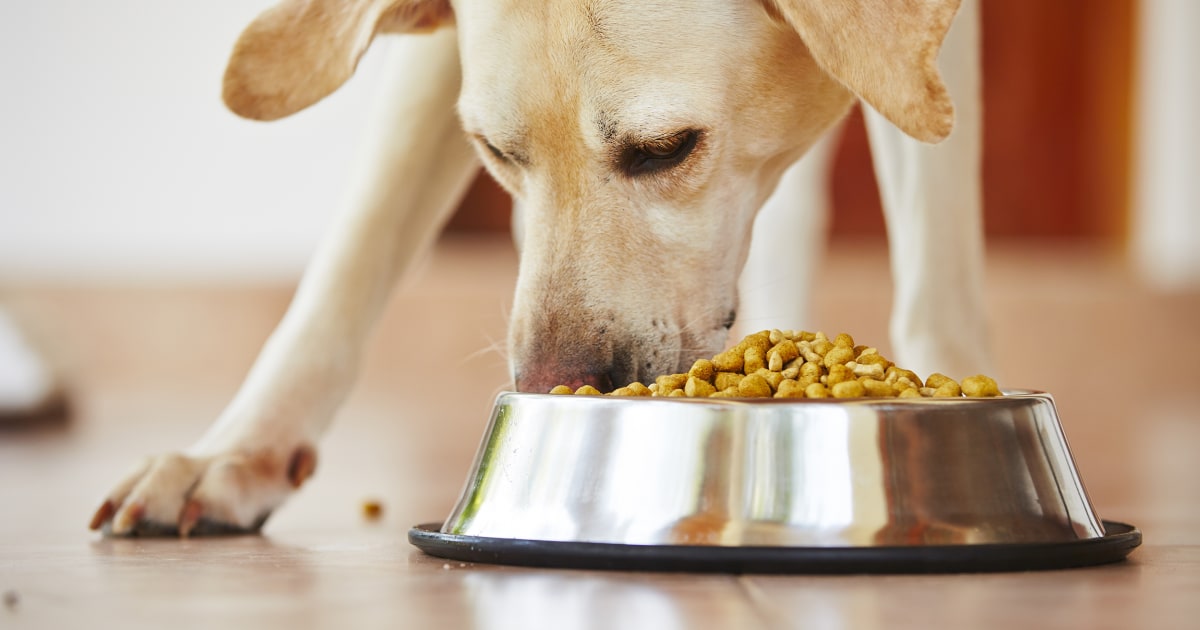 For the first time, the FDA names 16 brands of dog food linked to canine heart disease

The FDA is investigating more than 500 reports that appear to link dog foods that are marketed as "grain free" to canine dilated cardiomyopathy.

My vet recommended we switch our dogs food after discovering she had an irregular heartbeat.
D

BeastMode said:
Awesome! Same timeline as me and my rescue and looks like the are mixed with some of the same stuff. You ever do one of those DNA test?
Click to expand...

I haven’t but we’re pretty sure she’s a pit/lab mix. Your timeline is eerily similar. Janey was in a foster home for 6 months before we got her so she wouldn’t be afraid of people because of what happened. She almost died from how she had been treated

Dlachowski said:
I haven’t but we’re pretty sure she’s a pit/lab mix. Your timeline is eerily similar. Janey was in a foster home for 6 months before we got her so she wouldn’t be afraid of people because of what happened. She almost died from how she had been treated
Click to expand...

I was told mine is a boxer/mix which mine has narrow hips like a boxer but they also probably labeled him that way to make it easier for adoption and has helped me when getting apartments in the past. I’ve had some apartment question was mine a pit and I had to show them my papers.

My rescue babies, sweet as could be.
Mutt #1 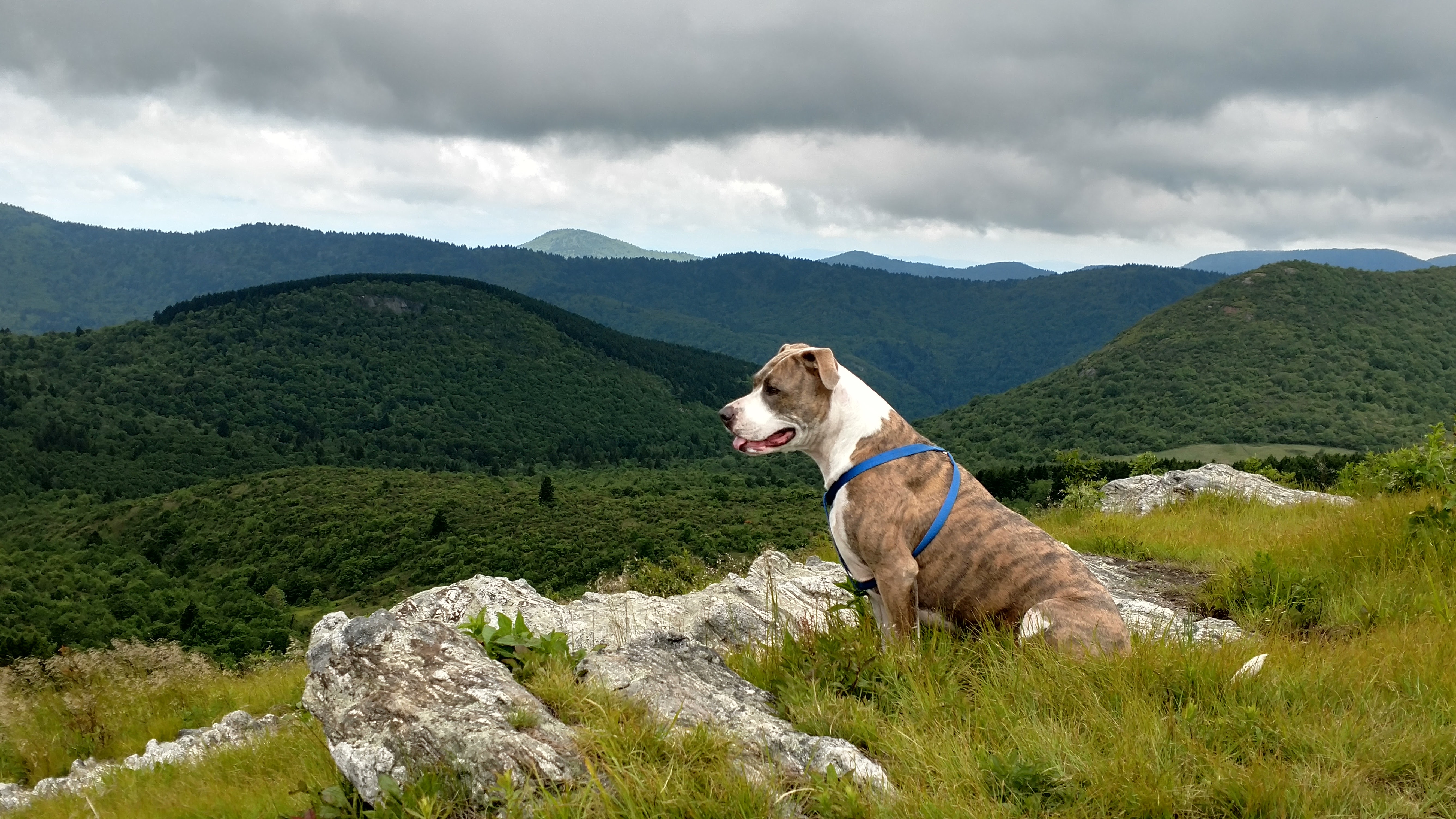 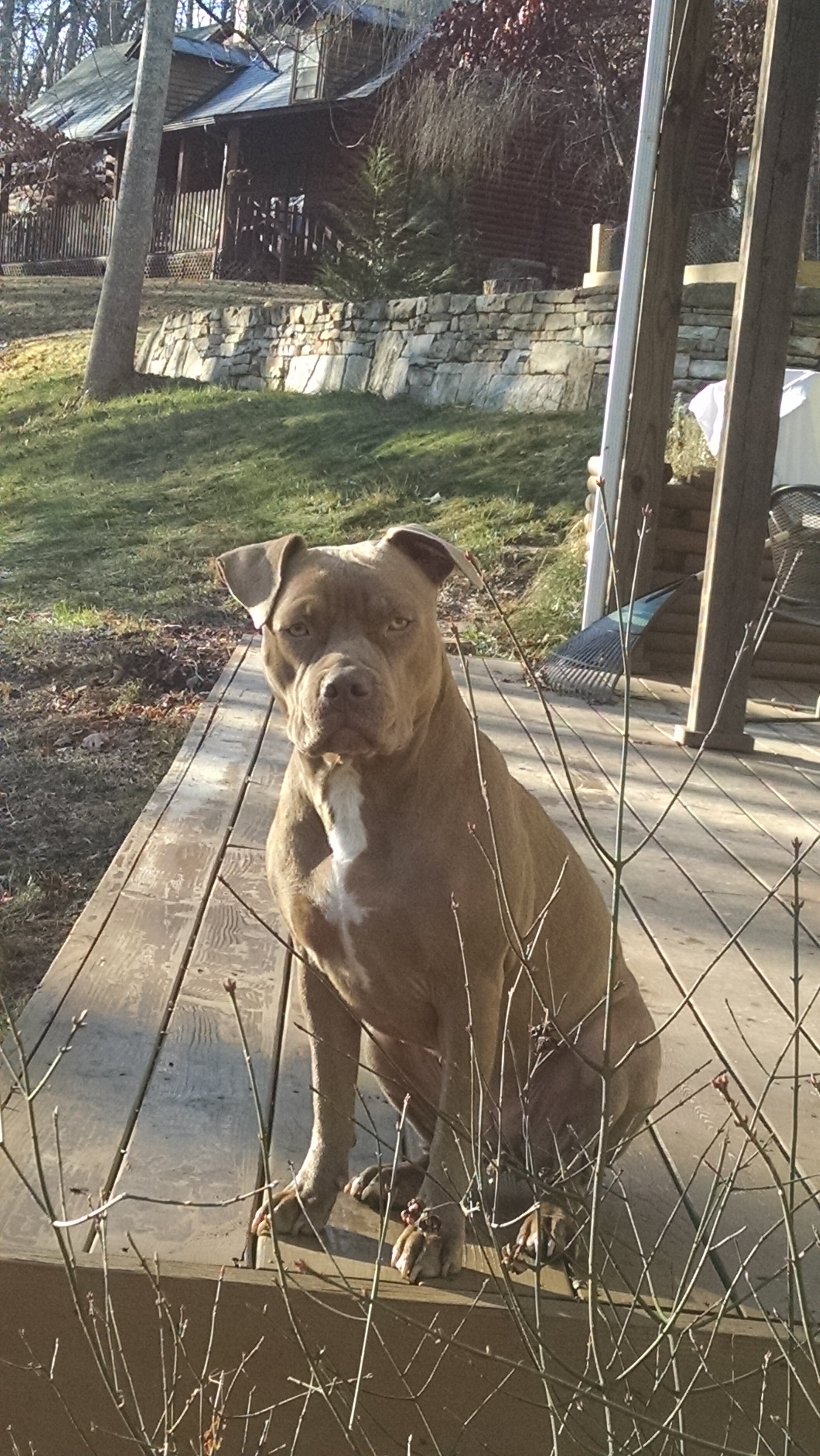 Emmy my Blue Pit. Thank God we’re back in Florida. 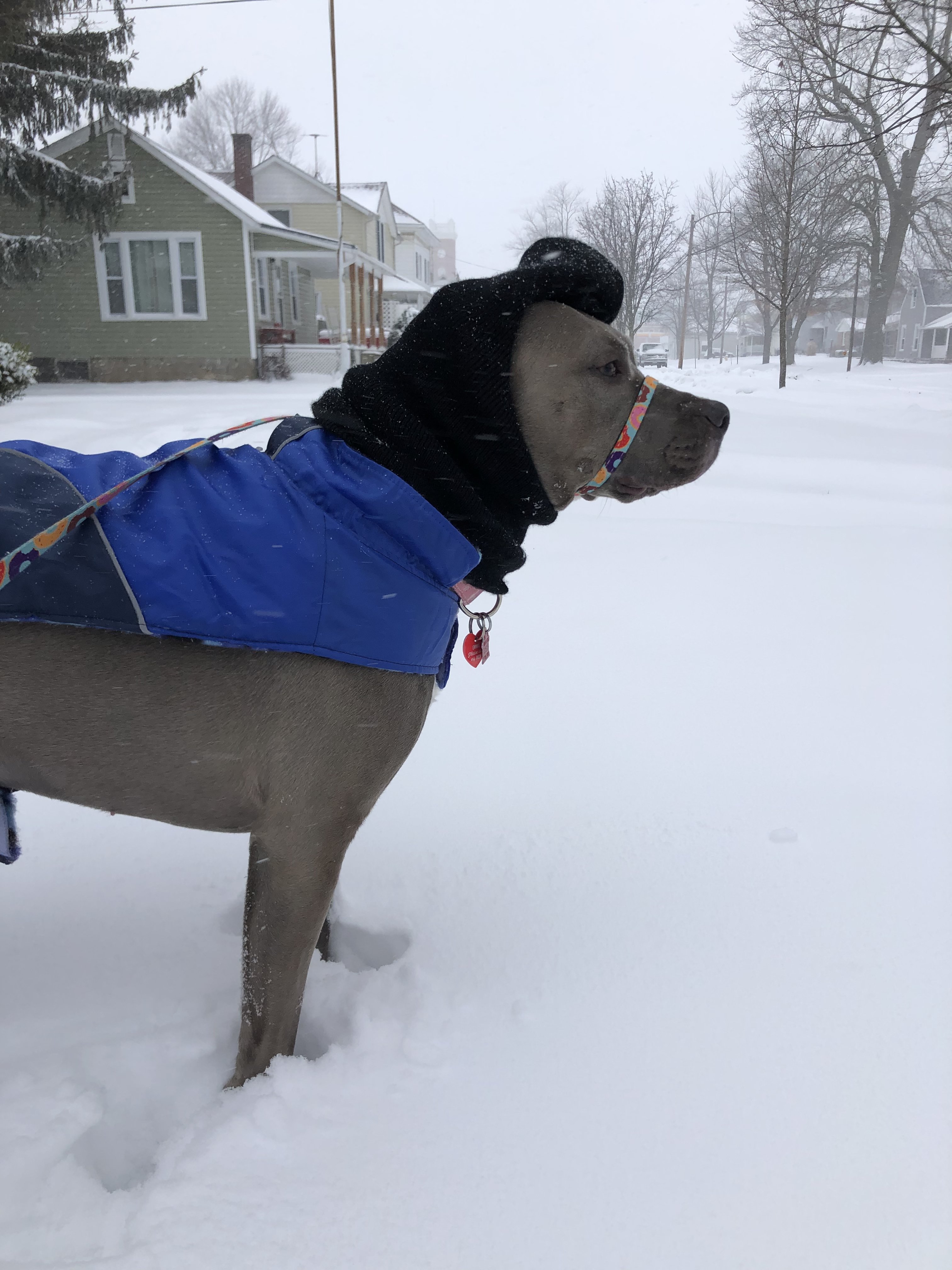 This is my mom's chi-pit Judah. Yes he's half chihuahua and half pit. 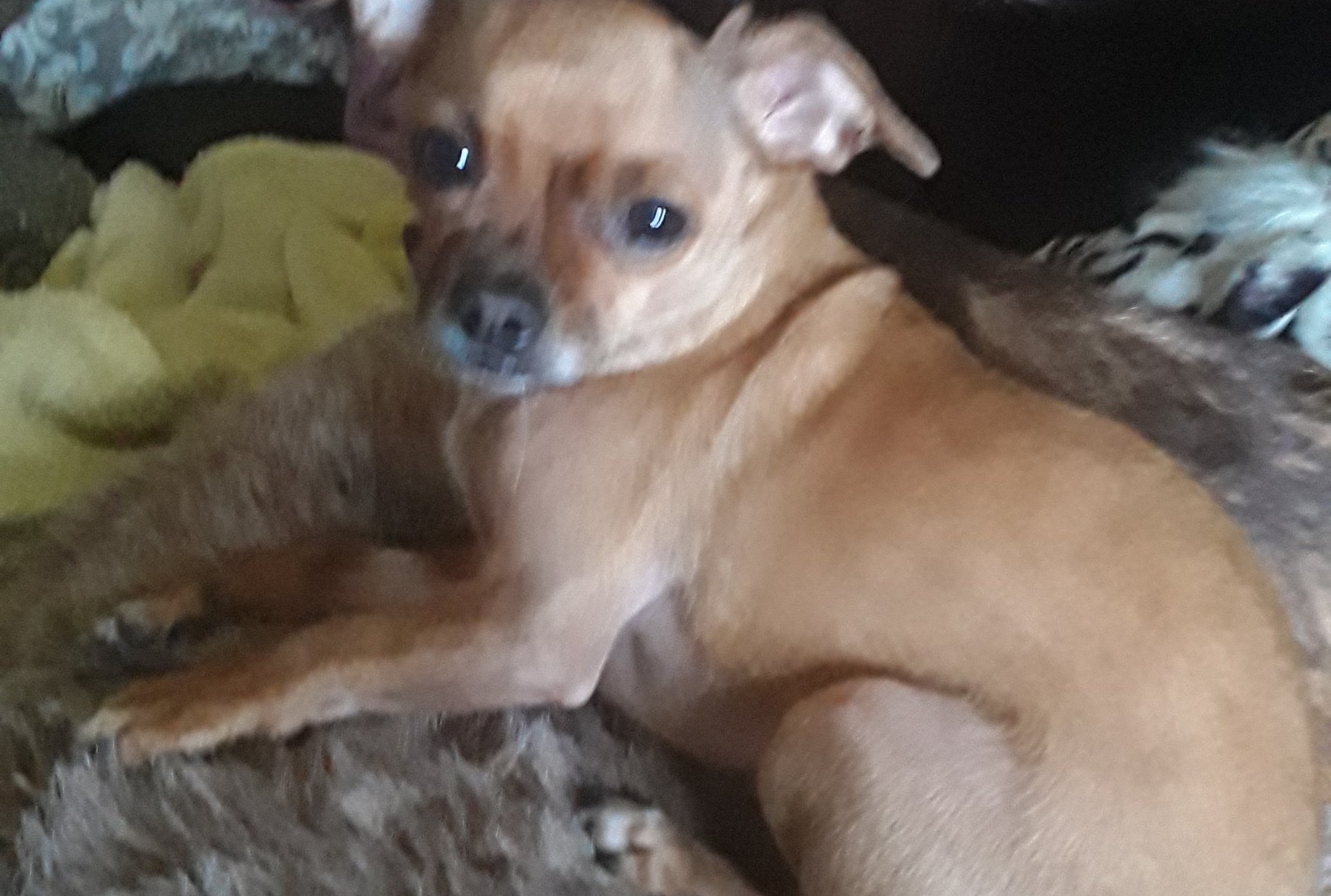 He's practically mine, I have his ass most of the time. Lol 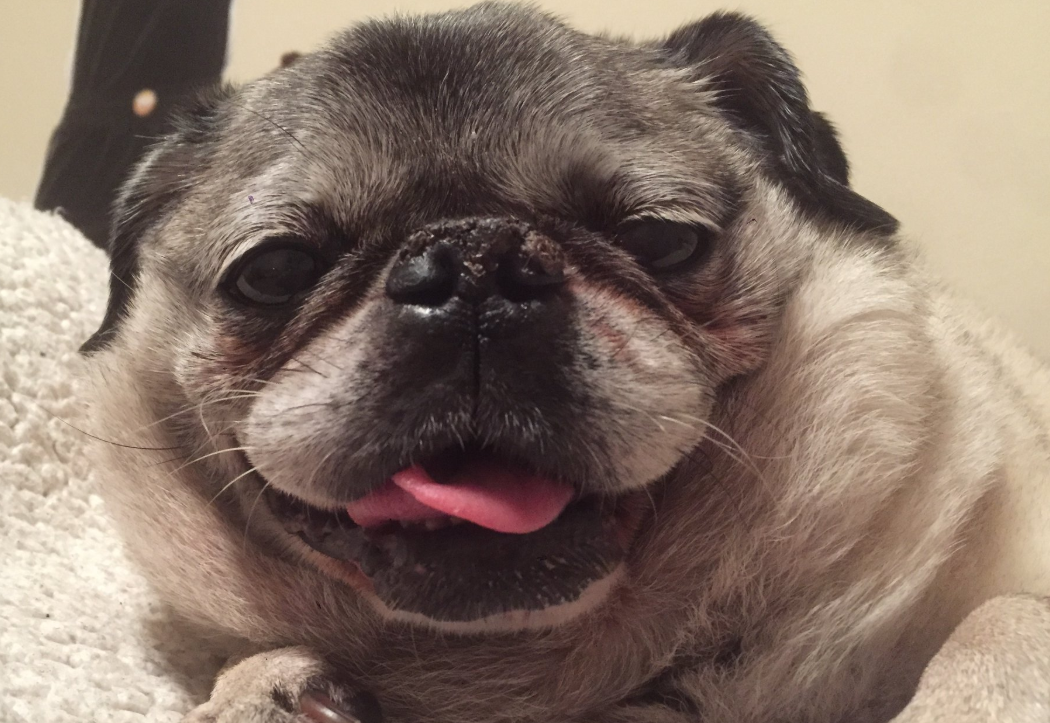 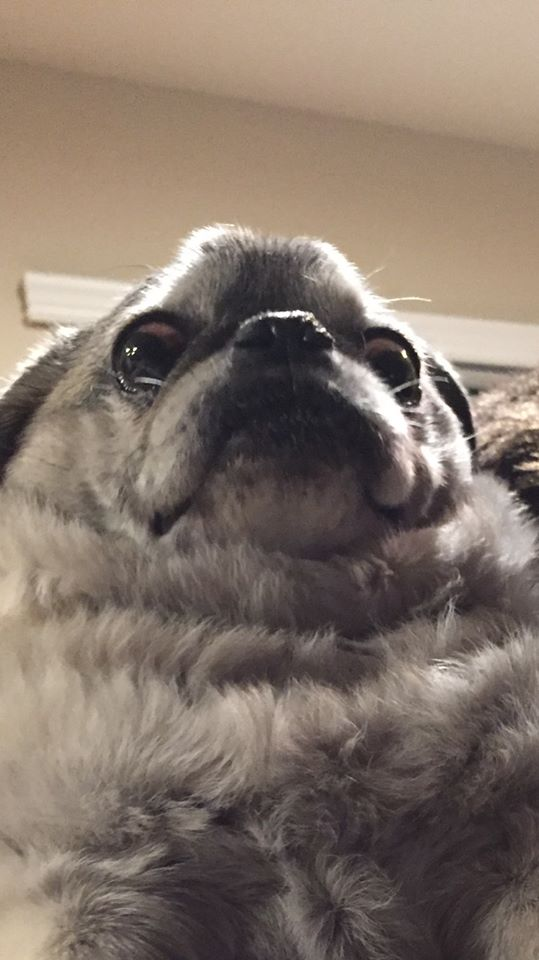 Rellyrell said:
Used to breed German, American, and Belgium Shepherds; primarily German Shepherds. Love them. After our last German died of natural causes, the family & I took a break from The Shepherds.

Raised our first Akita from a pup. That little sucker got huge....like 125lbs huge, and had the aggressive trait. Loyal af, too. Name was Kuma (Japanese for Bear b/c he looked like a bear.)

Living in the hood; the mentality of dogs is different. Some view as pets, while others view as money makers (Pits/Rotts). Caught my next door neighbor hanging & beating his pits. My dad called Animal Control to rescue them; Sheriffs pulled up to to give dude a warning. He looked at our house, threatened my dad; proceeded to beat his @$$. Next day, him & his family moved. He left my family a parting gift; poisoned my dog. My dog died the next day and I never recovered. Never owned a dog again.

Never could find dude, and my other neighbors who knew his girl wouldn’t tell me where they moved, b/c they already knew what was going to happen, b/c they know me. I always get butterflies seeing dogs; I love them...been around them practically my entire life. But owning again? Man, seeing ur dog gasping for life....man, I don’t think I can ever own again. That experienced traumatized me & my father.
Click to expand...