Baba Yaga said:
Wait unti Borregales gets drafted, that's my dude. Maude's are gonna have to make some judgement calls.
Click to expand...

I'm here for this.

Happy Greg went to Buffalo, weather not withstanding. Better than being drafted higher by some team like Cincinnati or Detroit, and never sniff a Super Bowl. Yes, his first contract would have paid more higher up but he’ll still make millions in Buffalo and play for a contender.

Ask Dre Johnson what it’s like to spend a decade-plus in the NFL and rarely make the playoffs. Think he’d trade a few million to have been drafted later by a winning organization? Win a SB ring?

grover said:
Buffalo building something off of the Patriots ashes. Phins going to face a tough defense.
Click to expand...

They have had the best d in the division for years now.


The Pats d wasnt scaring anyone in the division

Piece of $hit to the fullest. I concur BIG TIME.

15.5 coverage sacks. Maybe we should bring back Rumph after all.

Beane gets it. The thing nobody talks about with Rousseau is his instincts:

“He covers territory. He takes long steps, he stresses the tackle with his length. There’s a lot of ways to win as a pass rusher. Not everyone is going to run 4.36 and explode off the ball,” Beane said. “The other part of it, he’s got the intangibles. He’s got a knack. There’s a lot of instinct and feel at various defensive positions, but this is another one. There’s so many guys that get drafted that are explosive, but they can’t get the quarterback down or they can’t find the quarterback. This guy, you don’t just luck into 15.5 sacks.”

TheOriginalCane said:
Where all the GR-15 haters this morning?

I wish someone would have made a ban-bet with Krazy.
Click to expand...

Ain’t no GR15 haters here at all ... but definitely lots of second guessing on a very BAD decision that hurt him getting his max contract—- likely promoted and encouraged by parasite Drew Rosenhaus

Truth 2: if GR played opposite JP they would both Slaughtered opposing QBs and maybe helped team win 1-2 more games

Truth 3: based on above he would have been picked AHEAD of JP - likely inside the 10-15th pick.

Truth 4: his opt out cost him many millions of $ and shot at roster spot with the Phins

This topic is now only relevant to the current players on the team.

I hate to say it but Bama is the new “gold standard” in NCAA football development for the eventual draft:

2) GO WRECK SHYT ON THE FIELD FOR YOUR TAPE

hydro66 said:
Piece of $hit to the fullest. I concur BIG TIME.
Click to expand...

ESPN made Mel Kiper in the 80s when they made the NFL Draft into an event. It was either that or beach volley beach in Santa Barbara. No competition. He has been a clown act for at least 25 years. It's similar to bringing Chris Berman out of moth balls for Monday Night Countdown. Cringe worthy. He hasn't been funny since The Waterboy.

NYCane89 said:
Dude was basically saying that he's a project. Not sure if that was him but someone said coaches like him but scouts don't like him. Lots of coverage sacks, late QB sacks, etc....

Most sacks are not simply whooping your man on the outside and nailing the QB. The sacks GR will get are the sacks most dudes won't get because they can't reach the QB. He's going to get a LOT of sacks because he gets himself in position to use his long arms and frying pan size hands. He's a different kind of DE that people simply don't understand how to judge.
C

NFL Network from now on tired of these talking heads on ESPN trashing young men on the biggest day of their lives. You can be critical and be professional at the same time. You would Booger was the most dominant lineman in league history. Wasn't that hard playing next to Sapp.... 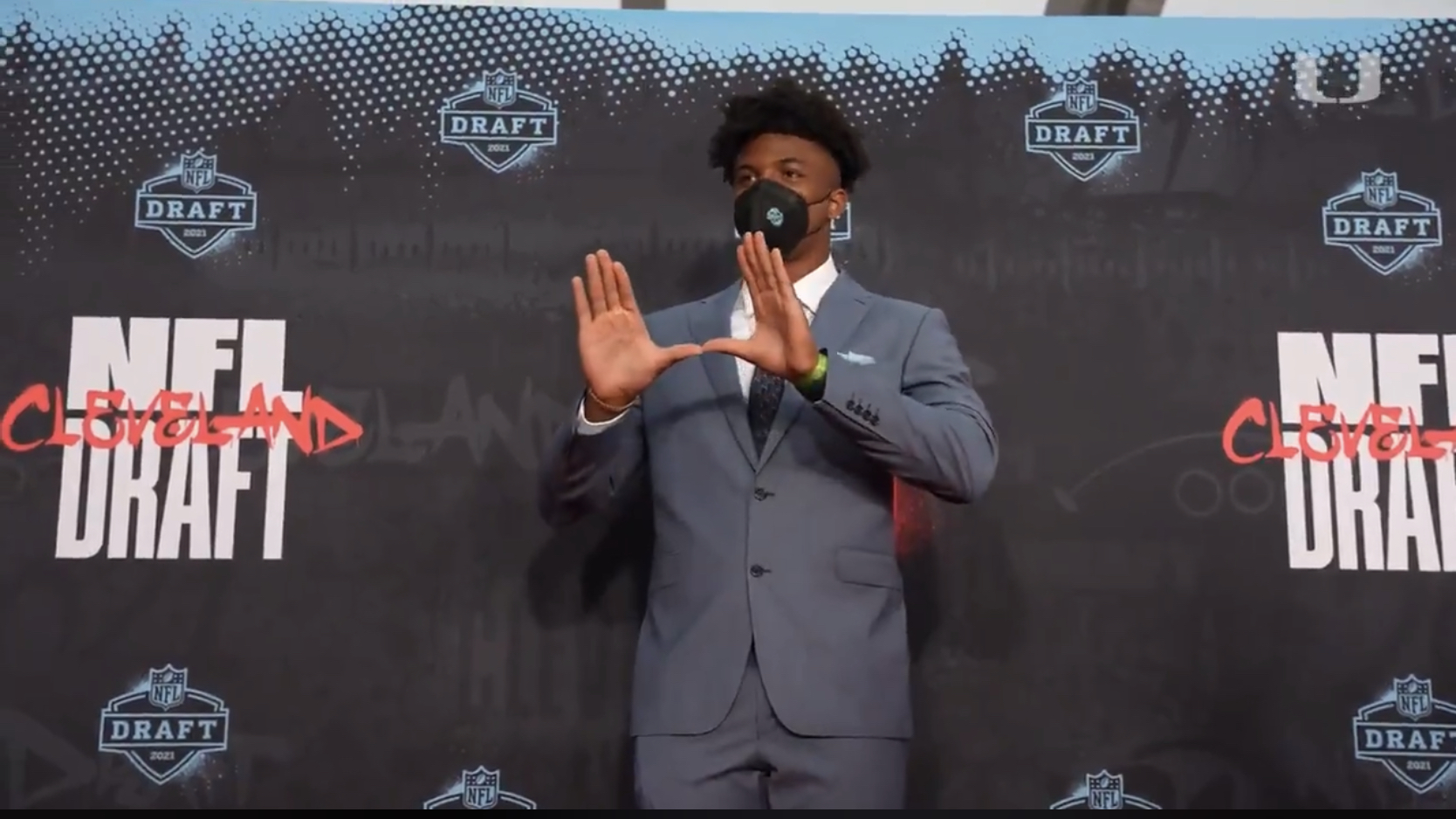 TheEye said:
Two DEs in the first round. How often do we see that here?
Click to expand...

Not since lng and holmes iirc.

DMoney said:
15.5 coverage sacks. Maybe we should bring back Rumph after all.
Click to expand...

haha that was such a ridiculous comment by these guys...and while they’re saying it the highlight package shows like 10 solo sacks

No_Fly_Zone said:
I'm here for this.
Click to expand...

blushrts said:
Everyone else in the ACC played those same "lousy teams" and could have moved a guy inside, but somehow no one else got 15.5 sacks.
Click to expand...

NYCane89 said:
Dude was basically saying that he's a project. Not sure if that was him but someone said coaches like him but scouts don't like him. Lots of coverage sacks, late QB sacks, etc....

Plus every player with sacks gets coverage sacks and late QB sacks..

Man I hate Buffalo as a Phin fan but to get a call from one of the best to ever play the position is amazing. Buffalo is going to LOL at all the teams that passed this monster up when GR starts to dominate.

Entire Team Will be Ready Tommorow
2