Who is last big school with a fighting chance ? Seems like just Georgia with him talking to Lanning right ?

gacaneaddict said:
Once Shemar talks to Tyrique he can set him straight on the puppies.
Click to expand...

Man that’s such a good point that I hadn’t thought about. If I’m him and sitting down with Tyrique for a long talk.

Not worried about Georgia now especially since we just had two first round DEs.

Hoyacane1620 said:
The OSu board pretty much came to the same conclusion: he has little interest. They didn't think he showed enough respect or appreciation for how great a coach Larry Johnson is... LOL
Click to expand... 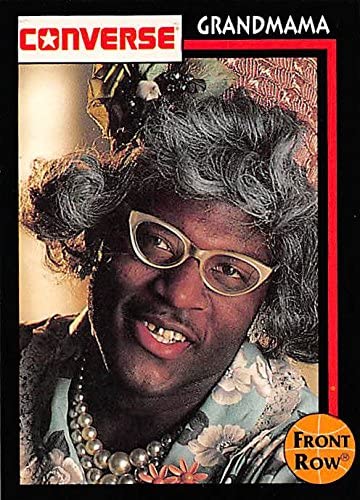 canes732 said:
Wish he would be the class ambassador
Click to expand...

He will be don’t worry

Hoyacane1620 said:
Ivins spoke to him after FIU camp -

While there's no question that Stewart is comfortable with the Hurricanes having visited Coral Gables multiple times over the years, those close to the All-American believe that Georgia should be considered every bit of a player in the recruitment. That's why it was notable that Stewart attended a camp at FIU that the Bulldogs were working on Monday and got a chance to interact with UGA defensive coordinator Dan Lanning.

"It was good," Stewart told 247Sports. "He cleared up a lot of things that I was curious about."

What exactly did Stewart want to know?

"Just the kind of system they run," Stewart said while acknowledging that Georgia views him as a "four-down" lineman.

Stewart had met virtually with Lanning a number of times during the NCAA's temporary dead period. Monday, however, marked the first face-to-facer interaction between the two.

"He's a really good guy," Stewart said of Lanning. "He speaks the truth."

Stewart has never been to Athens before. That will change on June 15 when he checks out UGA with his high school teammates.

What does Stewart want to see?

Stewart is unsure at the moment if he will take another official visit this summer, but confirmed that both the Hurricanes and Bulldogs will receive official visits from him later in the process and likely much closer to the Early Signing Period.

Stewart is camping at Ohio State on Wednesday. He will then make his way over to Notre Dame for another camp on Thursday before returning to Miami on Sunday after he participates in Under Armour's Future 50 even in Bradenton, Fla. on Saturday. Other known stops for Stewart over the next few weeks include: Florida on June 14, FSU on June 16, Clemson on June 17, South Carolina on June 18 and Alabama on June 19.
Click to expand...

All maybe true about Georgia but his best Buddy James Williams spurned Georgia for the good guys, so I’m sure he’ll be in Stewart’s ear

He hasn’t taken his OV to us yet has he? It’s been all unofficials?
T

dantheman349 said:
He hasn’t taken his OV to us yet has he? It’s been all unofficials?
Click to expand...

Gru said:
Who is last big school with a fighting chance ? Seems like just Georgia with him talking to Lanning right ?
Click to expand...

What day is Paradise Camp?

Gru said:
Who is last big school with a fighting chance ? Seems like just Georgia with him talking to Lanning right ?
Click to expand...

His coach really whoring him out

The sureness of this board in him already being a Cane makes me unsure.

tsimonitis said:
His coach really whoring him out
Click to expand...

Bus tour with kids from Pace.

bornagaincane said:
Is English not his first language?
Click to expand...

People don’t realize how this is interpreted to black people especially when you rarely hear white players described as “well spoken”.
D

So they forced him to workout lol

Hoyacane1620 said:
Interview Shemar gave the OSU guys yesterday after he worked out for Day and Johnson

After watching that video, watch this one and tell me you don't feel encouraged.

Didn’t he say he views himself best in a 4-3, or was that someone else? If it was him, you can cross off the majority of those schools

ThomasG954 said:
Didn’t he say he views himself best in a 4-3, or was that someone else? If it was him, you can cross off the majority of those schools
Click to expand...

he doesn’t have the burst for a 5 technique. Sure, he’ll get a chance at DE but his ultimate move will be a 3 tech DT.
C

If he starts to lean towards Bama or Clemson, I'll be back to read about how he's not that good.
But I hope it doesn't come to that.

AUcane said:
he doesn’t have the burst for a 5 technique. Sure, he’ll get a chance at DE but his ultimate move will be a 3 tech DT.
Click to expand...

I think he could be a SDE but that is another conversation.

My comment was about how HE viewed his best fit b/c if it was him who said that, then that puts a lot of the upcoming schools further down the pecking order.