People forget last year we were utter garbage. Hard to get a team to win when they DONT KNOW HOW TO WIN.

I want to see how Manny responds the remainder of the season.

I'll know based on how he responds to the defense, special teams, and late-game situations. The quicker and more decisive the better.

OriginalGatorHater said:
I am getting a bit worried. I have been agreeing with a ton of your posts lately. @Dwinstitles am I in the twilight zone?
Click to expand...

We'll be more relevant than we have been.

As for MNC's, we will never be a consistently dominant team like in the past. Every three to four years, we'll get a chance, but that's the best I see.
M

TemplarCane said:
I want to see how Manny responds the remainder of the season.

I don't see Manny keeping things/people around that won't work but we'll see.

ItsAUThing.com said:
Put it this way—I think Manny Diaz is Miami's only viable option here and now in 2019 and believe he has the DNA to get it done.

How fast he can get things going; I have no idea, but two years from now (early 2021 season) isn't going to have this program where an entitled fan base wants it. Not after 15 seasons of mediocrity. Look how long it took Dabo to build a winner in Clemson; their fans were trying to run him off after year 4.5—despite him winning the division three times and the conference once. (Lost 77-33 to West Virginia in the Orange Bowl that season.)

I also think this job is nowhere near as enticing nationally as our fan base thinks it is—and I know that a fifth different head coach in 14 is sh1t for a program's continuity, so our fans better hope he's the guy—instead of some of these moronic, "Back up the Brinks Trunk or Urban Meyer and do whatever it takes to get him here—but we won't, because this program has no balls." (News flash; if / when Meyer comes back—he will have bigger, better options than 'The U'. He will go to a football factory where academic standards are non-existent.)

Most college coaches are drawn to the sport at this level because they love small college town atmospheres for the wife and kids—as well as the pageantry, the undying fan support, the packed stadiums on game day. Miami is an event town and a pro sports city. Nothing about the experience is collegiate or enticing for a coach and his family—which is why UM has generally attracted climbers who saw it as a stepping stone to the NFL; not lifers who have a long-term plan.


Look at every coach Miami hired in the modern era (1979-2019)—outside of Richt, every guy was an up-and-comer and not a known name. Richt was an alum and South Florida native who came back home to give it a whirl at his alma mater and three years in, punted rather than dig in for the fight.

Schnellenberger was the Dolphins' offensive coordinator. JJ was an Oklahoma State head coach, barely above .500 (29-25) and never beating the likes of Oklahoma or Nebraska. Dennis Erickson had Idaho, Wyoming and Washington State on his head coaching resume before heading south. Butch was a third-choice defensive assistant of JJ's in Dallas who came back to Miami because he enjoyed his time as a defensive assistant at UM in the eighties.

Coker was a substitute teacher promoted from within and asked not to screw thing up. Shannon was a low-rent hire when the program had a massive PR image problem (re: FIU brawl, Pata murder) when no one else wanted in—and so in over his head, never saw a position better than linebackers coach until UCF in 2018 (I'm not counting that trumped up title at UF; linebacker coach, but also co-DC and assistant head coach because McElwain needed him to help recruit in-state.) Golden was another up-and-comer because of marginal success at Temple; picked over names like Randy Edsall and Marc Trestman.

Diaz is the closest thing to Davis in that sense; Butch coming along when things weren't riding high—but having spent five years in Coral Gables during the glory days, understood the expectation and the blueprint for success. He had some massive growing pains early and wasn't a good game day manager—but navigated Miami through the probation years, recruiting like a beast and putting together a beast of a team; albeit two decades ago when there was less parity in the sport.


Wrapping this rant; I buy into Manny's vision for what it takes to rebuild this thing, I buy into his work ethic and I believe he has the head to be the CEO of this program—making Miami look better than it has under any previous coach since Davis left. I think it takes a guy like him to dig in a do this—and don't think a lot of guys like him have the heart, stomach or grit to rebuild this thing from the ground up, as things have gone completely off the rails the last 15 years.

What I don't know is how long it's going to take, or where things will be in two years.

I won't call for this team to win out ... but I wouldn't be shocked if it did, based on the schedule. I think 9-3 is more realistic at this rate—but things set up well with Bethune, C. Michigan and a bye before Virginia Tech on the 5th. Virginia and Georgia Tech at home, as well.

At Pittsburgh and at Florida State aren't going to be as daunting as Chapel Hill the second week of the season; primetime, sold out game, Louisville at home, FIU up the street and at Duke to close the year.

I think we'll see noticeable improvement as this season goes on and believe these kids will grow from two close losses.

Others are going to hammer 0-2. So be it. Everyone is tired of losing and if that's where they want to focus, that's on them.

I see improvement and a team that didn't quit the past two weeks; which isn't something I could say for this program the past 15 years. I also see a quarterback who is capable of greatness, running backs who get after it and one of the premier tight ends in the country—which negates the resentment the defense had against the offense the past few years, which is going to help tremendously this season.

This thing is already on a better track than most want to admit—but I also understand people not being able to find any good after an 0-2 start and losing to two hated teams, as this drought has been long and painful.
Click to expand...

Critical thought put to pixels, so rare on this website.

I know you have your own thing, but it would be nice to see you post more here.

Two games in to early to tell, We lost the two games by a combined 7 points. Each game your kicker missed a field goal(s) that cost the team huge. I think Manny is still our guy, Enos offense looked much better last week, Baker has lots of question marks surrounding him after last game.

dog if he gives up after two games the ultimate homer u know damn well this is the wrong hire, now all we need is austincane and then shyt gets real

I feel like Manny understands the culture of Miami, and have not had that in a while

Gsugradcanefan said:
UNC was 2-9 last year and are now 2-0 after beating two P5 teams. No excuse for Diaz and his staph. I'm not on the "fire Manny" train but i wish people would stop making excuses for the man.
Click to expand...

Not making excuses both games were winnable late in the fourth.I was saying coach staff which the hc is a rookie and after last season this team knows how to play a game but it hasn't learned what it takes to win.we could be 2-0 stats bear that fact.but we are 0-2 with a lot of young players first time starters .
S

Thank god the message boards weren’t around after the 86 Fiesta Bowl vs Penn State.

CaneDogX said:
He's our guy. He is a Miami guy and will get this program back on track. The man has JJ on speed dial and will hold people accountable.

Give him time. He HATES to lose. HATES IT. He understands Miami better than any coach we've had in over a decade.
Click to expand...

How is he “a Miami guy”. His degree says FSU. He is a nole not a Cane. He might become one but at the moment he looks all nole — lot of talk and no action. Needs to win frigging game and leave the other team red faced.
R

If Manny is who many think he is (a Savage), he will need to handle Baker quickly in such fashion if Baker can't turn it around quickly.. Just remember Saban canned Major Applewhite as OC after his first year at Bama bc he realized he made a mistake... 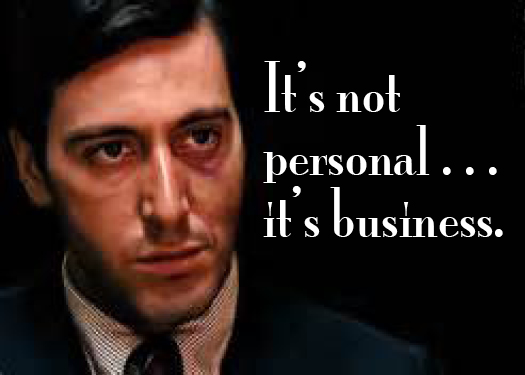 I will find out what Diaz is about on signing day. I know he can improve if he doesn't have the right coaches and he'll fire coaches. The question is, can he recruit?

Still in his corner.
Not high on much of his gameday coaching thus far, but I think he'll get it turned around.
T

troyskiles said:
What fvcking dipshits call for their head coach to be fired after 2 games???? This board is ridiculous. I don't like being 0-2 either, but come on. What coach turns chit around in 2 games. You motherfackers have lost your minds or need to take a xaynax. How ever the fvck it is spelled.
Click to expand...

he’s turning around something that he was a major part of the previous seasons?

you just said how you believed in Mork as well.
T

ramumcane said:
Gut feeling. He will succeed here. His youth is a plus. He has energy ,determination and passion He appears relentless toward goals. His explanations have clarity and vision. I was very pleased with Manny reaching out to JJ and taking the staff to meet with JJ at the Keys. Manny will be seeking advise from JJ that alone gives me the confidence of his success . His defense and improvements from the D'Onorio mess was a quick turnaround. It' a big step from DC to Head Coach but gut feeling is positive
Click to expand...

Al Golden called and hung out with JJ too. Just stop, you sound ridiculous.
B