DMoney
Jul 9, 2018
Over the past decade, we’ve seen a steady stream of superstar college QBs from South Florida. Lamar Jackson, Geno Smith, Teddy Bridgewater, Shoelace Robinson, Winky Flowers and others have put up big numbers and won games for their programs.

Although I expect that trend to continue, this class is a bit of a step back. There are good players, but not too many Power 5-caliber playmakers. With that said, it’s easy to envision some of these guys putting up numbers in the right system.


Gio Richardson- 6’1, 195, 4.67* (Oxbridge)- FAU commit and the top QB in Palm Beach County. Threw for 1,593 yards and 24 touchdowns while rushing for 495 yards and another nine scores. Played well in state title game against Chaminade. Strong runner who excels on vertical throws. Can drop the ball in a bucket.

Isaiah Velez- 6’0, 160* (Northwestern)- Smooth pocket passer who models his game after Ken Dorsey. Underrated in my opinion. Always on balance. Transferred from North Miami to compete with better talent. Fringe physical tools but excellent accuracy. Turned heads at the LSU camp. Has some FCS offers but should get FBS interest with a big season.

Daniel Richardson- 5’9, 190* (Carol City)- One of the most prolific, but mistake prone, QBs in South Florida history. Started since his freshman year at Booker T (including state title in 2015) but will spend his senior year with Carol City. Built like a RB. Pass-first spread QB with similar arm talent to Treon Harris. On pace to challenge several Dade County records.

Cariq Rackley- 6’, 165 (Palmetto)- Precise and productive (21 TDs, 7 INTs). Led the resurgent Panthers to an 8-2 record. Excels on back-shoulder throws. Not a physical presence. Made his name as a standout freshman at Killian. UAB offer.

Kamran Kadivar- 6’0, 190 (Pinecrest)- Small school prospect with intriguing arm strength. Ball jumps out of his hand. Solid athlete who can throw on the move and from odd angles.

Jesse Rivera- 6'3, 190 (Western)- Tall, pro-style passer who transferred from Archbishop McCarthy. Will be interesting to watch how he progresses with better talent around him. Ivy league offers.

View as thread
Definitely a down year but one of these guys I’m sure will end up a stud in college. Always seem to happen
Ima go with Scalzo kid is a baller! Ya hes undersized but his command and leadership are p5 kid is a football player!!
Meh
Take that Scalzo kid, just in case we make it to the National championship game against Georgia and we’re down 23-20 in overtime, short QBs are their Achilles heel.
Why is the whole crop so short outside of Underwood? He will probably go all Rakeem Cato at Marshall.....
I liked what I saw of the Velez kid in his highlights against Atlantic. I actually think if he stayed at North Miami they’d have a chance to make noise in 8A region 4.

I’ve seen a fair amount of TJ Smith recently and I don’t think he has it to be an elite QB. I can see him at a group of 5 school but there’s a lot he has to do to even get that.

Definitely no Miami caliber QBs in the list. Maybe Scalzo if they badly want a QB for this cycle

DB4 said:
I’ve seen a fair amount of TJ Smith recently and I don’t think he has it to be an elite QB. I can see him at a group of 5 school
Click to expand...

I think "elite qb" came and went a long time ago if No MJJ for this cycle...So if you have a kid that can play power 5 locally, may take him...If a backup doesn't know soon, I'd offer Richardson/one of the STA kids/TJ Smith, and then make it the #1 need for next year, sending out about 8-10 serious offers instead 3-4 (2-3 of which we had no shot), and take 2 if 2 want to come, but def get 1.
Out of all the 7on7 and the camps that are played in the Tri-County. This is the best when it comes to QBs? That's pathetic
The Scalzo kid looked pretty good in my opinion. Solid arm, good accuracy. Moved his feet well. I wouldn't hate if he got an offer if MJJ does indeed fall through. They should be having a long look since Bogle is there.
So this won’t be a class we look back and ask “why didn’t we recruit___?”

Canes Stan said:
So this won’t be a class we look back and ask “why didn’t we recruit___?”
Click to expand...

This is CIS, porsters here would question why we declared war on Japan after Pearl Harbor.

Canes Stan said:
So this won’t be a class we look back and ask “why didn’t we recruit___?”
Click to expand...

Every class has those kids.

SpikeUM said:
This is CIS, porsters here would question why we declared war on Japan after Pearl Harbor.
Click to expand...

What does declaring war on Japan have to do with Pearl Harbor? 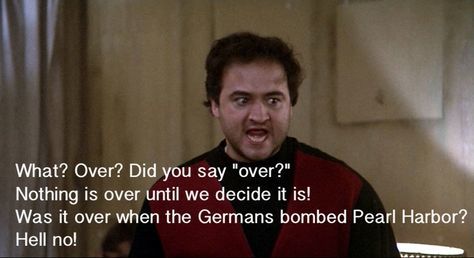 cowboycane said:
Every class has those kids.
Click to expand...

I’m aware. I was just joking.
Anybody negging anyone who’s saying we should get Scalzo doesn’t know **** about football and should quit watching all together. If he was 6’3, he’ll be considered a top 75 prospect and you’ll be begging Mark Richt to pursue him the way y’all are begging for Tai.

Zbrod95 said:
Anybody negging anyone who’s saying we should get Scalzo doesn’t know **** about football and should quit watching all together. If he was 6’3, he’ll be considered a top 75 prospect and you’ll be begging Mark Richt to pursue him the way y’all are begging for Tai.
Click to expand...

I’m more concerned about his lack of arm strength than his size.

Cuban-Cane said:
I’m more concerned about his lack of arm strength than his size.
Click to expand...

lol, guy chucked a ball 50 yards with zip on it and you’re worried about arm strength? Ever heard of a kid named Todd Reesing? Go take a look.
I mean, I think we all (those of us who aren't fortunate/degenerate enough to get to watch a lot of SF HS football) scoff at this list because we don't see the prototypical 6'3"-6'5" guys weighing 225, but that's never really going to be the SF QB scene. We've also seen that you don't need to be 6'5" to be a great college QB. We also shouldn't be worrying, at this point, and when recruiting players, about being QBU. It's pretty evident that championship caliber QB's in CFB and championship caliber QB's in the NFL are not the same guys, for the most part. This is one position where I could not care much less if we don't churn out NFL all-pro's as long as we're in the CFBP every year, and you could make the case you are less likely to do one, if you are doing the other.

If we have an open mind, who knows, one of these guys could be worth a look. Especially if they have the athletic ability to transition to another position such as RB or WR if it doesn't work out for them at QB1. We've definitely missed out before by turning our noses up at local QB talent for "more highly regarded" players, and then regretted it later.
Looks like little Richt is gonna have to keep racking up those frequent flier miles.
You must log in or register to reply here.
Share:
Facebook Twitter Reddit Pinterest Tumblr WhatsApp Email Share Link