Cory Grimes
Sep 10, 2018
The Canes cruised through Saturday on their way to the largest win in school history. While this game doesn’t really mean much in the grand scheme of things, it is always nice to get a W and get the train back on track. It also was an important game to get the young guys some valuable game experience against guys with a different color jersey. A lot of those said young guys gave a sneak peek of what’s to come in the next few years. In the process, several of them made their way into my post-game awards. It was a game full of highlight reel plays and several Turnover Chain sightings. I present to you the post-game awards from Savannah State.

This could have gone a lot of different ways in a game where everyone seemed to breakout, but I chose Jordan because he was consistently good each play he was out there. In his second game at UM, Jordan got to see the pigskin for the first time. He is such an impressive athlete. Going against a Savannah State defense, he could have gotten open with his eyes closed. He snagged everything that came his way with a team leading 7 catches, including 2 TD’s from N’Kosi Perry. One of them was a low ball across the middle, which he was able to keep off the ground and reel it in. This is the kind of player that could help end our red zone woes, especially in duo with Will Mallory, who also snagged an extremely impressive TD on a fade ball. These two guys are as advertised. Jordan is a next level player at TE, and he showed pieces of that on Saturday. He will become more and more of a focal point of the offense as the year goes on.

If you don’t like Nesta Silvera, I don’t like you. He’s a rare breed defensive tackle who plays sideline-to-sideline with relentless pursuit to the football. It doesn’t matter if it’s 3rd down and he’s rushing the passer or if he’s on punt return trying to block a punt, this man is full go all day. He proved he needs to be on the field much more. The play he made against the Savannah State punt team made my day. He flew off the ball with his hair on fire and hit the upback right in the mouth. The upback had no hope against Silvera as he flew back several yards into his punter and committed friendly fire by blocking his own team’s punt. Patchan got the easiest TD of his life as he scooped it up and walked into the end zone. Patchan was the one who got to flex with the Turnover Chain, but it was Jade who made the play. The effort Silvera showed on this play is championship effort, and he shows why he is a Miami Hurricane to the core.

I could have easily gone QB here, but I’m not going to continue to go down that path. I’m going with the former high school QB Deejay Dallas. I’m a firm believer that Dallas needs a lot more touches, and it’s no slight on Travis Homer. Homer is a downhill decisive back who’s able to churn out yards. That’s great when the O-line is blowing guys off the ball and creating big running lanes. That just isn’t the case with the UM offense, at this point.

Deejay Dallas is the type of back who can create something out of nothing. The first guy never gets him down, and he just has a way of creating his own running lanes. I liken his style to fellow Georgia native Alvin Kamara of the Saints. Dallas and Kamara are subtly powerful backs that have incredible balance and are able to just slither through defenders without taking hits. He showed that on a 34 yard run against Savannah State when he broke through the middle, made a linebacker miss and shifted his way to the sideline. He doesn’t need many blocks to make something happen. The offense is dangerous with him out there because there’s really nothing that Deejay Dallas can’t do on the football field. In my opinion, he needs to a see the rock at least 15 times a game.

Amari Carter looked like he was playing at a different speed on Saturday. He was playing with something to prove, and he proved he deserves more reps. Carter had 6 tackles including a sack and played with an energy that was noticeable from the stands. Oh and he had the hit of the night when he peeled off on a Savannah State defender during a Jeff Thomas punt return (side note: watching Jeff Thomas return punts is worth the price of admission). Carter is like a heat seeking missile, and at times that can be his downfall. He’s so eager to make the highlight reel hit that he may be a bit out of control, causing him to veer away from his assignment.

To me, his skills and passion for the game is something I couldn’t keep on the sideline. I can live with some of the growing pains with a player like Carter because he’s a guy who may make a mistake, but he’s going to make that mistake with 100% effort. If he can find a balance between that high energy and playing within the scheme, there’s no reason Carter shouldn’t be a mainstay on this defense.

View as thread
SSU kicker deserves an award for MISSING the field goal
Sensing a theme here from those who know what they are talking about.

Grimey tryin to do the same thing for CMR: 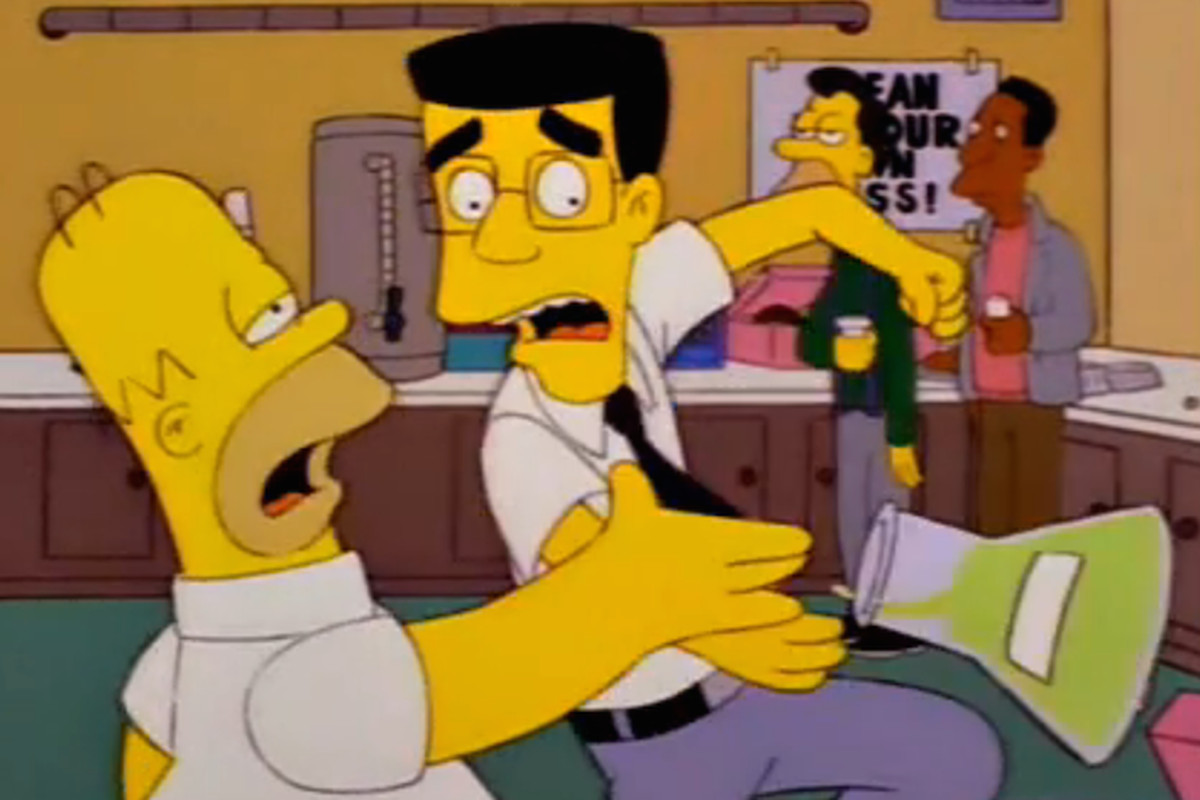 Thomas should start at PR.

Deejay should start at RB.

Lingard should start at KR.

Amari has a nice role right now on 3rd and long. Not sure what you call his position, other then Sniper. He either blitzes or spies the QB and it has been highly effective.
Lingard at KR makes a lot of Fn sense!
I’ve watched the Nesta play 1,000 times

That **** was incredible
What award does Feagles get?

The shankyouverymuch award
CMR recieved an Award....Unfortunately he forgot where he put it....
Bubba Baxa when 9 for 9 on XP's!
Zach Feagles gets the Spirit award
Put me in coach on defense for me is:Gurvan Hall

Anyone got a link?

He be shaqin a full
He’s our javele McGee
Who kicked the other two PATs?

Stacey Searels should have been left in Dallas. I mean seriously left. Like Richt tells him to go grab a beer while the team quietly drives the fvck away.

Maddog71 said:
Who kicked the other two PATs?
Click to expand...