Cory Grimes
Jul 20, 2018
Freshman Friday
Miami has a long history of big time ball carriers, and that trend has no signs of stopping. Edgerrin James, Clinton Portis, Willis McGahee, Duke Johnson, Mark Walton and that’s just to name a few of the workhorse running backs in Hurricanes’ history. Travis Homer came on strong as a true every down back in 2017, and Deejay Dallas proved he’s a problem for opposing defenses no matter where he is on the field. Homer, Dallas and the rest of Thomas Brown’s crew will be in even better shape with its newest arrival who may just end up being the biggest star of them all. All the way from the University High School to the University of Miami, the latest version of Freshman Friday welcomes 5 star recruit and 2017 Florida Gatorade Player of the Year, Mr. Lorenzo Lingard.

Scouting Report
I’m going to get this out of the way from the jump, Lingard has serious speed. But there’s fast, and then there’s Lorenzo Lingard. Lorenzo has a gear that most of us mortal humans simply don’t have. As an early enrollee in the spring, Lingard immediately displayed his speed on the track as he anchored the Canes’ 4x100 team into their season best time (40.44). But to me, when he hits the final gear, Lingard looks more like a horse in the Kentucky Derby than a track star. He has a picturesque running form, and it almost looks as if he is galloping his way to the end zone. After watching his film a number of times, it almost gets boring. There goes Zo, running past a hopeless kid, for a 60 yard touchdown, again. It’s safe to say that about 99% of the time Lingard has been, and will be, the fastest player on the field.

Lingard ran for 1701 yards and 26 touchdowns in 9 games his senior year. These numbers are even more astounding considering he played on an average team where the entire game plan was Lorenzo Lingard. Everybody and their mom knew Zo was getting the rock. Wing T, spread, I-formation, it didn’t matter how he was getting the ball; he produced. He showed good vision being able to quickly find small holes. I am personally impressed with his use of a jump cut in tight areas to skip away from clogged holes and into daylight. Lingard is not all finesse. He is more than willing to lower his shoulder on defenders when necessary. In my opinion, his longer frame and upright running style could leave him susceptible to some big hits at times. He will need to work on lowering his pad level consistently, especially in traffic, so that he can minimize the punishment on his body. He was effectively used in the screen game from time to time in high school and appeared to be comfortable catching the ball, but I am eager to see more of this part of his game and just how many ways this man can be used.

I can’t help but to compare his game to someone CMR is also very familiar with, Todd Gurley. Lingard has a similar frame as Gurley, at just over 6 feet around 200 lbs. with the potential to comfortably gain 15-20 pounds. Both guys have an erect, yet powerful running style with the ability to slither by arm tacklers and the speed to kill angles. They have elite balance which allows them to bounce right off would-be tacklers and break off long runs. Lingard, who is elite in the 110 meter hurdles, and Gurley, former hurdler as well, have the tendency to hop right over defenders with ease. Everything suggests that Lingard has the same kind of potential, to not only be the same kind of star on Saturdays but on Sundays for years to come.

2018 Predictions
Lingard got a chance to get comfortable with the offense as an early enrollee in the spring. He immediately turned heads with his speed but definitely showed he could benefit from putting on some more weight. Everything implies he’s doing just that. He left high school around 190 and he is now listed around 200. My guess is he will be playing at around 205 this year and could be up around 220 at some point. Dating back to his days at UGA, Richt has always kept a talented backfield. This year is no different. Homer has proved to be the feature back. Dallas looks to increase on his role from last year. Even Robert Burns impressed in the spring and is hungry to get some carries. So fortunately for the Hurricanes, they will be able to ease their future star into the offense.

My personal take is that Lingard could be held back a bit in 2018, not because of his ability, but because Mark Richt and everyone else knows how bright this man’s future really is. I think he’s good enough to get around 15 carries a game right now, but they simply don’t need to do that with the guys that are already in the running back room. He will certainly get his opportunities, but I imagine it will be sparingly early on in the year. I bet that there will be a couple plays per game just to get Lorenzo the ball in space and see what happens. It’s also likely he’s seen returning some kicks this year as well. I can’t wait for that first time Lingard gets out of the bag, and everyone’s jaws will drop when they see just how fast he really is. It may be some time before we see him as the focal point of the offense, but if he produces the way he’s capable, number 1 is going to be hard to keep on the sideline. Canes fans, just sit back and watch as Lingard gallops his way into a potentially legendary Hurricanes' career.

View as thread
“Lo”.
Cant wait to see this beast this year
Lingard, in my opinion, is the best back we've inked since Frank Gore. He's just a special talent.

ThomasM said:
Lingard, in my opinion, is the best back we've inked since Frank Gore. He's just a special talent.
Click to expand...

As good as Duke was, Lingard might be a notch above. Trust me, that's not a knock on Duke.
Not sold. Hope I'm wrong.

ThomasM said:
Lingard, in my opinion, is the best back we've inked since Frank Gore. He's just a special talent.
Click to expand...

Really hard to compare since their styles are so different but in terms of size and speed lingard is an impressive rb for sure
I love Fridays!

brock said:
Really hard to compare since their styles are so different but in terms of size and speed lingard is an impressive rb for sure
Click to expand...

Very different. They both just seem to find the endzone.

You are not going to sit here and tell me that Lingard, an incoming freshman who never surpassed Duke's yards or TD for any relative high school year (as a Sophomore, Jr, or SR), is a notch above the all-time leader rusher of the U.
A successful role this season would be for Lingard to make the defense know that they need to account for him. He needs to house one or two against LSU for sure but the other games early in the season. If he can get in the minds of defensive coaches to focus on him when he's in the game that can open some huge passing plays.
"There goes Zo, running past a hopeless kid"

I need to see the vision and cutting ability duke had before I’m willing to go that far. Kids going to be great regardless.

Astcloud11 said:
You are not going to sit here and tell me that Lingard, an incoming freshman who never surpassed Duke's yards or TD for any relative high school year (as a Sophomore, Jr, or SR), is a notch above the all-time leader rusher of the U.
Click to expand...

Hey, I said my opinion. You have your opinion and I have mine.
Duke was amazing. He's playing for the Browns...nuff said. They are very different players. Duke had the most elite stiff arm and saw holes nobody else does. Lingard has more size and speed. What's awesome is that Duke was the man as a true frosh. Lingard doesn't have to take on that burden and carry the team.

Lingard had a great HS career too. Hopefully he'll produce like Duke did while he's here.

“And together we’ll be fine... Cause it takes Different Strokes to move the world” 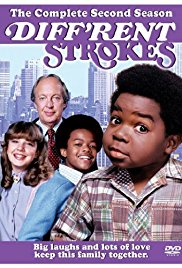 I'll enjoy watching this young man, as far as a comparison, I don't really know or care, he's a Cane and that' that for me.
Duke bashing again smh