IndayArtHauz said:
I think this is the third thread with a link or reference to this article.

Y’all have got to develop a thicker skin.
Click to expand...

I think for most of us, it's not about needing thick skin, but instead laughing in disbelief at the level of uninformed, ignorant sports journalism.

troycbullock said:
Well atleast they respect us enough to consider FSU beating us an upset of the year candidate.
Click to expand...

Fly1 said:
I think for most of us, it's not about needing thick skin, but instead laughing in disbelief at the level of uninformed, ignorant sports journalism.
Click to expand...

ThomasM said:
Bama could beat us by 60 and we'd still be in far better shape than FSU. FSU is pathetic. If we lose to them, it ends Manny's time here.
Click to expand...

predicting miami to fall off a cliff after alabama is just ignorant and everything after that has to be dismissed.
G

Good. Print articles like this out and put it in the locker room.

2. It’s not a stretch to say Alabama will win, of course, but how about a 30-point win over Miami at Miami? ‘Bama is favored by 19.5 so a rout is expected but I’m thinking more of a 37-7 kind of drubbing even with new faces at quarterback, running back, wide receiver and so on.

Next Canes HC is…?

Legendary FSU coach Bobby Bowden liked where the program was headed under Norvell, and that should be good enough for all of us to believe.

TemplarCane said:
Legendary FSU coach Bobby Bowden liked where the program was headed under Norvell, and that should be good enough for all of us to believe.

Lol and some people said that about golden.

Caneadian said:
OMG I love it.

The fact that so many here think that this isn't even remotely possible makes a tiny part of me want FSU to beat us.

All I'm saying is try and have a little objectivity, there are many determining factors that go into the outcome of a football game to be played in November
Click to expand...

I have read some seriously dumb sh!t on here, but this may be the dumbest sh!t I have read ever. 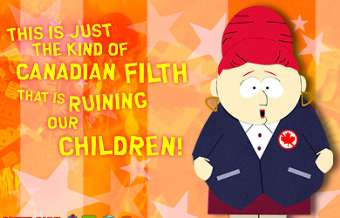 kwsprouse said:
So he said he thinks we lose to bama and then fall off a cliff, but then predicts us to go 9-3. Lol……**** doesn’t make sense
Click to expand...

I don't think ESPN is hiring the best and the brightest any longer. As an example, they employ Ryan Hollins to analyze stuff.

Next Canes HC is…?

305407cane said:
Lol and some people said that about golden.
Click to expand...

90scane said:
That FSU team lost their starting QB against Bama as well.
Click to expand...

And only had a true freshman behind Francois to play the rest of the season.

itsacanething said:
predicting miami to fall off a cliff after alabama is just ignorant and everything after that has to be dismissed.
Click to expand...

Oh the wheels very well may fall off, but that can happen no matter what happens this weekend. I see this game as having little to no impact on the rest of the season, unless we suffer a lot of season ending injuries. We are stronger than every ACC team outside of Clemson, and if the wheels fall off it's because of coaching, not the outcome of the Alabama game. We have no business losing to anyone else, and especially FSU.

Here's what I can see happening. We play Alabama and A) we exceed expectations and either beat Alabama, or lose a close one. Or B) we get rolled. Even if we win that doesn't guarantee the team stays focused all year long. They might even get a big head then turn around and lose the next week. On the flip side, getting rolled doesn't mean we won't bounce back. I just don't see us saying, "Well, we got whooped by the defending national champs in week one. Time to give up." I think this team has more fight than that. My only concern is how well Manny can prepare them from week to week, and that simply has nothing to do with Bama.

George84 said:
Miami loses to Alabama and falls off a cliff: The Crimson Tide have not only beaten ACC teams badly in neutral-site openers since 2013, they've sucked the life out of them for the rest of the season. In four such openers against Virginia Tech (2013), Florida State (2017), Louisville (2018) and Duke (2019), the Tide won by an average of 29.5 points. The Seminoles were the only team that stayed within three touchdowns, losing 24-7 in Atlanta. Each of those four ACC teams went on to lose at least five games. With tricky nonconference games against Appalachian State and Michigan State coming next, the Hurricanes better not let the opener get out of hand.

Mike Norvell takes Florida State bowling again: After three straight losing seasons, including a 3-6 record in Novell's first campaign, the Seminoles should be much improved in Year 2. FSU might open the season playing two quarterbacks (UCF transfer McKenzie Milton and Jordan Travis), but Norvell figures to settle on one of them before too long. FSU went into the transfer portal often to shore up a defense that surrendered 36 points and 456.3 yards per game in 2020. Former Georgia linebacker Jermaine Johnson and South Carolina defensive lineman Keir Thomas should provide immediate help. The slate is difficult with nonconference games against Notre Dame and Florida and ACC crossover games against Miami and North Carolina. Legendary FSU coach Bobby Bowden liked where the program was headed under Norvell, and that should be good enough for all of us to believe.

Upset of the year: Florida State over Miami, Nov. 13

Guess who has the opportunity to shut them the **** up?
You must log in or register to reply here.

The Hurricanes are headed in the right direction under Manny Diaz w/ game prediction.
2

Would love for some of these topics to disappear for a bit...
2