rt cane said:
I'll take your word for it, coz it means so much.
Click to expand...

What a weird hill to die on lol.

What a weird hill to die on lol.
Click to expand...

I'm still alive, unlike your brain

Damn bro what a burn!

Problem2 said:
Damn bro what a burn!
Click to expand...

Don't be so hard on yourself

It’s the same loud mouth dudes who are always wrong. Your favorite posers!!!!!! Nerds never been a part of the game in anyway outside of their living rooms but think they have all the answers. Wash. Rinse. Repeat.

I don't think our assistants were all that well paid, or you wouldn't have seen assistants with side businesses (which some apparently had.) Remember when Soldinger, Greg Mark and I think Kehoe were all fired in the 2000's? I think they all had side businesses even then. Mark had his school, Soldinger allegedly a real estate business with his wife, and I think Art was involved in some business ventures with Solly--allegedly. I think it was really Pete Garcia who reached in over Coker and started firing his staff.

I used to hear stories about Kehoe outside the stadium trying to scalp his away game ticket allotment before big away games. You don't see or hear about assistant coaches trying to make an extra few bucks,even a hundred or so, if the assistant is well paid.

If we're paying our assistants well, it might only be fairly recently.

I guess he never would've elevated Dabo and he certainly never would've hired Orgeron who had minimal head coaching experience. He would have rejected Orgeron because of all his baggage and just on image grounds, I'm sure.

The combination of Butch and Coker brought us one of the greatest teams in history and neither had previous head coaching experience.

So, maybe Sam would have passed on these two coaches in last night's game and Butch and Larry. Still, based on his own very bad experience before UM, he would have stayed with that policy.

Dwinstitles said:
Why doesn't the university of Miami just tuck it's vagina in it's pants and go get Butch. Fuq it man just do it bruh

Just admit u made a mistake and the fans were right just this one time
Click to expand...

I remember Paul Dietzel, Billy Cannon and the Chinese Bandits. 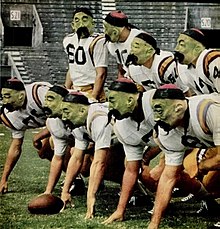 ha, lot of good takes in here. I had to read them all just to make sure I didn't have one and forget about it. Here is what I take from threads like this. 98% don't know the shite. It's nice to opine on the future, and I guess that's what makes these boards fun. However sometimes maybe we should just enjoy the ride.

Coach O isn’t a good X’s & O’s guy. He’s a great recruiter tho. Let’s see what he does without a Heisman/#1 overall pick/5th yr senior @ QB and when Joe Brady leaves for the NFL.

Gene Chizik won a national championship with Auburn and got fired like 2 seasons later. Larry Coker as well.
S

Eddie O made me look really bad, I was vocal about the horrible job he did at Ole Miss...He's easy to cheer for though

maurice3p said:
Coach O isn’t a good X’s & O’s guy. He’s a great recruiter tho. Let’s see what he does without a Heisman/#1 overall pick/5th yr senior @ QB and when Joe Brady leaves for the NFL.

Gene Chizik won a national championship with Auburn and got fired like 2 seasons later. Larry Coker as well.
Click to expand...

I think he might be a good technical DL coach. Would like to see some other opinions on that, though.
S

Scrape into the C Gap

Some of these comments are hilarious. CIS “experts” at work in here. lol