Connor Lew Film Review: Canes Land a Dominant Center from GA. 6'4 285 pounds before his senior season. Long Arms with an aggressive nature will fit right in with the GREAT WALL OF MIRABAL! #GoCanes

How do you have these ready so soon?! Nice stuff bro thanks as always

Some notes from Wiltfong:

Set to play in the All-American Bowl following his senior season, Lew chose the Hurricanes over an offer list that included Auburn, Clemson and Georgia.

“My dad is a big Miami fan,” Lew stated. “I don’t think that’s much of a secret if you see his social media. Being familiar and being around the program every Saturday and coming downstairs and I see the Miami game on, the familiarity is another thing for Miami.”

In two falls the elder Lew is going to see his last name on the back of his favorite players uniform.

Lew was one of the most coveted centers in the 2023 class and is tabbed by the Top247 as the country’s No. 14 interior offensive lineman overall. He is commit No. 17 for head coach Mario Cristobal and his staff in the cycle.

“I’d say a lot of things,” Lew said of what leads him to Coral Gables. “But the two biggest factors for me was No. 1 given the fact you have a head coach who is an offensive line guy and develops offensive linemen alongside a good offensive line coach, Coach (Alex) Mirabal. I’ve been saying this all along, that’s truly special. Developing o-linemen is kind of what they do. They’ve proven that.”

Lew took his official the weekend of June 10.

“The family vibe I got on my official visit, I say this over and over again too, family is very overused word in recruiting, only a handful of schools I can name show it and Miami was one of those.”

With Lew in the fold Miami jumps two spots to No. 7 in the 247Sports Composite Team Recruiting Rankings, passing Clemson in the process for the No. 1 haul in the ACC.

“This class that they’ve been building has definitely caught a lot of eyes,” Lew said. “They’re bringing in a lot of good players and getting a chance to be part of that and bring Miami ‘back to work’ is what we’ve been saying and bring Miami back to work and work alongside these talented recruits, the hype surrounding the program is real for a reason and the class they’re building is proof of that.”

Damn, never knew that about his pops.

Sorry man got a lot on my plate this past week. Here's a quickie.

We should all strive to be such positive influences on our children. Raise ‘em right, fellas! 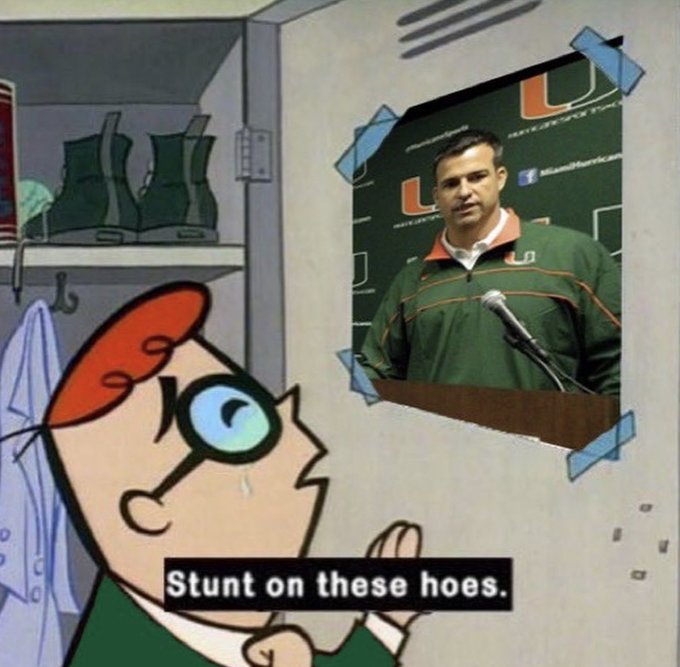 Pops was a big time fan, must be a great feeling for the family.. Congrats! Kid is super talented. Coaches mustve saw talent on our roster and say they need an entire new two deep in one class
S

skyman said:
Pops was a big time fan, must be a great feeling for the family.. Congrats! Kid is super talented. Coaches mustve saw talent on our roster and say they need an entire new two deep in one class
Click to expand...

Wonder what his CIs handle is