Just eight days after signing day for the 2017 class, Miami nabbed one of their top targets for the 2018 cycle on Thursday afternoon. 247sports composite five-star running back Lorenzo Lingard announced his commitment to Miami on Twitter a day after visiting Coral Gables.

Lingard hails from Orange City, Florida and attends University High School. He is ranked as the #2 running back in the country and #15 player overall. The 6-1, 190-pound back also has aspirations of competing in the 2020 Olympics. He is the defending state 4A champion in 110M hurdles and looks to take the 300M hurdles crown this year too.

Miami coaches Mark Richt and Thomas Brown have prioritized Lingard from the start – the two visited his school back in mid-January. That same week, coaches from Alabama, Ohio State, UGA and FSU also stopped by for Lingard.

CanesInSight’s Erick Marrero reported yesterday that Lingard seemed to be favoring Miami and Clemson heading into his unofficial visit to UM on Wednesday.

Lingard gives the Hurricanes their 8th commitment of the 2018 class as Richt looks to rack up his finest class at the helm.
Last edited: Feb 9, 2017

Lord have mercy on Storm18

Big time get, major respect to the staff and the family
Last edited: Feb 9, 2017

Welcome th the U!

Pete knew has the article ready

Well, that's a statement commit right there. The equivalent of getting a Jeudy or Cook. 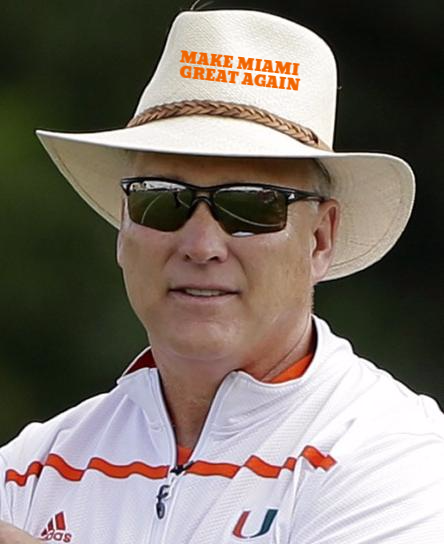