Stefan Adams
Nov 20, 2018
Just like every season, Miami has more than a few juniors who could reasonably test the NFL waters and leave school early. When asked about what he does to keep those guys in Miami for their senior seasons, head coach Mark Richt simply said he tries to keep his players as informed as possible.

“Those decisions are made purely on what those guys think are best for them,” Richt said. “You do your best to give them the best information possible. It starts with what does the NFL think about those guys? We do the best we can of educating them. I think every one of them will tell you they’re focused on playing the game.”

One such player is DE Joe Jackson, who is Miami’s highest projected draftable junior. Richt previously said he’d put Jackson on offense and throw him fades at TE if he returned for his senior season. Does that offer still stand?

“If he shows up I’ll throw a fade or two to him,” Richt said. “I might need to do it this week since we’re out of tight ends.”

The Canes finally got off the schneid this week, defeating the Virginia Tech Hokies 38-14 after previously losing four straight.

“I think when the game was over, in the locker room, how the team handled everything, it wasn’t perfect, but I thought as a whole, everyone hung in there together, continued to work and battle and do the things that we know can help us be successful," Richt said. "We had that four-game losing streak season one, that wasn’t a whole lot of fun either. But we kept believing, grinding, doing things that we know over time will produce results if everyone busy in, stays consistent.”

Senior LB Mike Smith, who started for the suspended Mike Pinckney last week, is on crutches with a left knee injury and will miss the regular season finale vs. Pitt.

“We don’t think he’ll play but we are pretty certain he’ll be ready for the bowl game,” Richt said.

Does Richt have any thoughts on outside criticism of the program, especially from some of the former great Hurricanes?

“I don’t have a problem with anybody, I respect every guy that wore the U, okay?” Richt said. “When it comes to honoring our former greats we’re honoring them… I think the more positive vibe we have coming out of our football alumni the better it’ll be in recruiting and everything else. I really don’t pay attention to it. I really have to focus on things other than that.”

Richt mentioned freshman QB Jarren Williams is eligible to play this week coming off his one game suspension against VT.

“I’d love to play all our quarterbacks in the games,” Richt said.

UM has now suspended all three of their freshman QB’s this season and Richt feels it is an issue of maturity as opposed to character.

“I don’t think these guys have bad character,” Richt said. “They have to grow up, I’ve been saying that for a while. I think these kids are great kids, they’re learning how to be leaders, be quarterbacks at the collegiate level… Some of these suspension issues are more guys not being grown up enough to take care of their responsibilities like they should.”

Playing the QB position is most associated with leadership, and Richt holds his signal-callers more accountable than everyone else on the team.

With the flip-flopping and general uneven play he’s gotten from his QB’s this season, is it fair to say this is his most challenging year yet coaching his QB’s?

“I’ve coached quarterbacks 35 years, however long I’ve been coaching,” Richt said. “We have a senior and everyone else is a freshman, redshirt or true. So by virtue, the age of the room is not mature. The time in the meeting room is not that long. What happens is if you get your quarterback room like it ought to be you have a starter, one waiting in the wings, usually they make their mistakes in anonymity because no one is expecting them to be the starter, play right away.

“So it’s more of a battle to teach them rather than show them. If you have mature guys ahead of them you say `Do it like so and so’ and you benefit from it, they’ll see that. But it’s been more of a challenge because of that gap.”

Gerald Willis has admitted in the past few weeks that he has gotten advice to sit out the rest of the season and save himself for the NFL. Richt’s expectations for his team is more about finishing what you started and playing for your teammates.

“I have an expectation that everyone finishes the season, that’s what I want everyone to want to do,” Richt said. “These guys care about their team and teammates, every chance to play (they will).”

QB N’Kosi Perry made his 5th career start against VT last week and led UM to their first victory in about a month and a half, finishing the game 21-34 for 171 yards and 3 total TD’s. Richt is beginning to see the progression in the freshman and says Perry is starting to recognize what he sees in the defense.

“Just through trial and error, him realizing it takes a little more than just showing up - spend more time than the 20 hour week,” Richt said on Perry. “He’s understanding just a little more film study can make a big difference, a recognition of one defense on one play. Like the long ball he threw to Dee Wiggins, he saw a blitz, pointed out the possibility of a blitz, if it came what the receiver is going to do if the blitz came. It did come, he ran the right route which was different than if we hadn’t made the communication there.

“So everyone was on the same page. We picked up the blitz, (Travis) Homer did a beautiful job along with the lineman. We laid it out there beautifully. It could have been a 63-yard touchdown pass. And he recognized the coverage when he threw the ball down the sideline on what could have been a 72-yard touchdown pass. Even with (those two drops) he played well. Now, he missed a couple of things like all young guys do, human beings do. But when he comes off the field I can look in his eyes and he understands what’s happening, he’s not panicking, confused, he’s not wide-eyed… He’s really coming along.”

The Canes match up with Coastal division champion Pitt this week. With Miami’s ACC currently record at 3-4, Richt says beating the Panthers and finishing .500 in the league is important.

View as thread
Thanks Stefan
“.500 will feel a lot better, I’ll tell you that,” Richt said.

Said the coach that lost to Virginia and Duke. Pathetic comment that says all that anyone needs to know about Coach Mediocre.

LOL...never ends
Hmmhh ...
Throw fades to JJ? This coming from the guy that was throwing fades to guys under six feet last season. Richt is incompetent, get that guy outta here.
Probably was a typo...he meant to say "I constantly throw him the most SHADE"
Appreciate what you do, Stef. You always bring it, man.

That said, here is my GAF level about anything Dicht has to say at this point. 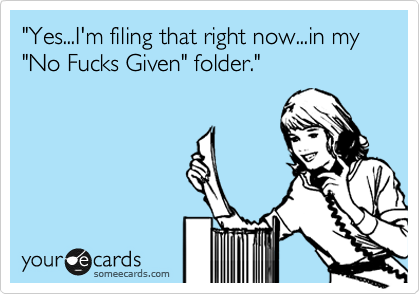 Hey Dichthead, how about do what you're paid $4 MILLION DOLLARS a year to do and turn out something other than a chickensh!t offense and don't blame your own failures on the "immaturity" of the GUYS THAT YOU RECRUITED!!!! I'm not yelling am I?

Holy sh!t, where's the tylenol?
Last edited: Nov 20, 2018
Richt needs to fall back into strict HC and if he wants his hands thoroughly ingrained in a unit it should be STs and make that his baby and making sure that unit is performing
“.500 will feel a lot better, I’ll tell you that,” Richt said.

Year three and this is the quote we get.

God damn loser.
Is Richt in the concussion protocol program?

Coach Mediocre? I would kill to have a Medicore coach right now.
Sucks for Mike Smith. Damn.

Kid hung in there and had a solid finish to his career. Hopefully he can play the bowl game.

Hey Dicht, a real coach has a response to your "motivational tactics"...

Ahh, the good ole days, when the U was coached by real men, who worked for a living and gave a fvck about winning...

Last edited: Nov 20, 2018
Somebody post the moffit link where he’s barking at our program about having a mediocre season.

That .500 quote is awful.
Senior LB Mike Smith, who started for the suspended Mike Pinckney last week, is on crutches with a left knee injury and will miss the regular season finale vs. Pitt.


Well damn. He was showing some nice growth this season. Im bummed for him.
Coach Mark Richt is the right man for the job...

Betas and cucks accept that. It's their natural place.

g8rh8rMD said:
Appreciate what you do, Stef. You always bring it, man.

That said, here is my GAF level about anything Dicht has to say at this point.

Hey Dichthead, how about do what you're paid $4 MILLION DOLLARS a year to do and turn out something other than a chickensh!t offense and don't blame your own failures on the "immaturity" of the GUYS THAT YOU RECRUITED!!!! I'm not yelling am I?

This quote stood out to me. I feel so sorry for these QBs. Basically Richt just snitched I’m himself. These young men are not being coached up, period. That’s why Rosier nor N’Kosi can decipher between a zone and single high safety. This is the dumbest comment I’ve heard from a veteran coach.
You must log in or register to reply here.
Share:
Facebook Twitter Reddit Pinterest Tumblr WhatsApp Email Share Link