Geo305
Apr 15, 2018
With all three spring games concluded for the Big 3 in the state of Florida. I gathered some info from multiple sources and people I’ve spoken to and prospects over this weekend.


In light of Tecory Couch commitment to Michigan. I have found out from two seperate sources today regarding Couch commitment not being taken by Miami. On top of that, surprisingly found out Jaden Davis is not a take for Miami at this moment as well.

Where does that leave Miami in regards to targets at corner? Joshua Sanguinetti, John Dixon, Renardo Green & Akeem Dent. Along with new JUCO CB offeree Elijah Blades. With the possibility of Tyrique Stevenson at corner but Miami has been approaching him as a safety at this point. There is also Chris Steele from OOS who is slated to visit for Paradise Camp in June according to @ErickMarreroU .

Where is Miami’s focus at corner, from the gist of it. It seems like it’s more size at corner as most of these prospects are 6’0”+. It resonates with what I was told tonight in regards to Miami’s approach at the position.

I mentioned earlier this week about Renato Brown uncertainty in this class and received mixed reviews when I dug for further info. One source claims Brown is solid to Miami “for now” but Alabama is a player in his recruitment and is a “Kul guy”. Was also told he is not a take for Alabama at this moment. Another source had spoken with a Miami staffer and mentioned he has kind of fallen down the board a bit, which can explain loss in communication. Brown visited UF for their Spring Game on Saturday.

Brandon Cunningham decommitting and committing to Misssippi State was no surprise. Communication between Miami and him had fallen tremendously within the last few months. Miami simply moved on from him.

While Jesiah Pierre visited UF this weekend. He is still committed to Miami for now but UF must be watched closely in his recruitment.

I expect Miami to continue to recruit and chip away at Frank Ladson regardless of his commitment to Clemson. A source mentioned the appeal of playing with Trevor Lawrence was a factor in his commitment.

Some OOS names that can emerge at WR are Jadon Haselwood, Kendrell Scurry & Ramel Keyton. I have been told from two seperate GA sources who know Haselwood personally, that his interest in Miami is legit but Oklahoma will be a big player in his recruitment. Despite his commitment to Georgia right now. Haselwood is currently the #1 WR in the nation according to composite rankings at this time. I don’t think Miami will offer John Dunmore.

Miami has also been recruiting Mark-Antony Richards on offense lately. (Personal note: While I do like Richards ceiling at S a lot. He participated at Paradise last year as a WR and was one of my standouts of the Camp.)

Dontae Lucas committing to FSU was no surprise. I’m confident he will stick with that commitment as well, despite the possibility of any visits from him. Him & his family have a long standing relationship with coach Telly Lockette at FSU that I’ve explained before.

Despite Khris Bogle recent visits to other schools and Miami on Thursday. I am hearing that Miami still stands in a very good spot for him.

While Brendan Gant did not come to Miami’s Spring Game. When I spoke to him, he mentioned to me that he will be back on campus for another visit very soon. While he is committed to Alabama at the moment, I currently have him slated to choose FSU at this time.

Two potential offers that could go out on the OL board during spring evaluation. Wardrick Wilson of Doral Acadamy & Mark Fox Jr. of Miami Northwestern. Wilson is currently committed to UF and Fox Jr. to South Carolina at this moment. I have heard Wilson could be a likely flip candidate if offered.(Personal note: Have seen Wilson in person at camps and he passes the eye test. Very big kid and lot of room to get better as a bookend tackle.)


Miami did not get any public commitments but I was asked this question the other day. Who would be likely to commit to Miami in the near future?

2019
I still stand very firm on Keontra Smith, Kenny McIntosh, Avery Huff & Braylen Ingraham during the off-season. With Smith being the likely next commitment for Miami.

I am not ready to make a projection on Michael Johnson Jr. just yet, but I think Miami is definitely trending up.

I could see anyone of these guys committing over the off-season.

2021
Miami hosted some kids like Amari Daniels, Jason Marshall, Corey Collier Jr., Laurence Seymour(Miami Commit) & James Williams(Miami Commit) over the weekend. Who are all future blue chippers, but I want to highlight one particular individual.

Although a long time away, I have heard that Miami has made a move with 2021 Booker T. Washington WR Jacorey Brooks. He has visited Miami twice the past two weeks. The best WR in his class for South Florida and possibly the state, a likely 4-5* prospect in due time. I have been told from a source that this will shape up into a Miami & LSU Battle.(Personal Note: I have seen Brooks a few times in person and it’s incredible how advanced he is for his age. He’s better than quite a few 2019 and 2020 WRs in Florida right now with P5 offers.)


If there is any other questions. Please feel free to post in here and ask away.

View as thread
Geo with the new WORK...I love the interviews that you guys bring but the inside info that the other guy brought is what made this site apart from the rest...Need more of this.
good work
Man that's some solid work!!! Thanks
What's going on with Kenny Logan & Sorrells?
whats the word on marcus fleming 2020 WR

anything on the OT Wright from west Virginia?
Geoat

Great write up Geo! Jaden Davis not being a take right now is mind boggling.Kid is a stud. I hope we can land long shots like Steele and Gant but I just don’t see it right now. Would like to get early commitments from Kenny, Richards, and Bogle to have some big time ambassadors for the class!
Wish I could remember the porster who told me the ‘19 class could be bigger than ‘20 was. I said Surgs ‘19 feels like a filler class for Cat20. With Geos info above it seems more like the same. Let’s not reach for numbers sake and get every stud and their brother in 2020.
Appreciate the update Geo.
What is with the potential new offers at OT? Does it have anything to do with our current targets?
Not hearing much on Tae Williams and Leondard Manuel lately. Are they still solid with us or is this brewing to be a battle. Also, anymore updates with Evan Neal and Will Putnam? Saw some crystal huevos to them tonight
Do we still lead for Neal? In my mind he should be top priority over every other recruit. 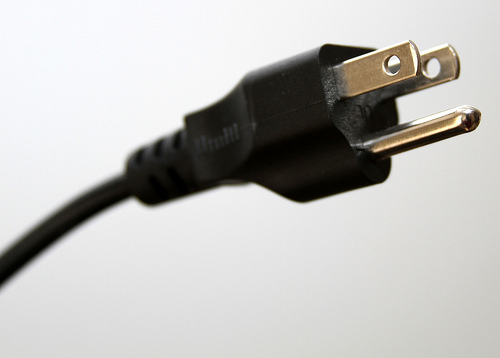 Any word on if we are going after dunmore now ? Or just sticking with Payton and continuing to recruit ladson
GEOAT

See this why our DB recruiting trash how the **** Jaden ain't a take???????
I don't mind Couch not being a take, but Davis not being one is puzzling. Don't want to get left at the altar by these bigger targets.

PokemonFisherman said:
Any word on if we are going after dunmore now ? Or just sticking with Payton and continuing to recruit ladson
Click to expand...