Stefan Adams
Dec 30, 2018
In a stunning move, Mark Richt stepped down as the head coach of the University of Miami on Sunday afternoon and announced his retirement from coaching. After stepping down, Richt released a statement explaining the decision.

A few hours ago, I informed UM Director of Athletics Blake James that it is time for me to retire from coaching so I am stepping down as the Head Coach of UM Football. The decision came after a great deal of thought, discussions with my family, and prayer. This was my decision.

The University of Miami has been a part of my life for more than three decades. It shaped me as a young man and provided me with the coaching opportunity of a lifetime. My love for The U is simply great. My true desire is for our football program to return to greatness, and while terribly difficult, I feel that stepping down is in the best interests of the program.

I want to express my sincere appreciation to the entire Hurricane Family for welcoming me back home and for supporting the outstanding young men in our program. I only wish that we could have achieved greater things in return. I also want to thank President Frenk and Blake for their incredible support, as well as the outstanding men and women in UM Athletics. Most importantly, I want to thank the incredible coaches, staff, and their families who gave their all to The U each and every day, and our student-athletes, who wore The U jersey with pride and who worked hard towards their degree.

Katharyn and I will be cheering on the Canes in the years to come and The U will never leave our hearts.

Richt ends a coaching career that spanned over 30 seasons, beginning with Florida State in 1985 as a grad assistant. His head coaching career lasted 18 years and the former Miami QB won a total of 171 games as the program leader for both Georgia and Miami, good for 40th all-time in career wins among head coaches. Richt ends his Miami career with a 26-13 record and led the Canes to their first-ever Coastal division title and ACC Championship Game appearance in 2017.

View as thread
Like I said right after the bowl game

cane_boi said:
Richt looks like he's daring the UM admin to let him go and put him out of his misery so he can officially begin retirement life in Coral Gables.
Click to expand...

Thank you, Mark. You remain the class man you always were.
Praise be!!!
My guess is his wife urged him to retire because she was tired of hearing negative comments every time she went anywhere. Cane fans can b W almost as brutal.as Philly fans
He did the right thing
He should be teaching a class on character and leadership
Wow! He did the right thing! Thank God! Great news for the New Year!!!
I can not believe it.

I did think if the admin pressed Richt about dropping play calling he would seriously consider retirement but I didn't think he would let all that money go. Richt ain't the best coach but you're lying if you say the man isn't a man of character because it takes character to bypass a 4 Mill salary for the next 5 years. Best of luck to Richt and his family.

But yea, We were basically Richt's rebound after a long marriage with UGa.
Last edited: Dec 30, 2018
Class act. Knew the game had passed him by and wanted to go out on his own call. Thank you for your efforts and the indoor facility.
Even though I wanted a new coach. I am sad he seems like a great guy. Nothing but the best for coach Richt in retirement. Thank you for your vision of the IPF and making it reality for us
I know he is a very decent man and those are very rare to find these days. It is sad it had to come to this point, but with that said he brought this down upon himself. Attaching himself to Rosier was his ultimate downfall. He should have gone with Perry or the other 2 qb's. He would have a least the excuse of starting a freshman and taking our lumps would have been expected.
A sad end to an otherwise good career. 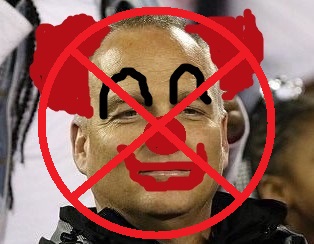 I'll tell you what, I couldn't be happier that I was dead wrong in thinking he'd hold this program hostage over his pride. He did the right thing even though it was a brutal decision to make, much respect for that.
****. Starting over. Again. ****.

Thanks, Coach for everything you did. Shocked but not surprised. This season was dismal. I wish you could have went out on a higher note!
Despite whatever disappointment, frustration.. that was tough to read. He's a competitive man.. and he realized he just was not good enough. Respect for making a tough decision. Bittersweet.
Wow!!!! It's a perfect scenario.... I liked Richt as a person but hated what he was doing. This is a way he can walk away with some dignity and also give the fans and program whats needed. Thanks Coach Richt!!
Ill always respect mark for this decision...

tsimonitis said:
He should be teaching a class on character and leadership
Click to expand...