Stefan Adams
Nov 26, 2019
Miami Hurricanes head coach Manny Diaz faced the music in his Monday afternoon presser, discussing the pitfalls within the program after an embarrassing 30-24 loss to FIU this weekend.

“Quite simply, we’re a football team that chooses when our best is required. That responsibility falls upon me,” Diaz began. “I think when you go back and watch the film, and you talk to our guys in the aftermath of the game, and you step away and analyze our season, I think that’s a thing that stands out more than anything. We talked about, really, two challenges in the lead-up to the game a week ago. Challenge one was to play better coming out of a bye week then we had. Challenge two was to play better against the competition we were facing than we had in the Central Michigan game. Obviously, we did not step up to that challenge.”

Diaz felt the loss was more about Miami underestimating their opponent than how they prepared leading up to the game.

“I’d do the same thing in terms of how we practiced in the lead-up to the FIU game… Quite simply, we just did not have the respect of the opposition that we have [had], and that is up to myself to make sure that that’s something we have every week. When we play, we’re pretty dang good. When we don’t play, we’re pretty awful. And we were awful on Saturday.”

The Canes were unable to convert on two key 4th and 1’s in the first half, and one in particular saw Mike Harley line up completely uncovered in the slot.

“[FIU was] misaligned, which is actually why the play was stopped, on the first one," Diaz said. "I don’t know if Jarren saw the uncovered wide receiver on that play, which actually put an extra guy in the box to handle the run. On the second 4th and 1, we had [Michael] Irvin wide open in the flat and just didn’t see him out there. When you lose by six, it’s obvious you’d say those are six points right there. But 4th and 1 at the 1 – all the signs say that’s an always go [for it].”

Jarren Williams had his second three interception game and had to battle back in the 4th just to complete 50% of his passes and go over 200 yards vs. FIU.

“We didn’t throw the football very well,” Diaz said. “I thought Jarren stood out there and battled in the fourth quarter. But with young players it goes back to their preparation… That’s what he has to learn (himself) out of this. It sucks but you have two choices, and the proper choice is you have to learn from it. Either you let it define you and sink you, or you learn from it.”

What are the issues that continually seem to hold this program back?

“There is a culture that has been embedded here in some way, shape or form, despite who the coach has been, for a while,” Diaz said. “That to me is what we’re trying to battle against. You’ve heard me say some of the buzzwords in terms of what we’re trying to accomplish. Some of those things, to be very honest, are coming from the lessons of this season. In life, when the same thing keeps presenting to you, there’s a lesson you have to learn from it. That, to me, is how I look at our year. Can we look at this as an opportunity to learn from this and understand how a season has to be addressed and has to be attacked? That’s our challenge. I hope so, but that is the challenge.”

"Going forward some of this is a recruiting profile thing, the type of guys we’re bringing to the program. It’s about building a culture of sustained excellence. I can’t sit here today and act like we’re any closer to that than we were nine months ago, but in terms of establishing what we want to establish and laying the foundation, those things are going on right now.”

Does a loss like this make Diaz rethink his approach to changing the culture and how he leads the team?

“In terms of the culture and what we’re doing and how we’re doing it, that’s sound,” Diaz said. “What we’re building in the program is not things I pulled out of thin air. These are things through the years that have stood the test of time. When I have to self-evaluate, it’s my messaging to the team, my demeanor to the team, my demeanor at practice where we are the apparent favorite. Because that’s what the season is saying.”

Lately, Miami has focused a lot on the outward appearance of the program, including the Turnover Chain, the “TNM” hashtag, and tweeting when recruits commits. Is it possible that those aspects have become an internal distraction from winning?

“Well, we’ll never be defined as the old Miami until we win another national championship,” Diaz said. “But you also can’t play afraid and you can’t play safe. We’re Miami, we don’t hide very well. Now… from a recruiting standpoint, tweets, that’s college football. The Turnover Chain, that’s still uniquely Miami, part of who we are. To me, that’s just part of our culture.

“We’re not focusing on chains and tweets, we’re focusing on (winning)… Whether it appears that way or not, all that is going on inside.”

Diaz also didn’t rule out reducing some players’ playing time in terms of disciplining those that show a lack of effort.

“It’s very hard to have that edge if you don’t fear for playing time,” Diaz said.

RB DeeJay Dallas left the FIU game with an apparent arm injury, but Diaz said there is currently no timetable for his return to the field.

“I don’t actually have the prognosis of the timetable for recovery,” Diaz said. “I do know that, the latest I heard, it may not need surgery, which is really good. I think it could have been a lot worse, is what it sounds like. But I don’t know exactly how many weeks the recovery will be.”

If Miami is without Dallas vs. Duke this week, could Lorenzo Lingard see playing time?

QB Tate Martell took his second leave of absence from the team this season before the FIU game, but Diaz expects him to ultimately remain at Miami.

“Tate came to me midweek last week, he felt like he needed another personal leave,” Diaz said. “We decided together that it would probably be better just to take this one and the Duke game and sit out, instead of being in and out, in and out, in and out. He also reiterated that Miami is where he wants to be. He doesn’t want to leave. He has got to resolve these issues and we support him in that.”

View as thread
chains are not part of Miamis culture... its manny trying to create fake swag.....all flash no substance..... what CMD doesn't get is people are laughing at the chain and dancing . we look like a bunch of clowns
is it me or does manny sound like Al Golden
"It's on me." I've heard it before. Without knowing how to fix it, it's meaningless.
What a load of sh!t. The culture is screwed because Manny has decided to make chains, rings, #s, and.sideline get downs a Miami thing. He's placed symbols above performance and wins. This is a guy who's acting like a school guidance counselor, finding reasons to excuse apathy, poor work ethic and incompetence (not from just the players). Has it been on a downward spiral since our last title - yes, but there's been a precipitous decline, just this season. It's easy to come out and take ownership when you have an incompetent AD and staff that apparently doesn't give a rip about anything football, as long as all the feel good garbage is in place. This program is p!ssing all over it's own legacy.

The nightmare just gets darker and darker
Folden said this a lot.
Saying the words and believing them are two different things.

djnellz said:
Folden said this a lot.
Click to expand...

He had a binder full of it.
“My bad bro”
****** brought out touchdown rings and graded spontaneous celebrations

I feel sorry for anyone who believes Diaz will turn this around
He recognizes the culture has a disease. I'll give him credit for recognizing and calling this out

He doesn't recognize he is part of the disease nor does he have any clue how to fix it. He's straight up grasping for straws and in over his head here. It's scary bad.

If he thinks his new 2020 class will bring a level of leadership this team needs, he is beyond desperate & lost. Shannon, Golden, Richt all thought the same.

Aside from firing Enos and getting downright lucky with a new brilliant OC, I'm pretty sure we're fucked with Diaz
Manny is a bigger bullshiter than Golden, that is no small feat. He should be in politics, football is a results oriented business, politics is bullshit oriented, he’d be really good at that. Now get to it Manny, resign and GTFO!
If Diaz was a real man he would admit the job is too big for him ... and RESIGN !
No way the team respects what he is allowing Tate to do with these personal days? WTF is going on?
Lol more bs he knows he ain't getting fired
Bootch should have given Manny a golden, jewel-encrusted "victory dildo" after the game.

SSCane said:
Manny is a bigger bullshiter than Golden, that is no small feat. He should be in politics, football is a results oriented business, politics is bullshit oriented, he’d be really good at that. Now get to it Manny, resign and GTFO!
Click to expand...

His dad was mayor. The apple doesn't fall far from the tree. 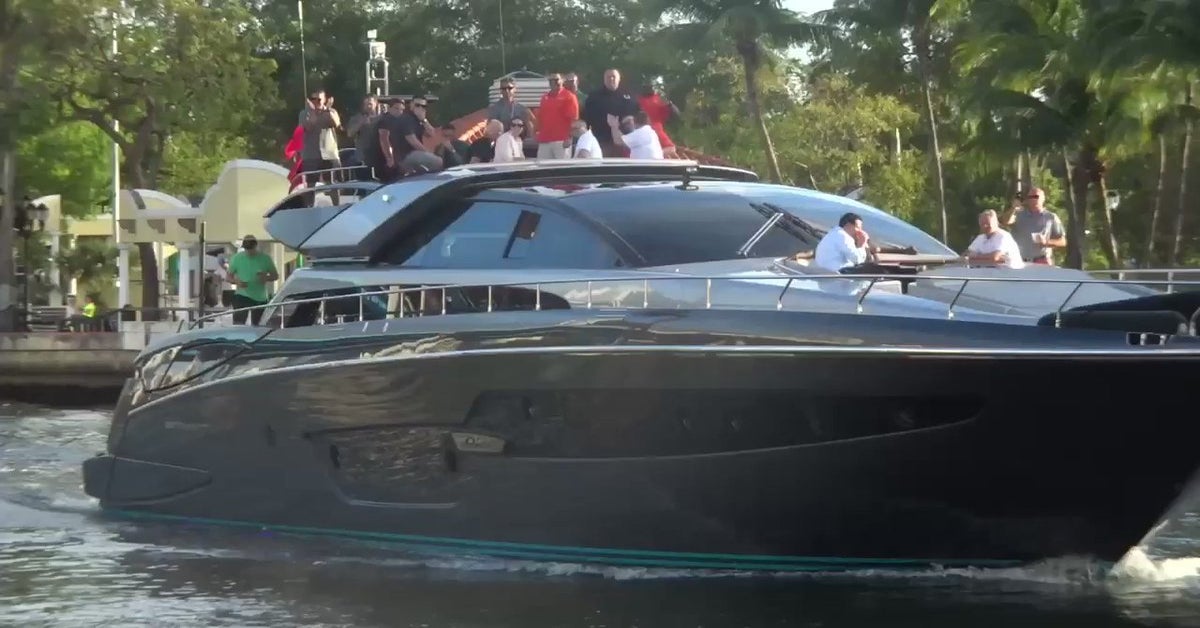 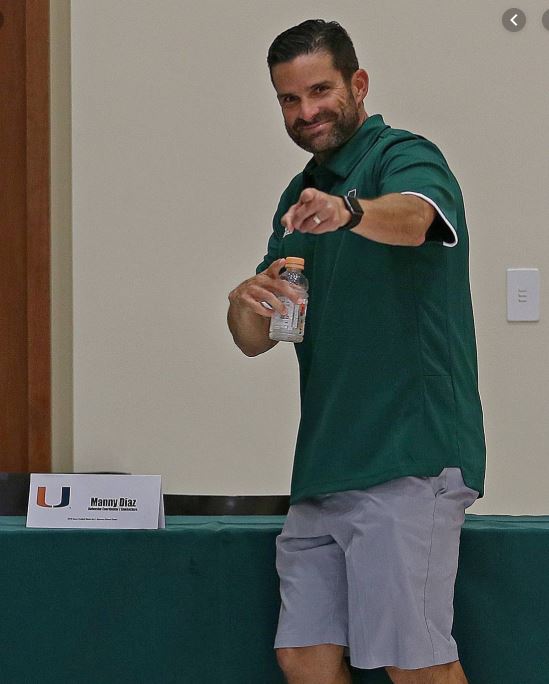 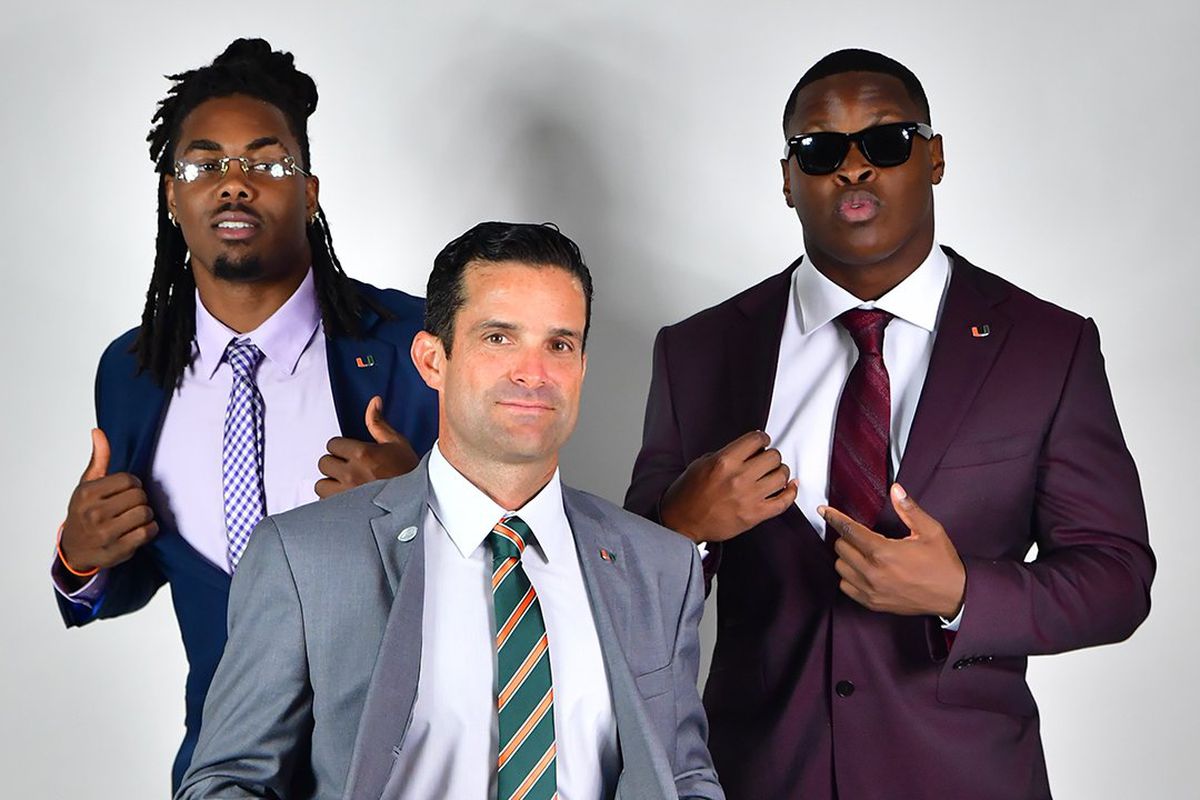 I’m sick of hearing coaches take the blame for colossal failures several times per season with no repercussions.

You stand there telling us what we already know—that it’s your fault. But who gives a fck what you say? It’s empty rhetoric that he thinks appeases dopey fans who give him credit for admitting the obvious.

So what? It’s your fault? What’s YOUR punishment, Manure? You say you might take away playing time from players? What are you giving up, motherfcker? You just produced the most humiliating loss in UM history, and your only punishment is saying, “it’s on me.”? Yeah great.
Dear Coach,
#FckingInexcUsable!!!
Thanks
You must log in or register to reply here.
Share:
Facebook Twitter Reddit Pinterest Tumblr WhatsApp Email Share Link

Frankie Tinilau speaks on his many talents