Coach Kool addresses the state of the DL

Coach Kool addresses the state of the DL

Peter Ariz
Aug 31, 2016
The Hurricanes lost a projected starter on the defensive line a week before the season – then another key rotation player broke his hand. For most coaches, those would be as debilitating blows, but Canes D-line coach Craig Kuligowski does not sound like a man who is panicking.

Kuligowski was asked about Trent Harris’ absence as he deals with his fractured hand and he responded, “Our first team did well.”

Sophomore tackles R.J. McIntosh and Kendrick Norton seem top have separated themselves from the pack at their position, with Gerald Willis also in the mix once he returns from his game suspension. Kuligowski weighed in on the underclassmen.

“They’re really big, talented guys,” said Kuligowski. “It’s between them and me to get it working. It think in terms of separation, those guys are consistent, trustworthy, hard working – all the stuff that you need.”

Demetrius Jackson will likely start opposite of Chad Thomas in what could be a breakout season for the freakish athlete. Kuligowski showed some confidence in Jackson in his post-practice comments. He was especially pleased with his progress since spring practice.

“I like former basketball guys – they’re athletic, so sometimes it takes a little while to transition, but he’s been very good since I’ve been here. I’m very pleased with him.”

“He understands his role and understands that he has to step up. He just has to be in his book a little bit more, but I expect that since he’s a freshman,” McIntosh said. “He’s quick, he’s fast, he’s physical too, and we’re working with his hands.”

It is also possible that we will see some of Willis and McIntosh at defensive end, as R.J. noted they both played that position last year. McIntosh said he’s been learning the plays at defensive end in this new system as well.

View as thread
Almost time to EAT.....
Really really anxious to see what the McIntosh hype is all about

He won't be your typical true freshmen DL.
Glad to see another UM coach refusing to make or accept excuses. Both Jacksons are better than anyone on the first 3 teams we play.
We got the size and more importantly the talent to move guys around for depth and rest along the DLine. I have no doubt Joseph Jackson will become a force as the season progresses and he adjust to playing against bigger OLinemen. LB'ers have to stay healthy. With Willis, Moten and Harris at full strength by game 4 we'll be even better. No worries!

Peter Ariz said:
...but Canes D-line coach Craig Kuligowski does not sound like a man who is panicking.

Good thing Kool and the Gang dont read some of the clubbed baby harp seal posts on here...

Next man up. Awesome.

Go Canes.
Willis & RJ being versatile will be key.
Base defense them playing end will help in the run game I do think their best position is the 3 tech DT where they use their athleticism as a mismatch.
Preseason POWER RANKINGS [MENTION=323]whoopingcane[/MENTION]

Peter Ariz said:
...but Canes D-line coach Craig Kuligowski does not sound like a man who is panicking.

Good thing Kool and the Gang dont read some of the clubbed baby harp seal posts on here...

Next man up. Awesome.

I mean what else is he suppose to say?
Pete your writing has improved night and day over the years you have been here, quality stuff right here. Just take out the "as" in the sentence "those would be as debilitating blows"
Last edited: Aug 31, 2016
Always worth reading & listening to what Kuligowski has to say....

He'll have our DL playing very well every game - looking forward to seeing our DL in the backfield on a lot of plays this year - the way a Miami DL should always be....
The whole mentality of this staff is so refreshing as opposed to hearing every excuse in the book, go into it with an attitude that you will not fail not with the reason you're going to fail.
Something tells me that Demetrious is going to make the most of this opportunity. The kid is up to 260 pound. I think we're going to be pleasantly surprised.
Kool was the biggest hire....were in good hands
AQM was a big loss, but I think we have the talent and coaching to overcome that, Grace is by far the much bigger loss, wish we had some experienced depth at LB
Advertisement
"Kool & the Gang".......

Pentagon Cane said:
Something tells me that Demetrious is going to make the most of this opportunity. The kid is up to 260 pound. I think we're going to be pleasantly surprised.
Click to expand...

I mean..he doesnt really have a choice. At this point, he can never say he didnt get a shot. Its all on him now. He can take advantage of this opportunity, take the starting job and never look back. He will have JJackson, PBethel and DJohnson breathing down his neck next year. He has been in the program for 3 years now. Its time.. 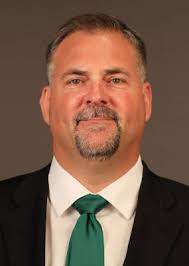 I can't see Mcintosh doing the things we will typically ask of our DEs on any kind of consistent basis. Both Chad's position and the Viper position need guys a little looser - even though Mcintosh is fantastic and maybe a 3-4 DE at the next level.
You must log in or register to reply here.
Share:
Facebook Twitter Reddit WhatsApp Email Share Link