The 6-3, 205-pounder is currently unranked by 247Sports, but he recently landed a 3-star designation from Rivals. Hammett's commitment moves Miami up to the #9 overall class in the team rankings on 247Sports and #8 overall on Rivals.

Up until recently, Hammett was pretty much an unknown in the recruiting world generally, as even after a big junior year he still had no offers as of mid-January. That changed two weeks back when Tennessee was the first school to come calling for Hammett, and Miami threw their hat into the ring two days later. It didn’t take long for Hammett to decide Miami was where he wanted to be, committing to the staff on his Junior Day visit over the weekend despite the coaches having stricter policies on taking pledges this cycle.

Hammett broke out this season on a Bulls defense that ran all the way to another state title, and he recorded 63 tackles and 11 sacks in 2019. Most of Hammett’s film is of him rushing the passer, and his playing style certainly lends you to believe he could end up at DE at the next level. However, like his former MNW teammate and current Hurricane Sam Brooks, Hammett has more than enough speed to stick at linebacker, and that’s where UM sees him playing in college.

Taking a look at the tape, you can see Hammett coming off the edge pretty much every time standing up instead of with his hand in the dirt. His feet never stop moving, and that’s key for someone that’s undersized like he is right now going up against much larger offensive lineman. His get-off is insane, and it is hard for high school level offensive linemen to even get a hand on him with his quick first step; the downtime between snap and knocking down the QB is minute for Hammett. He rushes in with good lean and dips low to propel himself around the edge. Flashes disruptive qualities in gaps and seemingly always finds a window to knife his way into the backfield.

Hammett’s game is based around his speed, but that doesn’t mean he can’t lower the boom, and he shows the ability to hit a ballcarrier with reckless abandon. Demonstrates above average awareness in terms of making backside pursuits and not getting sucked in too deep in the screen game. Would like to see more of him stacking and shedding blocks to make plays in the run game.

Hammett was the 8th overall commit in the class and he is the second linebacker along with South Dade (FL) 3-star Tyler Johnson. The Canes were originally shooting for four linebackers in the 2020 class and only ended up taking two due to misses and needs elsewhere on the roster. Combine that with the reality that UM has had injuries, poor evaluations, and depth problems at this spot in the last few classes, and you can bet that ‘backer is again going to be a priority in 2021.

The Canes have offered a whopping 25+ linebackers in the class so far, so they are casting a wide net for what really looks to be one remaining spot if both Hammett and Johnson stick until Signing Day. Arguably the top target all along at LB has been Sandalwood (FL) 4-star Branden Jennings, and he would pair perfectly as a bruising inside linebacker type with the faster, twitchier outside linebacker build that Johnson and Hammett bring. The younger brother of current UM linebacker BJ Jennings, Branden has been high on UM for awhile and has visited Miami multiple times in the nearly two years the Canes have been after him. FSU will be the team to watch out for here, as Jennings is a legacy there as well, and he visited the Seminoles for their Junior Day event over the weekend.

UM loves local guys like Chaminade-Madonna (FL) 4-star Terrence Lewis and American Heritage (FL) 4-star Dallas Turner, although both seem to be lukewarm on Miami right now. The Hurricanes also hosted a few linebackers that have offers on campus this weekend for Junior Day, with Hallandale (FL) 3-star Gaethan Bernadel, St. Thomas (FL) LB Jaydon Hood, McArthur (FL) LB Isaiah Finnie, and Jones (FL) LB Rickey Smith all showing up in Coral Gables. Any of them could become priorities if the Jennings’ recruitment doesn’t work out.

Going into 2020, there aren’t really established roles for most of the linebacker position group aside from Zach McCloud being expected to start at one of the two spots. However, McCloud will be off the roster by the time Hammett arrives in 2021, leaving LB difficult to project into the future at this point. We’ll know a lot more as roles start to clear up during spring ball, with injury prone veterans like Waynmon Steed, BJ Jennings, and Patrick Joyner going up against the younger guys like Avery Huff, Sam Brooks, Tirek Austin-Cave, and Corey Flagg, but at this point, there is a ton of open playing time available. With an unsettled depth chart, Hammett and his classmate Johnson could have plenty of opportunity to come in and win roles as freshmen.

don’t get the vibe with Braden. He’s going to uber sought after and if big bro doesn’t get burn I don't see how it’ll work in our favor. Would be pleasantly surprised if he’s in the class.
Welcome to the U!

LB could be a strength or liability. Steed, Joyner, Brooks and Huff all looked amazing in HS, definitely Miami level kids. If they all step up plus get some support from Cave, and if McCloud is back to his peak level as a Junior, we’ll be in great shape. But there’s truly no one right now who we can confidently say is capable of filling in Shaq’s and Pinckney’s shoes.

Striker same thing. Gil has all the tools. Needs to put it together. Huff and Carter should get looks there.

We don’t **** the bed this season he’s staying with us?
We need a real LB coach ASAP. I'm tired of kids looking better in HS than in a Cane uni.

Well, unfortunately we've been injury prone at linebacker the last two years. Jennings, Joyner, Steed and Huff should be good to go.
saw him in GA two weeks ago, really fast of the edge used as a DE/OLB. 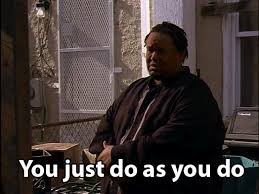 What kids we talking about specifically? We had the same starting LBers for 4 years straight , the other guys didn’t really get to put much on film
Great energy and speed.
Lets get him a UM hoodie and adidas bag - lol

Come on man.. we've had incumbent starters the last 3 years honestly I think with our new group we'll start looking better at linebacker.

I'm excited to see Huff and Brooks this season.

Already know he can rush the edge.

He needs to og to these camps and play off the ball.

grover said:
Welcome to the U!

LB could be a strength or liability. Steed, Joyner, Brooks and Huff all looked amazing in HS, definitely Miami level kids. If they all step up plus get some support from Cave, and if McCloud is back to his peak level as a Junior, we’ll be in great shape. But there’s truly no one right now who we can confidently say is capable of filling in Shaq’s and Pinckney’s shoes.

Striker same thing. Gil has all the tools. Needs to put it together. Huff and Carter should get looks there.

Agree with most all of this. Sure we lost two 4 year starters but there is most certainly talent here. Brooks and Huff are without a doubt UM caliber kids and I am extremely excited to watch them develop as they will bring the element of speed back to our LB corps. I am a huge fan of Waynmon Steed but after 2 major knee injuries I'm not quite sure what to expect from him going forward. Steed has always been a very instinctive player with a high football IQ but he was never a burner before the injuries nor was he a freakish athlete like Brooks or Huff. I always liked Joyners potential but he is another one of these kids who was basically a stand up edge rusher in HS. Yes there is athletic talent to work with but we have no idea if he can develop into a true LB on this level. Can he play in reverse? Can he play in space? McCloud will most certainly bring experience and senior leadership and could very well have his best year here. The ability is there.

At striker, Frierson has all the tools like you mentioned. I'm a big fan of Gil and want to see him succeed. Based on what I know of him as a player I truly believe that Frierson can have a breakout year at Striker. I also love the idea of moving Amari Carter to striker as I believe it is a position that is the best fit for Carter's skill set. I could see Carter taking over the striker position for his senior year and give Gil another year to continue to develop.
You must log in or register to reply here.
Share:
Facebook Twitter Reddit Pinterest Tumblr WhatsApp Email Link