A top 100 talent such as Williams parting ways with Miami is never good and there’s really no way to sugarcoat that. However, this is just another in a long line of way too early commitments ending with way too early decommitments. You can’t have coaches stop recruiting freshman and sophomores in high school because it’s just so necessary these days to build those relationships as early as possible, but you can’t help but wonder if the game wouldn’t be better served limiting the timeline on commitments until at least a prospect’s junior season.

Williams’ decision was made all the more confusing in that, unlike other recent decommit Leonard Manuel, Williams hasn’t been making visits to other schools. In fact, he’s only been to Miami this spring, for the Canes’ spring game last month. Williams had been committed to UM since February 2017, 3 years before his Signing Day. He pulled the trigger for the Canes just one hour after his cousin, Lorenzo Lingard, made his pledge to Miami and the two planned to play together in college. With Lingard now on campus in Coral Gables, it’s just another reason this decision is a head-scratcher.

Williams had a rough season on the field for his sophomore season, getting little playing time after transferring to a loaded IMG Academy roster. While taking a backseat at IMG as an underclassman is nothing to be ashamed of, it was certainly counter-productive to Williams’ development and he is now back at DeLand for his junior year. His recruiting ranking stock also suffered a bit, as Williams went from a near 5-star player to the back-end of the top 100 in 2020.

As of now, we expect the Canes to continue recruiting Williams to Miami, but recommits are rare in recruiting.


Future of the Class

Williams’ decommitment brings the total class numbers down to 7. While Williams could end up at many positions at the next level, most had him ticketed to play safety in college. His departure leaves Miami empty-handed on the last line of defense in Category20.

It’s possible the Canes may have seen this coming, as they just sent out 2 offers to safeties just last week; that’d be to teammates Jaiden Francois and Keshawn Washington of South Dade (FL). While Washington could eventually grow into a linebacker, the Canes are in a very good spot with Francois for the time being.

A lot depends on how many safeties the Canes end up taking in 2019, but you can also expect traction to pick up with other 2020 offerees IMG Academy (FL) 4-star Lejond Cavazos and Marietta (GA) 3-star Rashad Torrence. Cavazos already has offers from top teams all around the nation and is a longshot at this point, but Torrence is worth keeping an eye on; he’s teammates at Marietta with current Category20 member 4-star WR Jermaine Burton.

As for a wildcard at the position, look no further than Xavier Restrepo from St. Thomas Aquinas (FL). The two-way athlete has lit up the camp scene this spring mainly at WR, but his tape screams impact safety in college. Restrepo is keeping things open for now, but the Canes were his childhood favorite and will be tough to beat here.

View as thread
This one is far from over and agree some of these guys commit way too early.
Best to ignore any of these super early commits. So much can happen over a three year period.
He needs to prove it on the field imho. His play on the field has warranted his rankings...
Later Gator
He just wants to feel the love

Do you know where DeLand is? He more local to UF than he is to Miami. DeLand is 20 mins from Daytona Beach. UF would be considered the "local" school here. But by all means, go ahead and use that narrative to hammer the staff for recruiting.
We'll see if he's even worth the offer in the long run. Young man was getting spun like a top in the limited camp footage I saw of him.

He could still be a productive college player, but so many of these early rankings are well, just too early. Wonder if he ran from the talent at IMG, was released, got sick of home, or a combination of whatever.

Good luck to the young man and keep at it.

Weakest line in the game too. THE WEAKEST.

Guess you forgot about Ohio state losing Jackson Carmen and Georgia missing out on Owen Pappoe just recently.
If only there was a family member of Lorenzo’s on this forum that could give us the scoop...
later dude, i would rather have Xavier Restrepo anyway.... Go Canes

@Tweed , any thoughts on this one. Did he just commit too early and now wants to see what's out there and be sure???
Last edited: May 10, 2018
Tweed may not want to get involved in this since it is family, guys.
I thought Tweed was not actually family but close friends of the family? Though either way probably will want to keep out of it. Also I believe one of the other families mentioned how once you get on the team the coaches really prefer you and your people not go on things like this message board and post things.

Do not expect him to comment on this for many reasons.
Didn't someone say AW ended up measuring in at like 5'10 175 at some camp but he was thought to be 6'0 195? And his stock has been dropping ever since?

I still want the kid because 2020 is still 2 years away and he can still become a superstud but I think this kid needs to start living up to that freshmen year hype he had when he was a USA Today Freshmen All American and people were penciling him in as the next Sean Taylor. 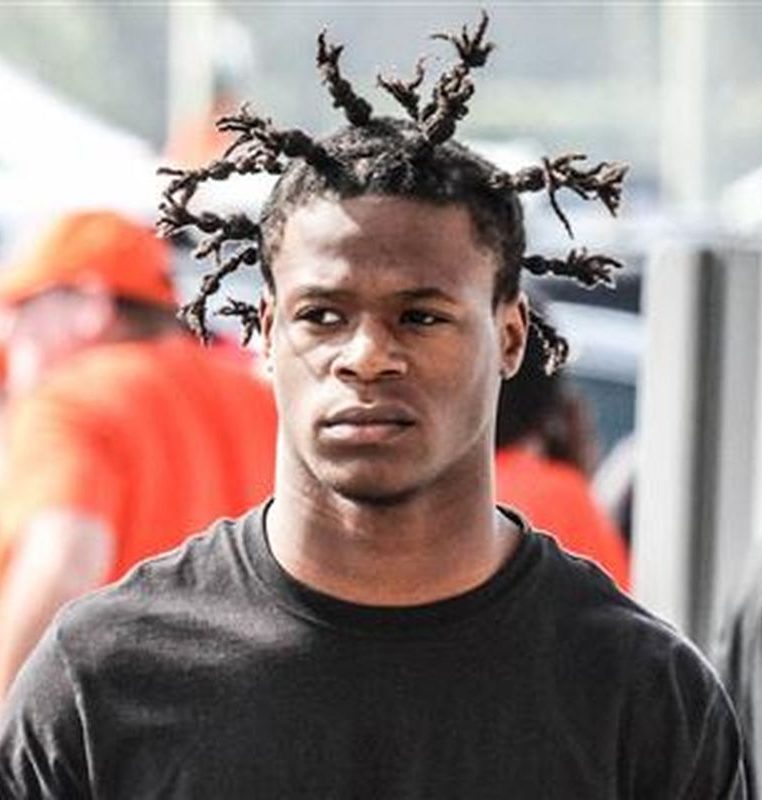