After the Storm: Wisconsin

After the Storm: Wisconsin

Stefan Adams
Dec 28, 2018
I wouldn’t blame you if, after a month away from the field, a semblance of hope for this Miami Hurricanes team and their future started creeping into your mind.

After all, the Canes were coming off a two-game winning streak and a month to prepare for a very average 7-5 Wisconsin Badgers team that was blown out AT HOME by Minnesota in their regular season finale. Minnesota. It was a chance to head into 2019 with some small sense of positive momentum.

However, it seems like the Canes never fail to deliver that gut punch that sends you careening back to reality. In an embarrassing effort that you could only just shake your head at, Miami was whipped up and down the field to the tune of a 35-3 loss to Wisconsin in the Pinstripe Bowl at Yankee Stadium on Thursday night, mercifully bringing a nightmare season to a close.

In fact, the Yankees’ offense might have been a better bet to put more on the scoreboard than the Canes did last night.

Who would have thought that the once promising 2018 season would have to end with the head coach getting a vote of confidence from his AD?

“Our football team’s performance tonight – and at other times this season – is simply unacceptable to all of us who love the U,” Blake James said in a statement after the game. “I am committed to getting UM football back to national prominence and that process is underway. We will compete for ACC and national championships and I know that Coach Richt is alongside me in that commitment to excellence.”

The mere fact that it even had to be said by James should be a sign that Miami football (and Richt’s job security) is in dire straits headed into the 2019 offseason. There’s no way to sugarcoat it anymore: after Miami’s disgusting performance last night (and throughout the entire season) Mark Richt deserved to be fired, "Lane Kiffin on the tarmac"-style.

For political reasons, that won’t happen. Not this season. But no, Miami football is decidedly not heading in the right direction and my opinion is that Richt will not survive another season of more of the same in 2019, politics or not.

Top-level boosters have been focused and frequent in clamoring for an offensive coordinator throughout the season. Those calls are only going to get louder in the coming days. And it’s only one short step from calling for the head coach’s job.

Don’t get caught up in the total wins and losses. What really matters is how Miami is losing, and who they are losing to.

The Canes went 7-6 this season, dropping 5 of those games not to the upper echelon of college football, but to 7-5 teams. Virginia, Boston College, Duke, Georgia Tech, Wisconsin. 2 of these games featured performances in which Miami was not competitive in the slightest from the opening whistle. None of those teams recruit even close to the level that Miami does.

The facts are that elite coaches are not losing in that manner by year three.

A lot of people want to bring up Dabo Swinney and how he brought Clemson into the national spotlight after going 6-7 in his third season. They don’t want to bring up that for every Swinney, there are hundreds, maybe thousands, of head coaches that washed out after similar third seasons.

The differences from Richt? Even after finishing under .500 in year 3 in 2010, Swinney was a relentless recruiter and still brought in a top 10 class during the ensuing 2011 cycle.

Right now, Miami’s 2019 class is sitting at 33rd in the country even when looking at the most favorable metrics with a little over a month to go in the cycle.

Not to mention it has been proven Swinney is willing to make the necessary tough changes to turn his program into a consistent winner. Even after winning the ACC Championship in 2011, it wasn’t enough: Swinney got rid of his defensive coordinator and brought in Brent Venables over the 2012 offseason, setting the stage for 4 consecutive Playoff appearances and a National Title in the years to come.

Does anybody believe Richt is willing to do the same with an offense that was not even close to ACC Champion caliber and struggled to finish in the top 100 nationally this season?

That simply illustrates the stark contrast in leadership and accountability between the two programs. It’s the sad state of affairs for Miami football right now.

While the offense has never been confused for a stalwart during Richt’s tenure in Miami, this season featured a complete bottoming out of Richt’s scheme in the most inept fashion possible; Wisconsin was just the perfect cherry on top.

Actually, inept may be too kind. Miami had more turnovers (5) than points (3) against the Badgers last night, and had almost as many giveaways as first downs (6). Their 169 total yards was the lowest output in Richt’s tenure, and the UM offense’s worst performance since the 2013 loss to Louisville (174 yards). Miami quarterbacks have now completed a combined 12 of 41 passes in their past two games. 29%. You can add to that 100 yards. Total. To go along with a 0-4 TD-INT ratio. None of that is a typo.

For a coach whose calling card is supposed to be quarterbacks, that’s an astounding regression from the days of even Jacory Harris and Stephen Morris. And that’s just on the field. The QB room has been an abomination off the field as well and I don’t need to go into detail. The mismanagement of this position group in all facets this season would have gotten pretty much every QB coach in America fired the second the clock hit zero in the final game.

No, QB is not the only issue, but I’m not going to harp on all the problems because I’ve been discussing the same few things the entire season and it’s really just exhausting by now. I’m going to keep it simple: Richt will make the necessary changes this offseason and have a chance at saving his UM legacy. Or he won’t, it will be more of the same for Miami next season, and he will be terminated.

Nothing more needs to be said.

5 turnovers. 169 total yards. 3 points. 6 first downs. Against a defense that had given up 37 points to Minnesota in their last game. Miami ran 40 total plays and barely had 20 mins of TOP. An absolutely fireable effort for all involved.

Yes, the defense was put in horrible positions all night yet again by the offense after they turned the ball over 5 times in UM territory. Yes, they were facing an elite rushing attack and were missing their best player up front. No, giving up 333 yards on the ground against a one-dimensional team with a backup QB can’t get you any more than a C. 10 TFL, 3 sacks, and Jaquan Johnson’s INT help this grade.

Bubba Baxa knocked home his only FG attempt and had a solid season considering he was a huge question mark coming into 2018. Jack Spicer got some lucky bounces to finish with a 41.0 ypp average on 5 punts, landing 2 inside the 20. DeeJay Dallas had a nice 35 yard punt return and UM let up no big returns on the coverage units. Baxa’s kick out of bounce to start the game was the lone negative. Solid effort but nothing spectacular earns a B.

With a month to prepare, UM again showed no new wrinkles. The team again looked unprepared and asleep for a game on the national stage. Not getting an extended look at Jarren Williams was a failure in my opinion. The coaches kept doing the same things that have not been working expecting different results, the definition of insanity. 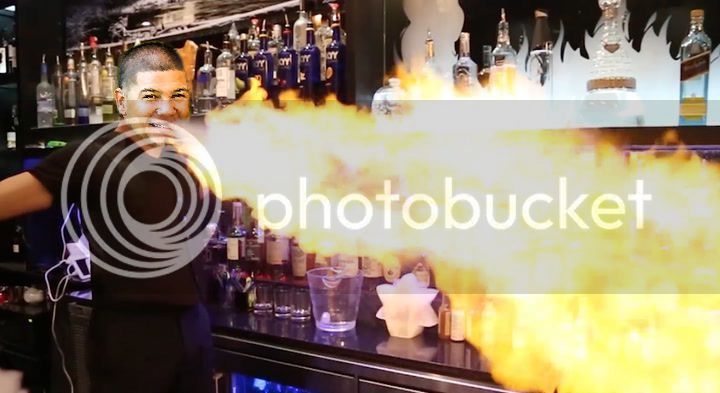 2019 defensive sneak preview
This was a 9.0 on the Richter scale.

Call in FEMA cause this is a disaster of a program.
Nice work Stefan.
Next year will be MR's last because the D will take a step back and he wont hire a real DC.

We the Boss said:

Lmao @ this picture of Band-Aid
we suck
Good write up. F minus. Feel sorry for the players who trusted the staff. Look forward to season ending podcast...hope you guys break out the fire water when you do it..

Blake needs to be fired as well

They have earned it
Great job Stephan, hold no punches.
#AnyonebutRorcht
What really kills me is Richt promoting green dudes to DC in some twisted effort to save this amazing recruiting class. Seriously? Next year is going to not be as ugly as it will be comical.

I won't even get started on this O. No one in their right mind wants to play in it, so if saving a recruiting class was REALLY why he hired Banda and Patke, what the hell is his excuse for not hiring an OC? It's his O that is sending recruits running like hell. Pure idiocy from every damn angle.
Here is my question, it has been 24 hours, has there been any inclination that changes will be made? As I recall, Coker sacked everyone the very next day after the peach bowl collapse. The fact that there is silence still troubles me that Fat boy Richt is hoping this will all die down and he can go on doing his bs.

Stefan Adams said:
A lot of people want to bring up Dabo Swinney and how he brought Clemson into the national spotlight after going 6-7 in his third season. They don’t want to bring up that for every Swinney, there are hundreds of head coaches that washed out after similar third seasons.
Click to expand...

Even Stefan is taking shots at the dumb arguments made by Richt defenders lol. Respect.
Great job Stefan. You hit on all points.

Now do cuck Blake James please....I’d love to read a write up on that a55hole

Blake needs to be fired as well

Amen, his 2 hires Morris baseball and the deacon have been awful
Very well said, indeed. Especially: "Even after finishing under .500 in year 3 in 2010, Swinney was a relentless recruiter and still brought in a top 10 class during the ensuing 2011 cycle."

This is really the shame of shames. If there was ever a problem with "execution," it's with the staff. And everybody knows it.
Stefan, for the sake of everyone's mental health, can you please let us know if you hear ANYTHING positive related to changes, hires, etc. Just... anything to give us hope at all? Please.
It's not a good sign that the media, BOT, and fans are trying to give HR advice to a HC making 4+ million a year. This isn't a situation where Miami had a middling offense and fans are just being impatient. The offense was historically bad and if there was no heat on Rick he wouldn't make a single change. I think that's all that needs to be said.

First, we need to ask Papa DiMare for some free tomatoes to throw at Rick. Then one of those business savvy BOT members needs to fire Flake to send a clear message and reach out to Rick's agent to open discussion on his buyout.
You must log in or register to reply here.
Share:
Facebook Twitter Reddit Pinterest Tumblr WhatsApp Email Share Link