2018 ATH Shivers is an electric prospect

2018 ATH Shivers is an electric prospect

Year-in and year-out, South Florida is home to some of the most unique and dynamic football prospects in the country. 2018 Chaminade-Madonna ATH Shaun Shivers (5-7, 170) falls into both of those categories.

Although he is one of the smaller players on the field in most games, Shivers’ running style has landed him upwards of 20 offers and he is only entering his junior season. Shivers plays running back for the Lions in their pro-style system.

“I’m a downhill runner. I would say I have both speed and trucking ability,” Shivers said. “There’s a lot of people surprised that I can run the ball like I’m 200 pounds, even though I’m 170. I always feel like I have a chip on my shoulder and that people try to underrate me because I’m small, but I can play with the best.”

Out of the offers that Shivers has received, he says that Auburn, West Virginia, Virginia Tech, and South Carolina are the programs showing him the most interest. Just last week, another school’s offer caught him off guard.

“I was surprised when I got the TCU offer because they don’t really recruit Florida. Most of their team is from Texas. I am excited too because I know there could be a lot more offers coming my way after the season,” he said.

Despite the attention from out-of-state schools, Shivers has not heard much from the Miami Hurricanes.

“They haven’t shown me love. They haven’t talked to me yet,” said Shivers. “I’m open to anyone though because I know more offers are coming in. So I haven’t closed that option (Miami).”

Shivers has not completely closed the door on the Canes and had some positive words about his thoughts on the future of the team.

“I saw half of their spring game. I think Coach Richt is changing it up and making the program a lot better,” he said.

Shivers explained that a major factor in his recruitment will be his relationship with close friend and teammate, Xavier Williams, a 2018 wide receiver who Miami has offered.

“We are real serious about playing together because we have talked about it since we were young and now we have a lot of the same offers coming in, so it’s something we are really going to have to talk about,” Shivers said.

View as thread
Obviously there will be questions about his size, but hard to watch his highlights and not get excited. Going to be interesting to see who jumps on him this season because he will put up some huge numbers. Chaminade has a really nice squad this year.
2018 is full of elite players it seems.
Is he worth the offer? LSU, Auburn, Georgia already offered
he looks like a helmet with legs
Definitely need to get Xavier Williams though
Don't care about size.......want

Could be dymanic as a return man
maurice jones drew

Absolutely one of the finest descriptions I've ever encountered...
Nasty! Get him into open space and watch magic. Sign that lil ***** up!

If he's dynamic like Parrish, then perhaps he's worth pursuing...
Perhaps (about) the height of Drew, but he weighed much more than 170 at De La Salle....

Always liked the kid, but I doubt he'll find a spot on our squad. He won't beat out any of the WRs were going for. And I doubt Richt goes after him at RB simply because Richt likes a little size with his backs. But Shivers is definitely nice on the field though.

jkaz1 said:
Perhaps (about) the height of Drew, but he weighed much more than 170 at De La Salle....

Drew is a once-a-lifetime specimen. Look at this dude's legs. For his age, almost unbelievable. 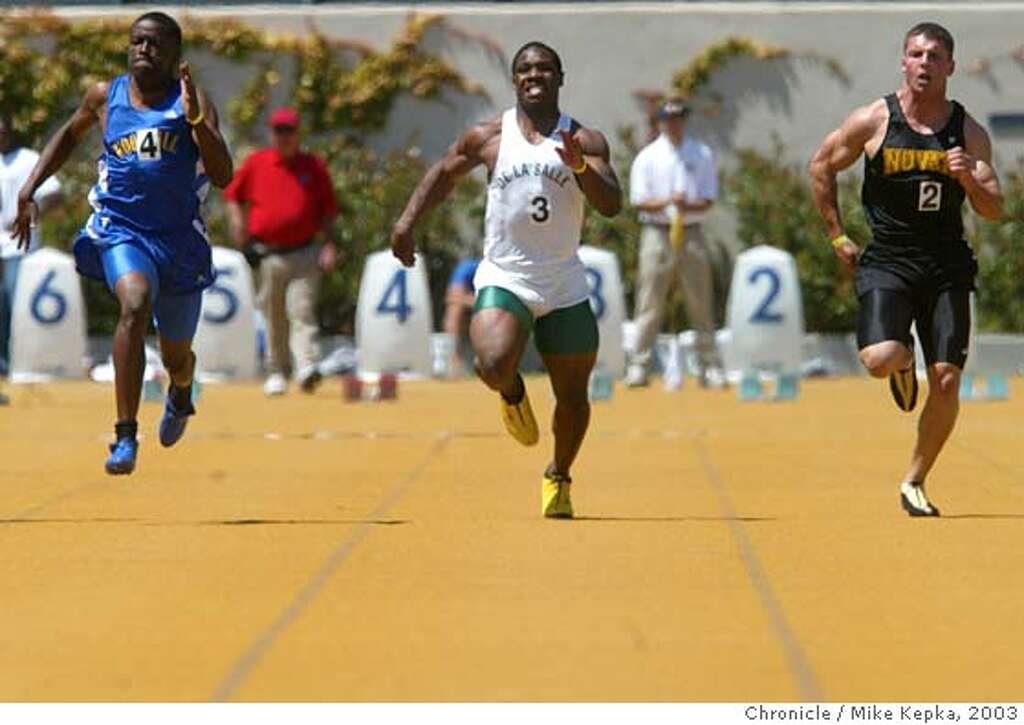 Should always have a spot on the team for guys like this. Don't care about height, electricity is all that matters.

Leonard Conley/Darren Sproles
Staff will evaluate....there may be a better option....but he looks good
A slightly shorter thicker tougher less susceptible to injuries version of Isaiah Mckenzie. Richt signed Isaiah. If this dude can put points on the board with big plays you overlook height.
You must log in or register to reply here.
Share:
Facebook Twitter Reddit Pinterest Tumblr WhatsApp Email Share Link