Should any of our WR move to corner?

I think there’s only a few WRs that possess the speed of a corner on the team (Pope and Thomas come to mind).

Hurricane23 said:
I guess this is were not getting Jobe or Campbell hurt us?
Click to expand...

Did we have them last year? Yet we still ended up #1 overall in passing defense. We got a number of options at corners and safety people just being paranoid

Nesta to RB. I dare you to tackle him.

Exactly how do we know we have good depth at WR? I have yet to see three consistant WR play on game day for us. Let's see who's good enoigh to stay before we ship kids to the other side of the ball.

As I'm more interested in rational discourse I'll respond with actual reasons to your sarcastic proposals:

Burns- too fragile for LB. He might literally die after making his first tackle
Irvin- not have physical tools for success at DE
Perry- not even close to the athleticism needed for CB
Knowles- probably weighs 215 lbs, not going to work at tackle
Dykstra- prob runs a 5.5 40, so not good for safety

Again I don't know if Wiggins,Harley, or Burns have the physical attributes to play CB. Learning the position can be difficult, but it's also possible to get by on pure athleticism. If you recall, the Packers coaches said that Shields didnt have even the faintest idea of how to play CB, he was successful in college because he was a superior athlete. 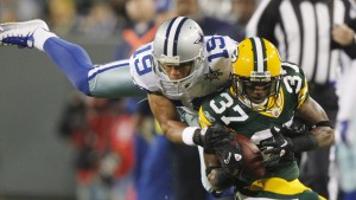 GREEN BAY - Joe Whitt isn't afraid of making bold statements, and given the Green Bay Packers cornerbacks coach's track record, perhaps people should take him at his word when

"Much of the credit for that goes to Whitt, who was at his wits' end when he found that Shields had no idea how to watch film, learn defenses or prepare for games at the cornerback position. So Whitt began at, well, the beginning.
"He had no clue. Trust me, no clue," Whitt said bluntly. "There was one day, I almost lost my mind.""

Maybe the more open-ended question is if you HAD to switch any player from offense to defense or vice versa, who would it be and why?

TimeB0mb said:
I think Sam Shields played WR all through HS and 3 years of college. Switched to CB his senior year. It might be challenging, but it's not unprecedented. That being said, I don't know if either Wiggins or Harley are the best candidates though to switch sides. If we are throwing names out, how about Robert Burns, there is only about a 1% chance he will contribute anyways. Since he is made of glass, maybe CB would be easier on his body than RB.
Click to expand...

Did you just say move Robert Burns to cornerback??

Because he was starting/stealing reps and dropping balls

I think he should be moved to a padded room and wrapped in bubble wrap for his own protection. We are going to get zero production out of him at RB, he can't take the hits. I'm just musing about other positions where he might be able to avoid a lot of contact. All I know about his football ability is that he is really really fast.

Lol at Gronk ever being on a kickoff coverage team. He was out there in case the dolphins tried to throw deep. It was a hook and ladder play. The highlight was only plastered all over ESPN for the following 24 hours.

Change Hedley to QB and then have his vatos from Pelican Bay sit behind the opponent’s bench staring at the other team.

Hedley will score on every play untouched. Blood in, blood out. 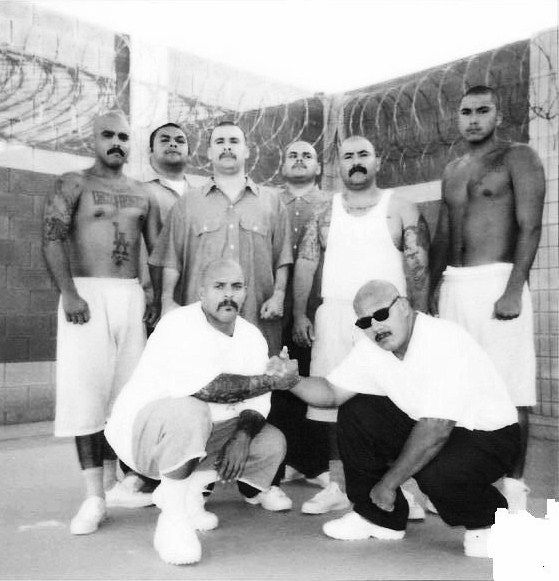 OriginalCanesCanesCanes said:
Change Hedley to QB and then have his vatos from Pelican Bay sit behind the opponent’s bench staring at the other team.

Hedley will score on every play untouched. Blood in, blood out.

Hedley should NOT walk down the streets of Mexico.

Insanecane said:
We’ve got some excellent talent at WR. We are also very deep at WR. However, we’ve had some guys who are very athletic but seem to struggle catching the ball. Wiggins and Harley come to mind. Both of these guys are physical blockers so scrapping it up doesn’t seem an issue. Not sure about their hips. Would it be a bad idea to give these guys looks at corner?
Click to expand...

I confused the play, but my (intended) point remains the same. It would be great if you had someone you could teach to play goalline corner that teams wouldn't dare throw fades towards, like an Njoku. I'm not saying it has to be him, or that anyone on the roster currently can do it. Just said it would be great if that was something we could do.

In light of the fact that Mark Richt recruited JT as a WR and actually played him at WR, your argument looks very sound.
C

I'm not ready to give up on Mike yet, but he might want to start working on his back pedal... I really thought he would be a ST kind of guy but that hasn't panned out. At 5'9" / 175 # maybe he really needs to think about it. His numbers in HS were nothing great and we know what he's done the past 2 years. Personally, I'm not sure, he is going to beat out the other guys on our team for reps.

jerive31 said:
Generally no, but wouldn't it be great if you could teach an Njoku or someone of that size how to defend a fade in a critical spot?
Click to expand...

You could. But they would just change the route to a slant.

I see a lot of "Sam Shields did it!" Have any other players made the successful transition from WR to CB despite having no experience playing defense? I'm not saying it's impossible but randomly suggesting that guys who haven't played CB even in high school should be able to make the transition from WR seems like you're just throwing **** at the wall and seeing what sticks.