What up guys. It's the down South insider Goulds Cane.

When I was playing football, I knew nothing about schemes. I literally just did what I was told. I played offensive line & nose tackle in Pop Warner, defensive end in a 5-2 my first two years of high school then middle linebacker in a 4-3 my last two. I played weakside linebacker in a 4-3 in college. I kinda started learning more in college, but most of my time was spent hooping in the rec center & chasing around Midwestern white women.

Two schools I really like are San Diego State and Iowa State. Iowa State has made a power move from Power 5 doormat to one of the best teams in CFB under Matt Campbell. SDSU always just hangs around as one of the best G5 teams in the country, and they pump out NFL prospects. Both teams have a 3-3-5 base defense. I know it helps against modern spread passing attackers, but it is feasible for Miami? Are the personnel in the 3 man front similar to the 3-4, where you have 2 300 pound defensive ends & a morbidly obese nose tackle? Are the 3 linebackers similar to the 3 LBs in the 4-3? Is the 5th DB a striker? Honestly, how much different is a free safety from a strong safety? Are there any good 3-3-5 coordinators that are interested in coming to Miami? Why I can't come thru in that pecan Jag?

On Madden it go hard.

I like the 3-3-5 a lot. So many personnel options with it.
IMO, it depends on our personnel and defensive philosophy. James Williams would be a star in a 3-3-5.
G

Rocky Long is a defensive guru. He had some nasty defenses at SDSU. He runs the 3-3-5.

He actually resigned as a HC, and went back to New Mexico(his alma mater) to be a DC.

So 2 DC's I like from the Rocky Long coaching tree are Tony White at Syracuse and Zach Arnett from Mississippi State. White has been the DC for 2 years, and their defense made a dramatic jump this season ranking 20th nationally in total defense, and 16th nationally in sacks.

After posting the best total defense mark in a decade at Syracuse in 2021, Tony White enters his third season as the Orange’s defensive coordinator. A disciple


Arnett has been at Miss St for 3 years.

Miss st was 30th this season in total defense.

Season at MSU: 3rd Twitter: @CoachZachArnett COACHING NOTES AND ACCOMPLISHMENTS • A rising star in college football's coaching ranks who was hired as defensive

we ran that defense in high school and based it off of the Rich Rod WVU defense. They were one of the first ranked teams to run this defense in CFB.

Iowa State, UCF MSU run it currently. Here is a recent article about the defense 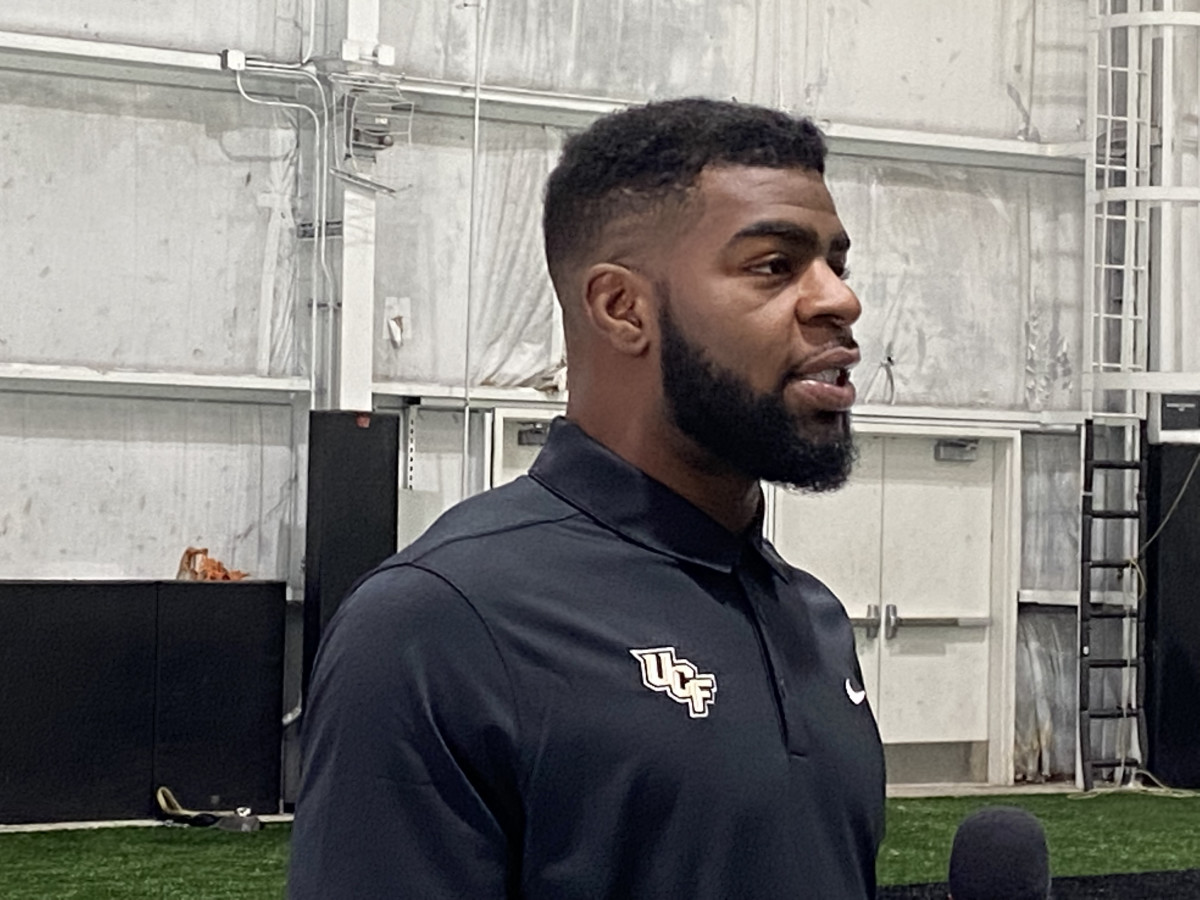 The Knights need a way to not only keep up with more wide receivers playing during most snaps, they also needed a way to create havoc. Enter the 3-3-5 defense for UCF Football.

Goulds Cane said:
Why I can't come thru in that pecan Jag?
Click to expand...

All for 3-3-5. Less worried about base scheme and what adjustments we make week over week.

But have to ask, wtf did Iowa State become one of the best teams in college football? At least have a double-digit winning season first.

We all need therapy so we can take the word striker out of our vocabulary aside from that yes I want to see what we look like in a multiple 3-3-5 scheme that can shift to a hybrid 4 down formation without much substitution depending on the situation.

The modern 3-3-5 is also different from the old 3-3-5 stack. The old stack played 3 linemen and 3 traditional linebackers in the second level. The modern version uses 3 lineman and 1 rush linebacker so you’re essentially playing a 4 man front, just with an odd alignment. The second level usually consists of two traditional linebackers and a safety/hybrid similar to the striker position Diaz employed here. It’s really not all that different in terms of alignment and personnel than what we’ve seen here for the last four years.
S

You can make anything happen if you just put your mind to it.


That’s what they say.

I like downsizing, but not as a base scheme. Ole Miss ran the 3-3-5 at us and so did Cincy, to name two I can remember. Both got run-on between the tackles for 4 quarters. That's the issue when you take on elite teams that can run the ball downhill. I believe I'd rather keep my LBers at full size that can run and tackle and be ready to drop into DIME coverage when we face these pass-happy teams.

TUSKtimes said:
I like downsizing, but not as a base scheme. Ole Miss ran the 3-3-5 at us and so did Cincy, to name two I can remember. Both got run-on between the tackles for 4 quarters. That's the issue when you take on elite teams that can run the ball downhill. I believe I'd rather keep my LBers at full size that can run and tackle and be ready to drop into DIME coverage when we face these pass-happy teams.
Click to expand...

No. We run a 3-4, but we are in NICKEL about 80% of the time. So that's really our base defense. We usually have a four-man look on the LOS, with our OLBer, Will Anderson, with his hand in the dirt. In our DIME look, we usually have both OLBers in the game on the edge and one of our ILBers is replaced with another safety at the LBer position.

If you just look at it from a distance it's actually a 4-2. We run that formation with 2 tackles on the LOS, a DE and OLB. We also don't have glorified safeties playing ILB in our NICKEL.

3-3-5 is personally my favorite base defense. IMO it’s the easiest defense to disguise coverages and blitzes out of. You just have to have the right personnel to run it. Need some alpha dudes at the ends and every dude in your secondary has to be a willing and capable tackler because based on formation and where the ball is, the backside corner can be become a run fit player like a traditional 3-4 backer would be.

I think Miami could easily find the athletes to play the 3-3-5, hell we already have 5 dudes on the backend who could do it. I’m not sure if we have the Mike backer or ends to be able to pull it off consistently right now. Stewart would be perfect as a 3-3-5 end

TUSKtimes said:
If you just look at it from a distance it's actually a 4-2. We run that formation with 2 tackles on the LOS, a DE and OLB. We also don't have glorified safeties playing ILB in our NICKEL.
Click to expand...

Exactly. An OLB who lines up at DE. Two traditional inside linebackers, two corners, two safeties and a nickel who’s a hybrid linebacker/safety. That’s the modern 3-3-5.