With yesterday's National Signing Day behind us (and possibly still one more signing to come later this month) I've updated the roster composition totals. Some notables:

- Miami's blue chip ratio now stands at 53%, down slightly from last season's 54%
- This marked the sixth straight season that Miami has recruited at least ten blue chip players in a signing class. Prior to 2017, we went eight years and hit double digit blue chips only once
- The two signings yesterday bring our offensive line pool to 18 players, equivalent to last season

*Please note that this does include three previous walk-ons who were given scholarships. 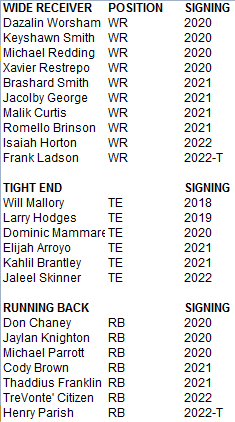 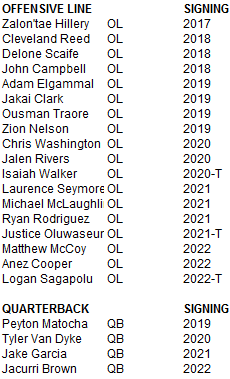 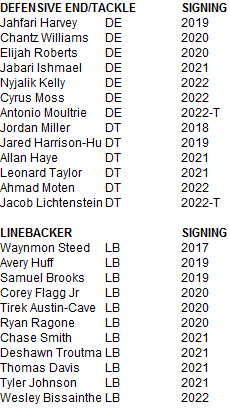 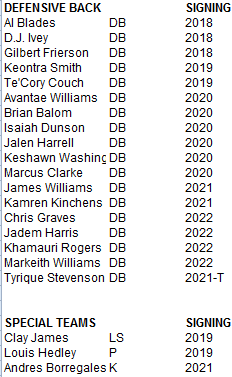 What I see is increased competition. Combined with better coaching equals a better team. We will be a better team from more than a win perspective.
B