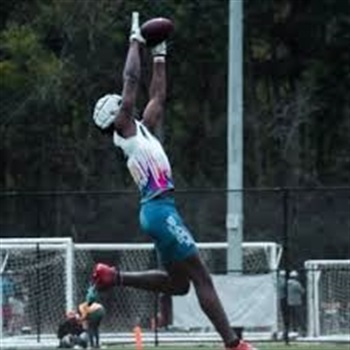 He’s not from Houston, he’s from Arlington, that’s West Dallas near Grand Prairie.
(It’s where the Dallas Cowboys play, at the palace of AT&T stadium)

Rising prospect at 6’4 235lbs, he plays in college style offense where he actually plays as a traditional TE with his hand in the dirt & blocks, as well as a Flex-out Y & Flanker in the Red Zone. He runs very good short-intermediate routes & gets good leverage off his releases. Has very good hands in traffic & displays great athletic ability as a 110 & 300m hurdler.

He’s a quintessential TE, not just a big WR that you have to bulk up & move, he already plays college style TE right now & is physically ready to play on the college level as a 245-250lbs TE. Reminds me of Jared Cook.

UNC & UT are already on him, but his recruitment is blowing up, I think he’ll be a difficult pull from UT, but Miami’s cache as TEU gives us as good a chance as anybody. Especially with the offense we’ll be running, it will be tailor made for TE’s.
Share:
Facebook Twitter Reddit Pinterest Tumblr WhatsApp Email Share Link
Top