One organization picking in the top 10 is shying away from drafting players who opted out of playing last season, according to one person familiar with the team’s thinking. A senior executive for another team said he has no definitive stance on players who opted out but has seen some of those players arrive for their pro days out of shape. “It looks terrible, and he can’t do some of the drills,” that person said. “And I’m like, ‘What have you been doing for the last nine months?’ That’s when it hurts a kid.”


That might not impact the order of the offensive line since Sewell and Slater sat out last season, but it could mean Waddle goes ahead of Chase, who opted out, depending on when the first team considers a wide receiver. 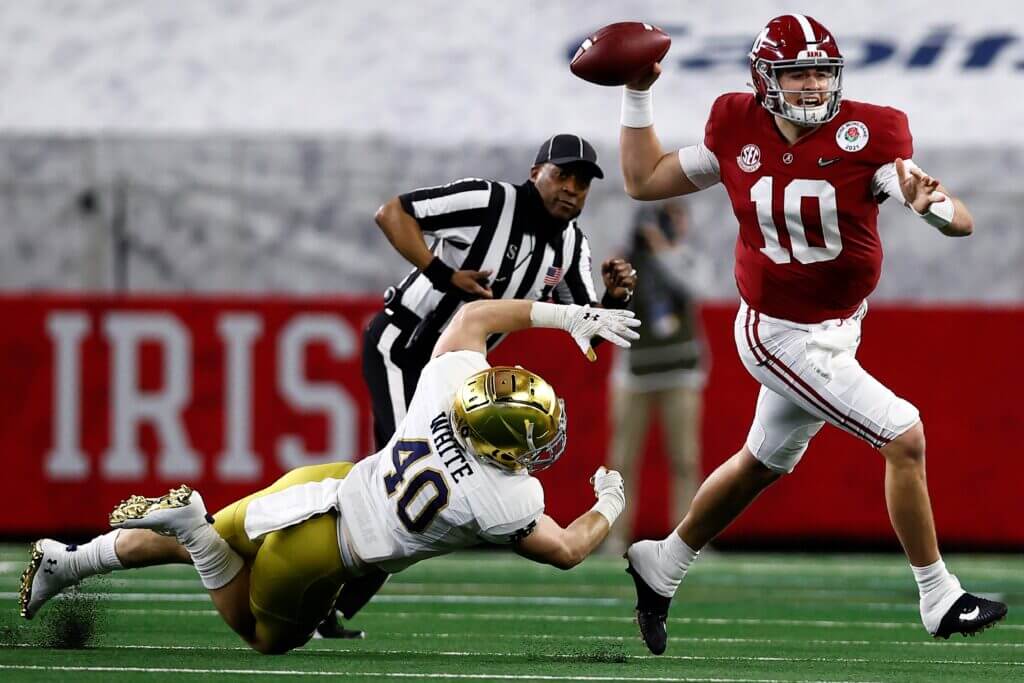 A pre-draft primer on the big decisions to be made, including Jones or Justin Fields, a fit for Kyle Pitts, Day 1 trades and more.

Hope y'all ready for the Phins to take Waddle over Chase.
B

Waddle over Chase is a clown move.

Jaelan Phillips to the Dolphins?
2 3