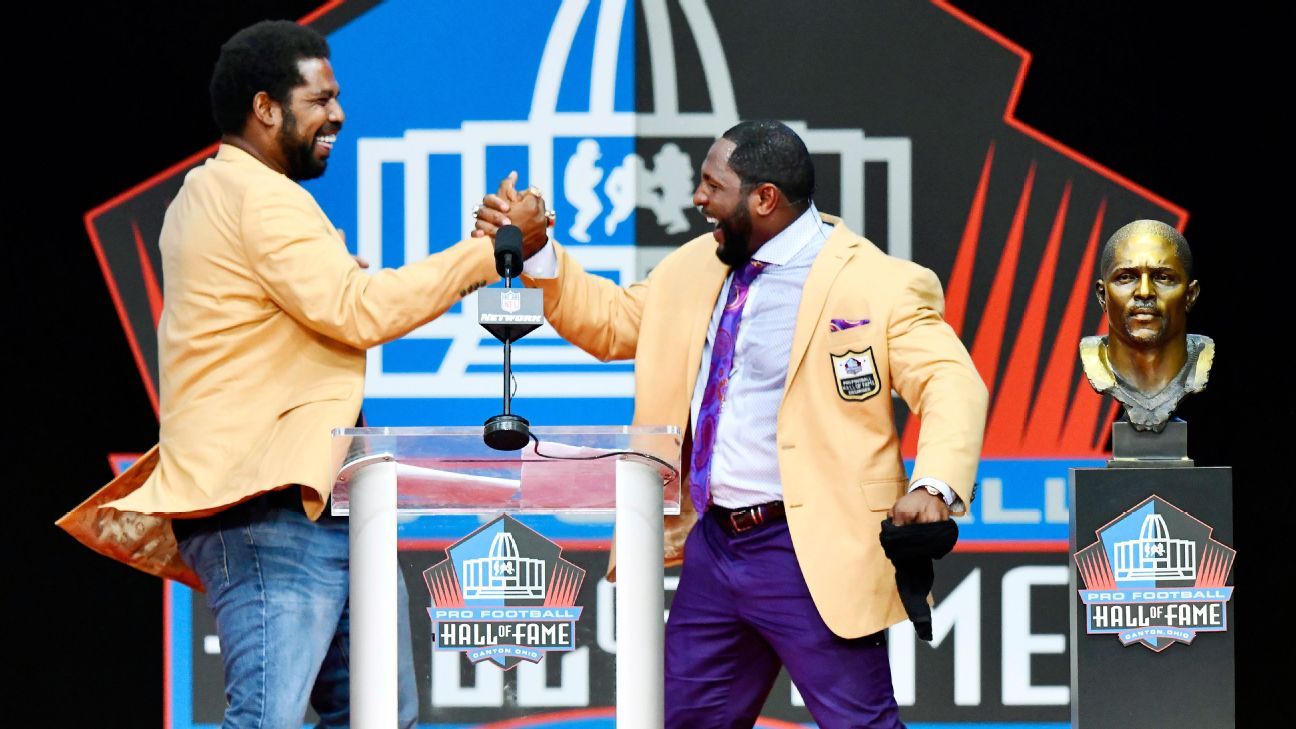 This is the story of a legendary draft that put the newly minted Ravens on a historic path of success, told by those who were there.

some cool quotes in there:

SAVAGE: That first rookie camp, Ray showed up to do the towel pullup. You throw two towels around the bar, grab them with your hands and do pullups. Ray asks, "What’s the record?" Lionel [Vital, scout] and Jerry [Simmons, strength and conditioning coach] looked at each other and said, "We don’t have any records. We’re a new team." Ray moves his arms back and forth and says, "Let me set the record." He jumps up there and rips out however many there were. Lionel comes upstairs and said: "This Ray Lewis is special. You talk about a leader. It’s just dripping from this guy. He’s going to take control of this team and take control of this defense.”

KOKINIS: That was the first time we all learned under Ozzie the phrase "This guy’s a football player." We’re like, "He was born to play the game." All the intangibles, the football mentality -- that's what we try to find in players now. As a young scout, we had a picture of what the pinnacle is.

Ray was a different breed.

best pure football players of the past 25-30 years

Good comments on Ray. In the end, it was his leadership and passion that set him apart.

SAVAGE: We thought he was a good player, but we had no idea he was going to be a franchise-altering player because of the leadership and the passion. A lot of that is still held true to this day. I mean, "Play Like a Raven," the Raven Way. All of that emanated from Ray’s years there.
Click to expand...

This is why he’s the best defensive player ever, bar none. Folks talk about what they saw him do on a field. It’s a lot harder to realize and credit him with what else he caused happen. He literally forged a team, brand, culture, and ethic that became imbued with the franchise and today is every bit what the steelers got from their ‘70s teams. Maybe Butkus is remembered that way, but it wasn’t really true that the Bears franchise adopted his approach culturally. Only in style and marketing. It took Ditka to reconnect.

Ray could run, hit and expertly diagnose plays. He was a monster.

NFL Draft: The Effects on Recruiting
2 3 4

Article Diaz speaks on Oklahoma State, praises week of practice ahead of bowl
2