2022 Miami Central (FL) 4-star LB Wesley Bissainthe participated in the Miami Immortals 7v7 tryouts this weekend, using the event to keep improving his game over the offseason ahead of his senior go-round with the Rockets.

“One thing that was good about this event was getting extra work in, just getting ready for the season. We’re back-to-back state champs, going for another one my senior year,” Bissainthe said.

As one of the top recruits in the country for the upcoming 2022 cycle, Bissainthe has heard a lot from the local Miami Hurricanes, and says he is feeling like a priority to UM following regular conversations with head coach Manny Diaz.

“I’ve mainly been talking with coach Manny Diaz, just looking forward to building a better connection with him. We’ll see how far it goes in my recruitment,” Bissainthe said. “Coach Manny Diaz likes me a lot, he feels I’m one of the best players down here in Miami and I appreciate that very much.”

The 6’1” 195 pound prospect is also in frequent contact with Miami defensive coordinator Blake Baker, who tells Bissainthe that he is a key part of UM’s plans for the 2022 recruiting class.

“[Baker] was just calling me everyday and telling me they feel I’d be an important piece of their defense and that I can make plays in their system,” Bissainthe said.

With the COVID-induced dead period going on for nearly a year at this point, the last time the Miami Central star was in Coral Gables was for UM’s Junior Day event back in January 2020, but Bissainthe hopes to get back on Miami’s campus in April when the dead period is tentatively scheduled to be lifted.

“I was able to speak with some of the coaches at Junior Day, and even though we weren’t able to do much, the on-campus experience was great, it’s a beautiful place,” Bissainthe said. “I know they just rebuilt the dorms, so I’m looking forward to getting back up there and getting to see more things.”

The Canes improved to 8-3 in Diaz’s second year at the helm while also reeling in a strong 2021 recruiting class headlined by many local stars, and Bissainthe has taken note of the momentum at UM.

“Miami has great history and I know they’re trying to get back,” Bissainthe said. “They’re building right now, they had a pretty decent year this year, and I know they’re going to continue to get better. I’m just looking forward to seeing that.”

As for other programs involved in this recruitment, Bissainthe points to three other Power 5 schools that are standing out right now.

“I’m talking to Florida State, Oregon, and Penn State mainly,” Bissainthe said. “I was going to drop a top 10 this month, but I think I’m going to wait until after I take more visits. I definitely want to see Florida State, I want to go up there to Penn State, maybe West Virginia, and of course Miami.”

With Bissainthe leaving his decision for after his senior year, he will focus on building relationships at the programs he’s most interested in instead of rushing a commitment.

I believe both @Liberty City El and @gogeta4 have brought him up before.

Why would somebody really want to get up to tally after that disaster of a season? 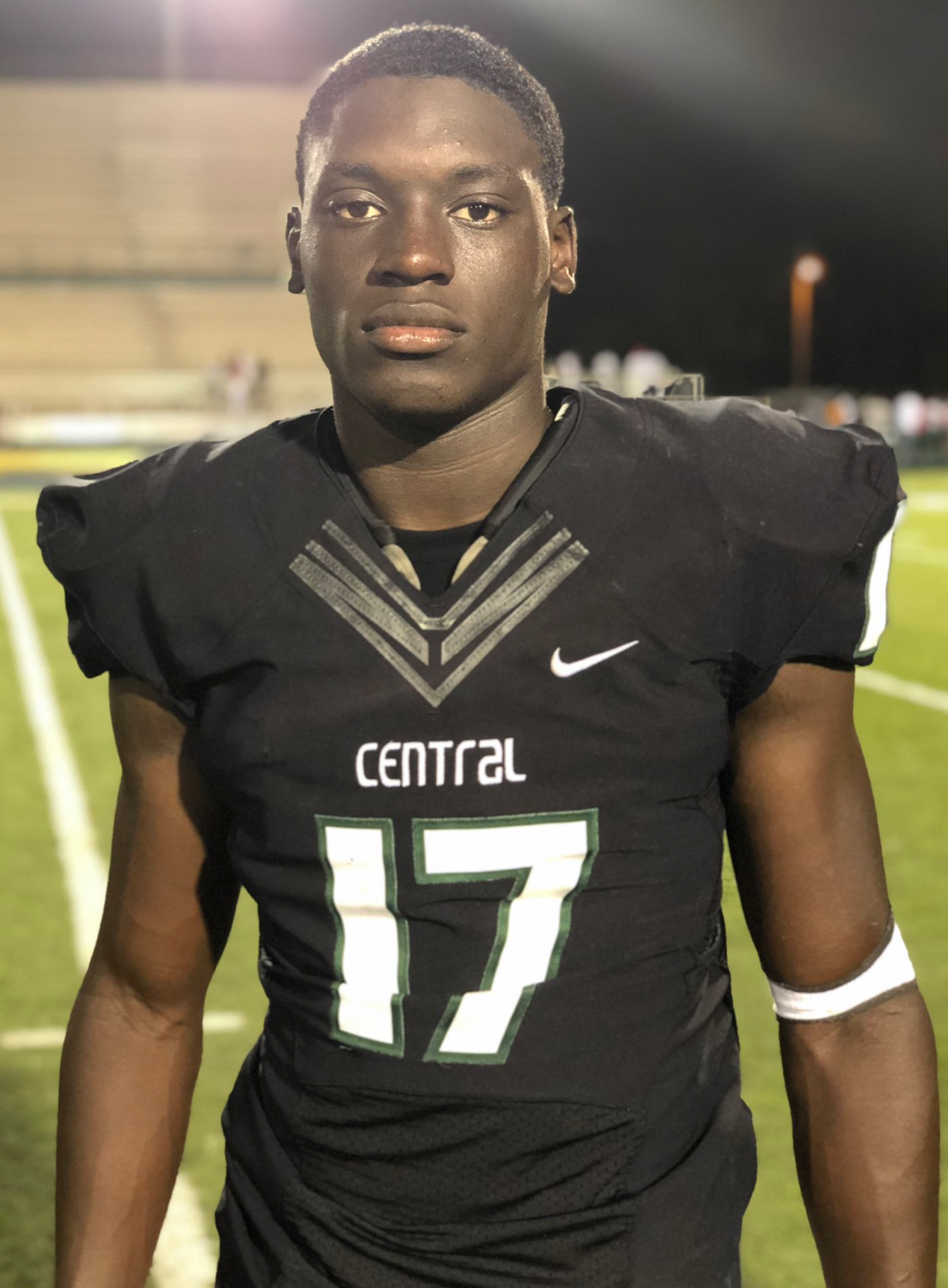 SpikeUM said:
I believe both @Liberty City El and @gogeta4 have brought him up before.
Click to expand...

My type of LB. Love his ability and tools to work with

JG14 said:
Why would somebody really want to get up to tally after that disaster of a season?
Click to expand...

FSU & Penn State are dumpster fires, Oregon is far as hell and I doubt his family wants him out there in the midst of COVID, West Virginia realistically has no chance.

From the list of schools he named we should be favored.

SpikeUM said:
I believe both @Liberty City El and @gogeta4 have brought him up before.
Click to expand...

JG14 said:
Why would somebody really want to get up to tally after that disaster of a season?
Click to expand...

Same reason every one walks around their neighborhood after a hurricane. Destruction voyeurism.
C

Maybe he's just playing it close to the vest but I didn't get a real warm and fuzzy about UM from that interview. Seems like the coaches have some work to do with this kid.
J

No Bama or Clemson on that list... feels good

Outside of those freak defensive ends in the 2022 class, this kid is number 1 on my board. He's the perfect linebacker in today's game. Reminds me of the new wave of LB like Devin Bush, Devin White, Lavonte David, etc.

gogeta4 said:
My type of LB. Love his ability and tools to work with
Click to expand...

He damn well better be our #1 target at LB.