Hit the portal today and Baez is following him. Was the 3rd highest rated LB in the PAC-12 last year. Offered by Mario while at Oregon and Oregon appears to be his first offer. He's from Philly so you would think this would be a layup for PSU but we all know who the DC is there

Made a big impression on Ivins at Battle Miami in 2020 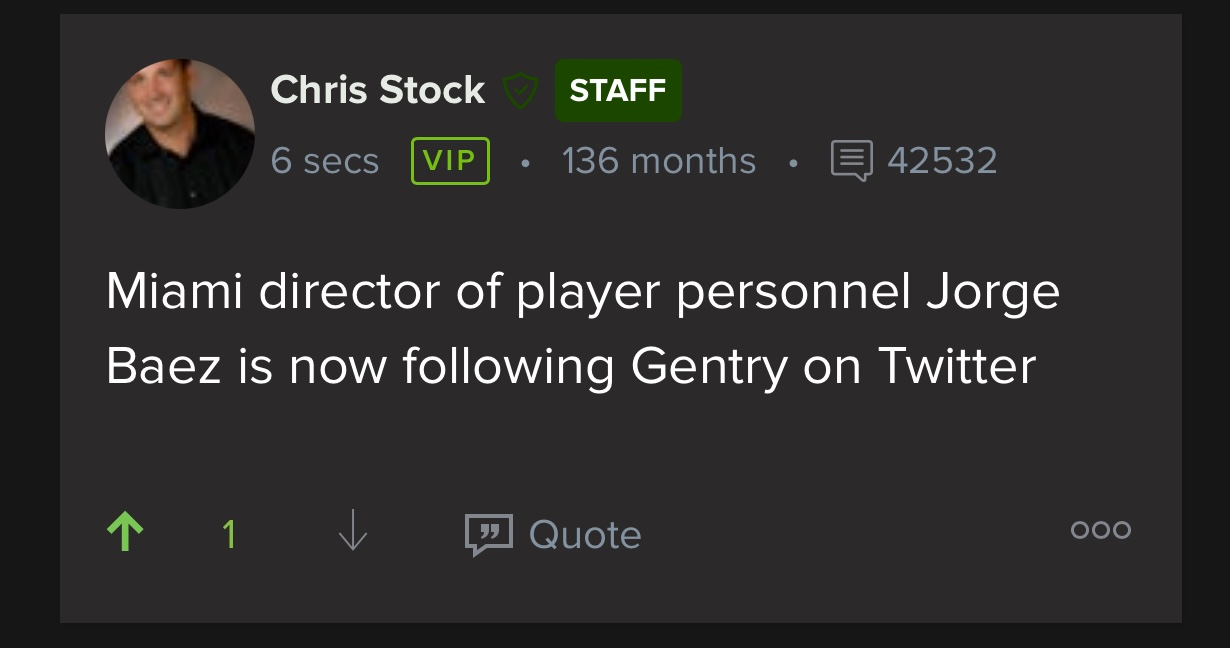 @Bpayne32 you said that he was the 3rd highest graded LB in the PAC-12 last year. #3rd highest Freshmen LB or 3rd highest overall?

lindend said:
@Bpayne32 you said that he was the 3rd highest graded LB in the PAC-12 last year. #3rd highest Freshmen LB or 3rd highest overall?
Click to expand...

According to 247, Mario was the first to offer him.

According to 247, Mario was the first to offer him.
Click to expand...

Yep he gave him his first PAC-12 offer

6'6 LB? Not that height is the end be all lol but yes plz

Thank God for the Columbus Mafia

This needs to happen

Thank God for the Columbus Mafia

CaneFanWNY said:
6'6 LB? Not that height is the end be all lol but yes plz
Click to expand...

Will update the OP with this info. Anyone remember him at Battle Miami in 2020?

-Eric Gentry had two strong suitors coming out of high school in the 2021 class, and he became a freshman all-American at Arizona State.

After going into the NCAA transfer portal Thursday, expect that suitor list to be much more lengthy.

In speaking with sources, USC is the early front-runner for the 6-foot-6, 200-pound Gentry but there are a bevy of others involved as well.

Georgia, Miami, Texas, Kansas, Penn State, Rutgers, Florida, Texas, Oregon and UCLA were quick to reach out to Gentry's inner circle after he went in the portal.

"I could see USC or Miami, but schools are reaching out quickly," a source said. "He is going to have a lot of options."

Gentry prepped at Philadelphia Neumann Goretti, where he transitioned from playing basketball to being a football recruiting.

Coming out of high school, his two finalists were Arizona State and Virginia. He was listed the No. 26 edge in his class.

As a freshman, he made 45 tackles, including five tackles for loss and a sack.

Hoping we can beat out USC here
D

Sauces? or just a hunch?

6'6 Inside Backer that can run? Sign me TF up

ASU Podcast from just two weeks ago. No obvious hints he was about to hit the portal. Says his goal this year is transition from a productive player to a game changer.

We need this kid badly..give him a bag and get him here