If we can get this one from where he's from...we have a chance with anyone.

Paranos said:
This Gorilla of a young man needed his own thread! He has the mentality and demeanor you want in an interior dlinemen, he enjoys that inside smash mouth football of simply whooping the players in front of you.

2022 Louisiana DT Shone Washington is attending Paradise Camp as part of a college camp tour him a group of other Louisiana players are doing to raise their recruiting profiles. Washington is a big bodied DT with violent hands and natural power to hold his ground combined with very good short area athleticism. He would be a steal for Miami, but I am thinking if he did get a commitable UM offer, then committed that a $EC late offer would flip him. So this recruit would be a very high risk high reward recruit, but as it's said scared money don't make money.

He sat out his sophomore year because he was ineligible as a result of transfering high schools.

He decommitted from lsu, idk if that’s cause they stopped talking to him, he wanted to go oos or didn’t like how he would be used, maybe didn’t see himself ever getting pt. Who knows but we im not worried about sec teams getting anyone they want going into the future. The nli is going to be what facilities were the last two decades and Once Satan is gone, bama going to go back to being irrelevant

Did he show up?
P 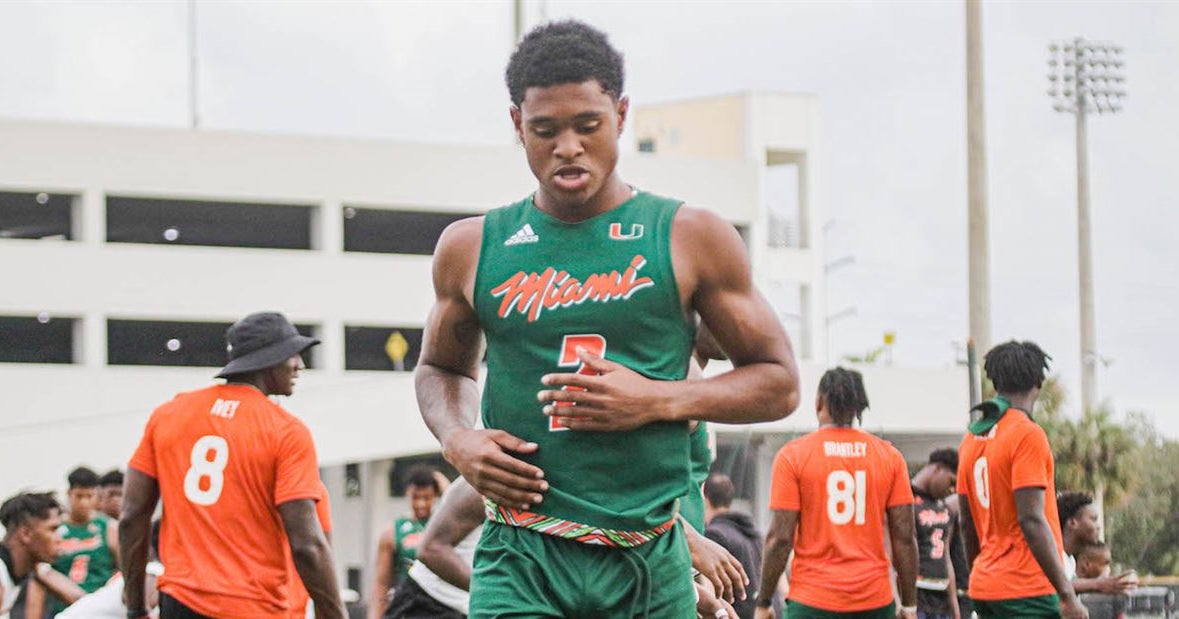 A look at who impressed in front of some NFL stars on Saturday night in Coral Gables.

DL Shone Washington – The former LSU commit was part of a big group from Lousiana that made the drive all the way from New Orleans to compete. He had the best night of the bunch as he was able to generate plenty of push up front and drive offensive linemen back with his powerful legs. Washington isn't the most explosive interior lineman, but he can stuff gaps and make things difficult for quarterbacks. Miami and others continue to evaluate Washington, who will play his senior season at Warren Easton.

Billy D Williams said:
He would be a prize, but like Larry Smith said these LA kids are under a lot of pressure. Since he already de-committed from LSU maybe there is a chance. Sometimes kids see something that amazes them, like Miami.
Click to expand...

Be cool, don’t be culo

Bear Alexander looks bigger through the legs and hips which is where athleticism comes from.

Both kids look massive though
P

Just set up an official visit to UF on the 27th.
P

Soooooooo just so we are clear UGA just a Shone's commitment, giving the Dogs a "Bear" and "Silver Back Gorilla" in the same recruiting 2022 class. That's just crazy!

Paranos said:
Soooooooo just so we are clear UGA just a Shone's commitment, giving the Dogs a "Bear" and "Silver Back Gorilla" in the same recruiting 2022 class. That's just crazy!

Did we even offer?

They aren’t going to skip a beat when it comes to stopping the run. Washington is one of the most brute and physical guys I have seen on tape this cycle. Him along w the Alexander kid is just ...
P

They aren’t going to skip a beat when it comes to stopping the run. Washington is one of the most brute and physical guys I have seen on tape this cycle. Him along w the Alexander kid is just ...
Click to expand...

Facts, even though he is probably gone after next year.