Peter Ariz
Nov 29, 2016
**This is a big one. The nation’s top junior college cornerback Jhavonte Dean, an Alabama commit, told CanesInSight tonight that he will be taking an official visit to Miami. Dean is originally from South Dade High School in Homestead and played optimist football with current Hurricanes Dionte Mullins and Cedrick Wright, as well as 2018 commit D.J. Ivey. The ties here are very strong and sources tell CanesInSight that Miami could be in line for a big move on him. When I get a visit date from him, I will post it.

**Craig Kuligowksi continues to make moves on the West Coast.

I reported earlier that Coach Kool was at Cathedral high school in Los Angeles checking on 4-star USC defensive end commit Hunter Echols. Echols told CanesInSight tonight that Kuligowski and Manny Diaz will go in-home with him tonight and he has his official visit set for January 13th.

The interesting nugget that Echols shared with me is that he will be visiting Miami with his cousin, four-star receiver Jamire Calvin who is also an Army All-American. Calvin is not being recruited by USC, so this could be a big power move being made by the Canes staff.

I asked a Miami source about their pursuit of not only Echols, but other pass rushers – as D.J. Johnson and Jonathan Garvin both appear solid. The response was, “we’re just hunting good players”. In other words, these guys are trying to stack chips.

**Miami’s addition of Corey Gaynor might not be the most exciting commitment for the class, but Canes coaches think they have a gem on their hands. As I posted earlier, he could be Miami’s center of the future – and remember that center prospects do not tend to be rated very highly when it comes to recruiting. Asking around about him locally the last few days, this is a player who could develop into a very nice contributor over the next 2-3 years and might be the guy in line after Tyler Gauthier at center.

**Miami will have three coaches at Southridge-Deerfield Beach on Friday night. Could an offer come to Antwan Collier that night? It’s not out of the question. Defensive coordinator Manny Diaz, safeties coach Ephraim Banda, and receivers coach Ron Dugans will all be there. As I mentioned earlier in a post, Miami has remained in contact with Jerry Jeudy – sources say that family circumstances are giving Jeudy reason to consider staying closer to home as well. Look for him to possibly set an official visit to Miami in the coming weeks.

Mark Richt and Todd Hartley also stopped by Frederica Academy in Georgia to check in on 2019 WR Jashawn Sheffield and 2019 cornerback Jaylin Simpson. I spoke to a coach at the school, who was absolutely blown away that Richt was on campus saying, “Our campus went crazy. We live in UGA country so they are all fans of him. He got to see both boys briefly. He and Hartley walked around campus. Their old player personnel guy works at our school now so they saw him too.”

So Mark Richt’s name still carries weight in Georgia. Hartley and Richt are there to in-home with Deejay Dallas and Zalon’tae Hillery tonight. Tomorrow, Miami will make one of their most important in-home visits when they see Jeremiah Holloman.

It moved
Its happening!!!!!!!!!
God it feels good to have a coach and not a corch running things
I heard Jeudy's young sister passed. Terrible family tragedy, thoughts and prayers with the family.
Despite the not-so-Golden years, it's hard to be a Canes fan and not be ****ing excited about how things are shaping up.
Oh we def up
Hunter Echols: 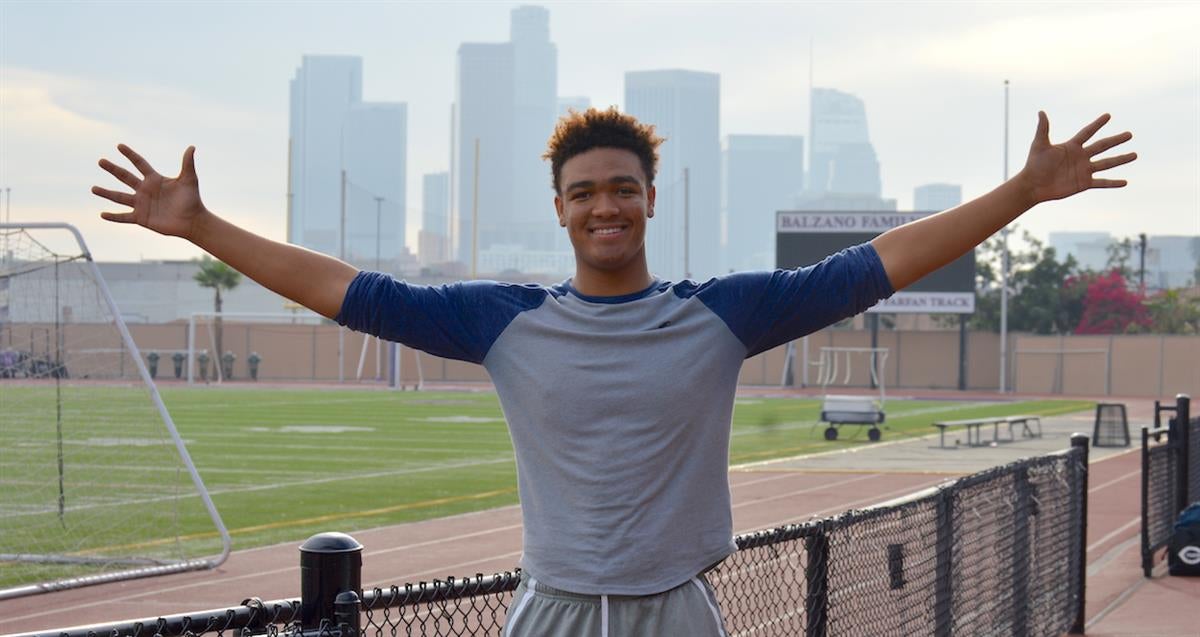 too much sunshine? I like my D-linemen looking like they bout to catch a body.
Advertisement
this was linked below as a "similar thread" ...... https://www.canesinsight.com/thread/canes-recruiting/81155

Go Canes
pete, is it true they are going to not renew some kids and encourage to transfer so they can take a bigger class?

Ah man. Prayers to his family of true. That takes a back seat to crooting in the biggest way. Geeze.
Are either dean or jeudy EEs?
Dean PLZZZZZ
Holy **** I can hardly breath!!!!
Advertisement
Stud JUCO corner, All American wideout, stud DE, possible move with Jeudy, the Heritage duo, Ant Mac, McTitty . . . god that would be a haul. That would be a thing of beauty. ****, if that happened I might let you all go off on one another with no infractions for a day
Just went from 6 to midnight.

nbrunner38 said:
Are either dean or jeudy EEs?
Click to expand...

JUCO EEs are tricky. If Dean was a full qualifier out of HS, theoretically he could enroll early. If he wasn't, I don't think he can. Is there some asterisk there? Maybe! Generally speaking about this EE scenario Im pretty sure I am spot on.
Drop Dingle to nab Jeudy??? Oh im here for that
You must log in or register to reply here.
Share:
Facebook Twitter Reddit WhatsApp Email Share Link