Stefan Adams
Feb 6, 2019
2019 St. Thomas (TX) QB Peyton Matocha became the 15th signee in Surge19 this morning when he inked with the Hurricanes.

The 6-4, 205-pounder is currently a consensus 3-star in the national rankings. According to the 247Composite, Matocha is the #1,543 player nationally, the #34 dual-threat QB in the country, and the #199 player in the Lonestar state.

In early January, Matocha was a little-known QB from Texas that had a hyper-productive senior season at St. Thomas in his first year as a full-time starter, passing for 3,697 yards and 35 TD’s. That performance led to offers coming from smaller schools like Wyoming, UTEP, Tulane, Army, and UMass. Matocha also saw interest from Texas A&M, and even took an official visit to College Station in January, but never received an offer from the Aggies.

Late last month, it was new Miami OC Dan Enos who came calling and really changed his recruitment. Enos has been keeping tabs on Matocha for a while at Bama, but with Taulia Tagovailoa in the fold for the Crimson Tide, he never had the need to take a chance on Matocha. UM was in a much more dire situation at QB both in this cycle and on the roster, so taking an underrated, developmental type prospect that you love makes sense in that context. Matocha was at UM on an official visit in late January and decided he had seen enough: the Texas product committed to the staff in the middle of his trip.

On film, I’d direct you to Roman’s recent article for a full in-depth breakdown, but for the cliffnotes: I love his ability to feel the rush, shift around in the pocket to evade defenders, and find throwing lanes. It’s clear he’s comfortable rolling out and throwing on the move. Matocha steps into his throws with confidence and can unleash a pretty deep ball when he has time. Not a burner, but he has enough juice to make you pay on the ground if you leave him unaccounted for. A lack of zip on throws to the outside could ultimately limit his upside. In the end, Matocha is an intriguing prospect that could excel with the right coaching/system.

Matocha is the first and only QB signee in the class. It’s no secret that Miami’s main priority since Manny Diaz was hired was to land a QB in this class and new OC Dan Enos has turned that into a reality by adding the Texas gunslinger. With Matocha now on board, and OSU transfer Tate Martell joining the Canes two weeks earlier, Enos has now brought on two QB’s as he tries to shape the group his way. Sophomore N’Kosi Perry is the only returnee with real playing experience, but he didn’t exactly blow anybody away with his performance in 2018. Matocha will compete with Perry, Martell, Cade Weldon, Jarren Williams to become the apple of Enos’ eye early on.

Heading into next season at the position, a lot will depend on what happens with Martell’s immediate eligibility waiver. Regardless of how it plays out though, Matocha is a pretty good bet to redshirt and take a mulligan year to adjust to the speed of the college game mentally. However, with a completely new offense and coaching staff, everyone is going to have a clean slate and the QB job is going to be wide open next season, so I wouldn’t put anything out of the realm of possibility. Being more of a developmental prospect, it’s likely the Canes won’t really know what they have in Matocha until his third season on the roster.

View as thread
Could Matocha turn into something special? Enos seems to think that could happen... 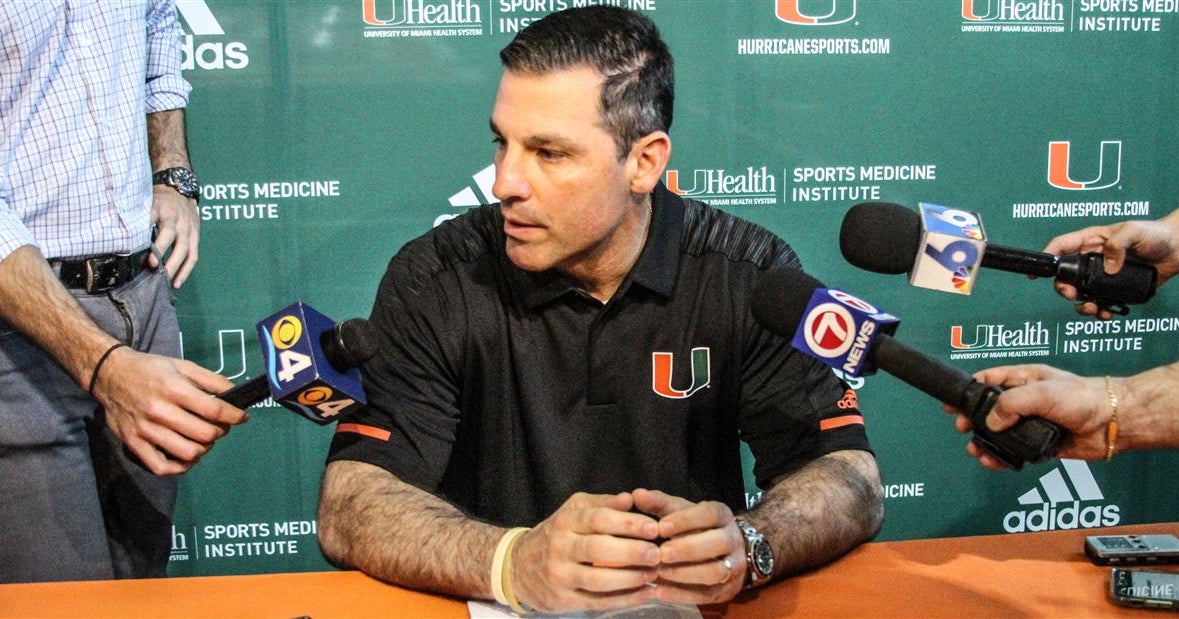 247sports.com
In 1 year as a starter you don't get interest from Enos anf Jimbo unless you have something. Can't wait to see if he's a steal
We weren't going to recruit a QB at all this cycle which I thought was a big mistake. Welcome to the #U
it seems like he has the traits of a possible great starting qb. I wonder why he is only 3 stars - maybe more of a project and thats all.
You must log in or register to reply here.
Share:
Facebook Twitter Reddit WhatsApp Email Share Link