Stefan Adams
Sep 12, 2018
After looking at the tape of his bounce back performance against Savannah State, Miami starting QB Malik Rosier knows he still missed some throws and is working to correct some mechanical things this week.

“One thing we kind of figured out is sometimes when I miss I’m just a little off balance and that’s like the biggest thing,” Rosier said. “I think you saw it, and [quarterbacks] coach Jon [Richt] really harped on the really good ball that I had, was one across the middle to Jeff (Thomas).

“And he was like, ‘just look at your balance, look how your feet are set, and look how your body is in position to throw.’ And he was like, ‘when you are like that, you’re accurate. When you are all off balance, you’re not.’ He said as simple as that. Coach Jon is kind of just telling me it is up to me to fix myself. And if I’m conscious about it and I work on it, then my accuracy is going to go up.”

How does he work on that in practice?

“It’s a little harder in practice because you don’t get that live rush,” Rosier said. “We do the best we can versus our one’s and two’s when we do go 11-on-11. There was a throw today, I hit Evidence [Njoku] on and I had [senior defensive back] Jaquan Johnson running in my face. So those are when you kind of got to take your fundamentals to the game. But, in scout teams sometimes it’s just hard, because sometimes you don’t have that rush in your face. So the couple of times we get it in 11-on-11, is really big.”

The Canes have an “accuracy percentage goal” every week, which Rosier hit with his 8/12 (67%) passing day against Savannah State last week.

“Even since Brad [Kaaya’s] been here, we kind of have a thing that the goal is 65-percent or better,” Rosier said. “Accuracy and completion are two totally different things. So, like, you can throw an accurate ball, receiver drops, but it is still accuracy if it is not a completion.”

In heading up to Toledo to take on the Rockets this week, Rosier compared the game to what the team faced against Appalachian State two years back.

“It’s the same thing as Appalachian State. You know, I’m going in there and before we even got to the stadium, three or four hours before the game, the fans were literally waiting outside, hundreds of people. For us, it’s just going in there and winning, no matter if there’s a hundred fans there, a million fans. To us, it’s just 120 yards and football. So we are trying to go there and do our job, and we can’t let their atmosphere affect how we play.

“I think we did a great job versus Appalachian State. We had that first big run by Mark Walton, and it kind of killed the crowd. And so I feel like if we go out and we execute and we have a couple of good drives, I think the crowd will be taken out of it. And that’s our job, to take the crowd out by putting points on the board. They are going to be amped up because it’s versus Miami and everyone loves playing us.”

View as thread
Balancing what??...His Checkbook?
Honestly I think this is a sort of mental trick. Instead of thinking you suck or are inaccurate because you're excited/nervous, focus on some random thing and you stop overthinking everything else.

Only problem is Rosier sucks regardless.
This neegha could have the balance of the Dalai Lama and will still over throw Shaquille ONeal and under throw Muggsy Bogues!
Balance = accuracy. 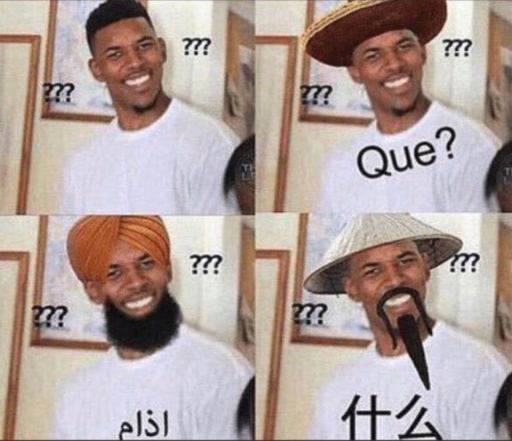 I was at the Appy State game and you would have thought it was a NC game. It was Richards break out game. 2 long receptions from Kayaa that were not accurate. AR82 had to make circus catches on both.
"Accuracy and completion are two totally different things. So, like, you can throw an accurate ball, receiver drops, but it is still accuracy if it is not a completion.”

this is a 5th year starting qb at a major power 5 team with over a year of starting experience
I can't think of another ranked power 5 team with a 5th year qb with as many fundamental flaws as our qb
The throw to JT4 was excellent but it's a throw that anyone fully expects a D1 P5 QB to make.

3 plays before that one he overthrew JT wide open on a 15-yard out that would've been incomplete if not for 4 being a freak.
Bounce back performance? You mean the one where the first 2 drives stalled with him missing receivers & we scored a total of 7 points in the only quarter he played from start to finish - against future D2 Savannah State?

Liberty City El said:
"Accuracy and completion are two totally different things. So, like, you can throw an accurate ball, receiver drops, but it is still accuracy if it is not a completion.”

While he’s throwing inaccurate balls all day that receivers bail him out on. Ok strawberry
Last edited: Sep 12, 2018

Tetragrammaton Cane said:
I also believe that it’s a bad excuse, but Dugans also commented on it. I have to think that they believe Thomas is “running into coverage” (because the backside hasn’t had a chance to clear).
Click to expand...

3rd-43 said:
While he’s throwing in accurate balls all day that receivers bail him out on. Ok strawberry
Click to expand...

I was reading that wondering if it also applies to his interceptions that are thrown directly to defenders?
Advertisement

Tetragrammaton Cane said:
The balance issue is real, it’s obvious he throws off kilter, but the issue is if they have enough time to make the necessary changes. And why they haven’t addressed this previously.

For those of you who have had physical therapy after an injury the concept is proprioception. And basically you can “rewire” your conceptual balance. Exercises from one leg; exercises from balance boards and bosu balls, and doing these exercises blind-folded/eyes closed (That video @Paranos posted yesterday on Whitfield exhibits some of those concepts in the training of his QBs).

How does it affect accuracy? By changing his perception of speed and distance (sometimes drills are done with sound) it may stop him from throwing to where an athlete WAS (behind) or to where he expects (over) instead of to where the athlete actually is (target).

You're right. I think it has a lot to do with his baseball background. As ridiculous as it may sound, throwing a baseball is different than throwing a football. I coached high school ball for years and the baseball quarterbacks always had mechanical issues. Some guys can adjust without issue, some cant. Remember Jake Locker? He had issues. I dont think Malik ever focused on it until it became clear he could be named starter.