“I have not made my mind up at all,” King said. “I’ve seen reports, people mention me on Twitter. I haven’t made my mind up at all. I want to go out and beat North Carolina, focus on Georgia Tech, a bowl game, and after the season, I’ll make my mind up. It’s always been a dream to play in the NFL, but you can’t go wrong playing quarterback at the University of Miami. I wouldn’t mind at all coming back here for another year.”

With #17 UNC up this weekend, King is aware many of the Tar Heels’ games turn into shootouts due to the high-scoring nature of the North Carolina offense led by QB Sam Howell.

“I love it, it’s always a challenge going against a great team that has a great quarterback in Sam,” King said. “Our defense is well-prepared… We’re becoming more balanced (on offense). We want to run the ball well and also throw it good as well. I still think there’s room for improvement, especially for me. Right now, we’re in a good spot.”

King was also asked about what he’s seen from his backups at the QB position and how they’ve developed in Rhett Lashlee’s offense over the year.

“I know Tyler Van Dyke has done really, really well from spring to camp to now,” King said. “You can tell he’s really learning, is taking coaching, he’s super locked in at meetings. Kosi (Perry) is an older guy, is doing well. If I go down, those guys can step right in. Kosi is a really good player, has played a lot of ball here. Those two guys, and then Peyton Matocha is an athletic quarterback, can run. All those guys are really good and all know the offense. Kosi is prepared and ready to play, Tyler is, Peyton is. I feel if I was to leave, it’d be the same offense, same expectations.”

View as thread
TVD has knot done really well: he has done "really, really well". We back.
The soap opera begins. 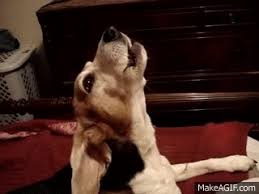