Stefan Adams
Sep 25, 2019
Wednesday’s practice did not go well for the Miami Hurricanes.

In the midst of their bye week, head coach Manny Diaz was not satisfied with the effort being put forth from his team, so he stopped practice and engaged the team in a special drill of his own choosing.

“We were about halfway through and it was not to our standard, so we audibled, set the ball down and just played one-minute drill where the losers had ramifications,” Diaz said. “We just sat there and said, `If we’re going to be nothing else, we’re going to be competitive.’ We started not competitive, which means we still choose when to be competitive, when not to be competitive. And when I say `we’ it’s not every player, not every player on one side of the ball or the other. But there’s too many guys that ruin it for everybody. So I don’t know the last time players have ever seen that, but I think today is a day they’ll remember, think they’ll be telling future recruiting classes about today’s practice.”

After the performance that the Hurricanes’ gave in their narrow escape from Central Michigan this past weekend, it’s clear Diaz wanted to send a message to his team that playing below his standard will not be tolerated.

“Well, when you talk about changing a culture, you don’t just put posters on the wall, `Do this,’ and it just happens,” Diaz said. “It is years in the making, and it’s never easy. Human inertia is to be average and mediocre - it doesn’t just happen where, `I’m going to come here and bring my best every day.’ That is why they call us ‘Coach’, to make sure it happens. And then to build a habit.”

According to Diaz, competitive effort in practice during the week is directly tied to playing time on Saturday’s.

Does Diaz feel Miami has competitive players in his locker room?

The ultimate goal is for the older and more experienced players on the team to take charge and find leadership within themselves to make sure the Miami standard is being upheld in all facets, even when the coaches aren’t around.

“After practice I told them, `Those of you that came here with a competitive spirit today, you could feel it because the players always know,” Diaz said. “I said `My suggestion is for you all to fix it. Because we’re going to fix it as coaches - you’re probably going to like your solution better than you like our solution.’

“The players always know the vibe and the pulse of the locker room. The players have asked for it, said `We want to police ourselves more.’ Well guess what? Here’s your badge.”

In personnel news, senior LB Zach McCloud has elected to sit out the rest of the season and take a redshirt; he will return to the team in 2020 as a redshirt senior. With only 3 games played in 2019 after sitting out for CMU, McCloud still has one game of eligibility left before burning his redshirt per NCAA rules, something that UM will save in case of emergency or for a postseason bowl game.

“Zach - he is so important to us, but he came to us with the idea (last week). He said if he was going to get limited snaps on defense and just play on special teams (he wanted to redshirt),” Diaz said. “We have another game where he can play - it’s a very similar situation to what we did a year ago with BJ Jennings and Corey Gaynor. If something were to happen catastrophically where we would need him for the longterm, he’ll be ready to go for the team. If not, just a one game situation where he needs to finish a game he can play, we have that game to play with. Otherwise, it would be amazing if we could save him for the bowl, let him play in the bowl, and then let him go next season.”

In retrospect, was it a mistake to play McCloud against a team like Bethune-Cookman and burn one of his allowable games with this plan now in place?

“It really comes down to the young man’s wishes. We weren’t going to force him to do something he didn’t want to do,” Diaz said. “(Last week was) when it presented itself to us. And you have to get a couple of games in to figure out what the rotation is going to be and where it all fits in. Like most problems, they occur when they occur and can only be solved when they need to be solved.”

DT Nesta Silvera is close to returning to full strength from foot surgery in early August and has been doing sprints at practice.

“He looks really good, has been running around,” Diaz said. “It'll be a good shot in the arm to our defense to have him back."

For UM’s incoming 2020 class, Diaz expects the bulk of it to be signed in December with multiple early enrollees coming in for spring.

“This class for whatever reason has a lot of guys that can midyear enroll,” Diaz said. “We’re only playing with 76 scholarship players right now, need some fresh reinforcements quickly.”

View as thread
BRUH WTF IS GOING ON IN CORAL GABLES
So we have guys going half *** even after that embarrassment last Saturday?
Lol
Still think it's 100% the coaching staff?. Richt had a country club mentality around the program and a lot of these kids just haven't bought in to the idea that you actually have to show up to practice and work.

Culture change needed, and players who **** around need to know WHY they are at Miami.....
Coaches need to be hard ***, and then slowly ease up on the reins........
Everything has a price....and they have to find out, who is willing to pay with effort to accomplish anything this season.
This isnt all coaching staff these guys are ******* cancerous and Im done giving them free passes. Its disgraceful to have hoe as kids acting like this at a school where so many literal legends that have done so much to impact the game have attended. Embarrassing.

I am asking the same thing. WOW! You almost and should have gotten beat by a bunch of bull &*(* and you are half as**ng it?
Advertisement
The Disease.

When I was in the Marine Corps, if we had Marines sand-bagging and not pulling their weight, we didn't let the higher ups deal with it. We took care of business in-house. It's time some of these Jersey's with the "C" on it take the dead weight around back of the IPF and "have an understanding". Where are the leaders?
Start taking playing time away from guys it’s that simple
The whole offensive side of the ball is full of divas that would rather look good on ig than play hard. Tired of it.

AustinCane6688 said:
Still think it's 100% the coaching staff?. Richt had a country club mentality around the program and a lot of these kids just haven't bought in to the idea that you actually have to show up to practice and work.
Click to expand...

Whose job is it to get them to buy in?

AustinCane6688 said:
Still think it's 100% the coaching staff?. Richt had a country club mentality around the program and a lot of these kids just haven't bought in to the idea that you actually have to show up to practice and work.
Click to expand...

Got some pretty shocking news for you. Manny Diaz was here the whole **** time Richt was.
I'm all for pulling scholarships and playing younger guys and walk-ons at this point
Advertisement

ThomasM said:
So, if HE stops the practice for lack of effort, doesn't that mean HE is not giving effort?
Click to expand... 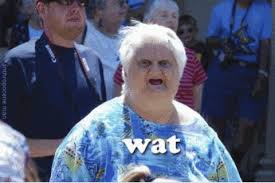 Was just about to say this man.

I remember when Adam Gase got off to a rocky start, and he cut some veteran OL. The team saw he wasn't playing and shaped up (of course his own stubborness cost him his job eventually, but that's besides the point).

Guys need to start having their schollie's pulled if necessary.