Canes Convos: Johnson ready to hit someone else, Willis reflects on playing his hometown team

Canes Convos: Johnson ready to hit someone else, Willis reflects on playing his hometown team

Stefan Adams
Aug 30, 2018
On Sunday, the Miami Hurricanes will finally be able to hit something other than orange and green, and that’s a moment Jaquan Johnson has been waiting for for a long time.

“Guys are ready to go out and hit someone with a different color (jersey),” Johnson said. “I’ve been thinking about LSU every day, the entire team has. And we’re looking forward to it.

“You just got back to your habits and all the training that you did in the offseason. [Make sure] that you go in with confidence and know that you’re ready and that the coaches are putting you in a position to do well. So, that’s how we’re approaching it every day. We’re not thinking about how big the game is or all the hype around it. We’re just thinking about doing our job, focusing on the little details and [knowing] that will take care of everything else.”

What can LSU bring to the table that he is concerned about?

“I’m not concerned at all,” he said. “I’m looking forward to the challenge of going up against a tough SEC opponent, know it’s going to be competitive. Those guys are athletic. The first game of the season, everyone is going to be hyped and ready to go.”

The Canes have been favorites to win this matchup all off-season, with the line currently at -3.5. Even though many in the national media have been picking the Canes to win, the way Johnson tells it, UM is treating this game as if they’re the underdog.

“I haven’t heard anything about that at all, am not into the media,” Johnson said. “The guys in the locker room are not underestimating them. We think they think they’re going to come in and just bully us around and run the ball and catch deep balls, do whatever they want to us basically just because they’re an SEC opponent. We’re coming in with a chip on our shoulder that we’re the underdog, and we’re looking forward to it.”

The game will take place at AT&T Stadium, with gets a lot of hype as one of the most state of the art facilities in the world. But, to Johnson, it’s essentially just another football field.

“Well, it’s going to be a great experience for a lot of the guys, me as well, going up to ‘Jerry World,’ just to see how the stadium looks and whatnot. But, when it comes down to it, it’s a football field, and we’re just looking forward to putting it down and playing four quarters.”


**When he takes the field on Sunday, senior defensive tackle Gerald Willis will play in his first game since 2016. As if he needed any other motivation, Willis is from New Orleans and his opponent is his hometown LSU Tigers.

“It was a lot of motivation. Just the picture of it, coming out playing LSU,” Willis said. “I’ll have my whole side of the family coming out supporting me. [Back] when I was getting recruited, LSU was one of my top picks. This is my hometown. So, I’m just ready to showcase my talent.”

Willis watched a lot of LSU growing up, and their identity as a run-first squad has carried throughout generations: the Tigers have run the ball more than they’ve passed every year except one since 1950. Despite LSU’s claim to have changed to a more spread oriented offense, Willis believes their ground game will still be the foundation of the team.

“Well, I told the defense, it’s a run team,” Willis said. “They play with a lot of attitude running the ball down the middle. So, like I told the D-Line, we’ve got to come off the ball, get them guys knocked in the backfield and just be ready to defend the run.”

Previously, Willis wore #91, but after the departure of Chad Thomas, Willis scooped up the #9 for his senior season to represent his journey to becoming a leader.

What does “the U” mean to him?

“The U means greatness. A lot of great players came here throughout these times. I’m looking forward to being one of them guys.”


**Linebacker Michael Pinckney is going into his third straight year starting alongside fellow ‘backers Shaq Quarterman and Zach McCloud. The three came into the program at the beginning of Mark Richt’s rebuild and they hope to lead the effort to finish what they started.

“We talk about just being great leaders,” Pinckney said on the trio. “It’s time for us to step up and be the leaders we can be and that we are trying to be. I talk to them on a daily basis. We communicate and that’s a thing that helps me push through, just talking to those guys. I appreciate their support and we’re just trying to be better than the last day and keep striving to be the best linebackers that we can be.”

Although the defense lost some pieces from last season’s unit, Pinckney sees the overall performance staying the same.

“We’ve got more experience,” Pinckney said. “We lost some guys, but the guys that are left like Gerald Willis – he’s a vet. Pat Bethel, he’s a vet that has gotten a lot of game reps. I think secondary and linebacker-wise, we’ve got some of the best secondary and linebackers, in my opinion, in the country and in the conference. I feel like those guys before set a standard for us, just leading us to this moment and I feel like we are going to do it right.”

View as thread
You love to see it. Thanks @Stefan Adams
Good stuff Stefan. Sunday can't get here fast enough.
Willis has come a long way from that guy who challenged Khari Clark to a fight on social media when they were incoming UF recruits when all Clark was trying to do was be friendly and the guy who cheap shoted Winston on the sidelines.

Glad to see he has matured and understands we need him to be a War Daddy at DT this year so no BSing around with off the field crap.
Bad Gerald has been bottled up for a couple years now. I’m gonna steal his car before the game a spray paint tiger stripes all over it. I’d like to see him reach such a fever pitch that his left eye starts wandering like Tiny Lister.

The Franchise said:
Bad Gerald has been bottled up for a couple years now. I’m gonna steal his car before the game a spray paint tiger stripes all over it. I’d like to see him reach such a fever pitch that his left eye starts wandering like Tiny Lister.
Click to expand...

He's gonna come out fuggin like a serial rapist on a 3 day pass.
I just have this feeling about this year! Its going to be special. We have went through so much the foundation is being set! Richt knew he could win big here they have done a excellent job the past couple of years we have finally got some elite talent an depth. Every Saturday anything can happen but i think there is no team should stand a chance except Clemson an i think this year they have been there an are ready! I didnt think we were gonna do what we did last year. Those last 3 games were heart breaking! I dont think thats happening again!!!! These boys aint havin it! U can tell how confident our coaches are conpared to these last couple years lol we comin!
CAN'T WAIT!!!!!!!!!!!!!!
I hope those spastic LSU fans have infected their team , and those idiots truly believe they're going to walk over Willis, Garvin, Jacks and Bethel. Glad our guys see the disrespect and are motivated by it.

The Franchise said:
Bad Gerald has been bottled up for a couple years now. I’m gonna steal his car before the game a spray paint tiger stripes all over it. I’d like to see him reach such a fever pitch that his left eye starts wandering like Tiny Lister.
Click to expand... 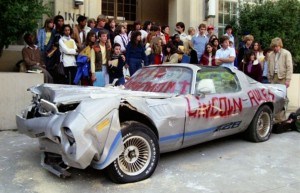