Matthew_Suero
Nov 19, 2019
Miami’s recruiting board for the class of 2021 has been expanding recently. One of the players who received an offer from Miami in the past week was 4-star CB Darian Chestnut from Camden, New Jersey.

“It was amazing, especially from a big school like Miami. It’s a blessing.”

Chestnut does not know much about Miami, but he is looking to learn more.

“I don’t really know much. That’s why it’s important for me to go down there for a visit. Most likely in the spring.”

Of the little that Chestnut does know about Miami, most of that knowledge has come from his teammate and Miami LB commit, Tirek Austin-Cave.

“He told me It’s an amazing atmosphere. The love he gets from Miami stands out from other schools. He said that’s one of the reasons he committed there. He said I won’t know how great it is until I go see myself.”

Chestnut gave us his take on the future Miami Hurricane linebacker.

“He’s a great player,” Chestnut said of Austin-Cave. “One of the best teammates you ask for. He’s for the team, he’s so humble, and is a great leader. On the field it’s amazing - his energy in the game helps everybody on the field. He’s been like a big brother since we been playing together.” Chestnut continued, “I can definitely see us playing together. Miami is a great place for us. I’m high on Tirek so if he says it’s the right place, I believe him.”

When it comes to choosing a school, Chestnut is looking for somewhere that he can play early. As for Miami, Chestnut has seen an up and down team this year.

“Yes, I have seen a few games. Their season has been going ok. Probably not as expected, but they’ve been ok. Their defense has been good. I like how they use their DB’s.”

View as thread
Was there a shooting at the Camden playoff game this week? I saw it briefly on twtitter but didn't have time to really click and look into it? Hope everyone, especially the kids are ok?
New York kids love Miami. Need to build off that pipeline.

Not close to New York at all.

CF3 said:
Not close to New York at all.
Click to expand...

Not quite. Camden is in south Jersey; little to no similarities to or influence from New York.

CF3 said:
Not quite. Camden is in south Jersey; little to no similarities to or influence from New York.
Click to expand...

On that sir, we can agree!

skeeter said:
Was there a shooting at the Camden playoff game this week? I saw it briefly on twtitter but didn't have time to really click and look into it? Hope everyone, especially the kids are ok?
Click to expand...

The shooting was on the opposing side. Last time I heard 2 people got shot but that was a while ago

lf26soda said:
The shooting was on the opposing side. Last time I heard 2 people got shot but that was a while ago
Click to expand...

If last week was awhile ago.

NY, Jersey, Georgia, and Cali kids seem to like UM quite a bit. Stay in those states in addition to Florida and we should be ok. 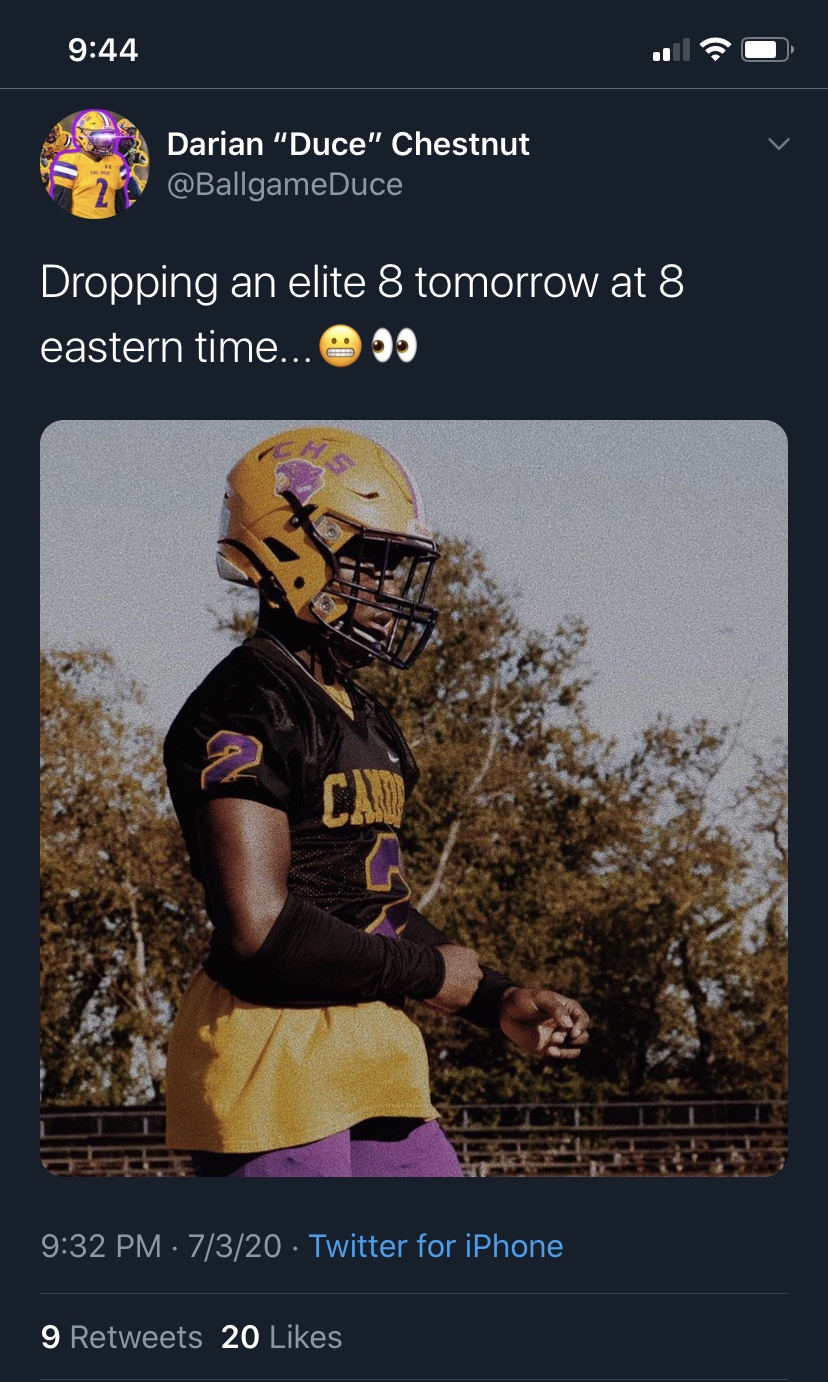 I like this kid. i THINK WE SHOULD MAKE HIS TOP 8
Ohhh damn UM about to get "D" Nuts.

PODCAST: What’s next after Texas A&M and Middle Tennessee preview

The Calm After The Storm