For former Hurricanes cornerback DeMarcus Van Dyke, the opportunity to coach at his alma mater is the stuff of dreams. He says he's ready to give Miami his best, both on the field and on the recruiting trail. 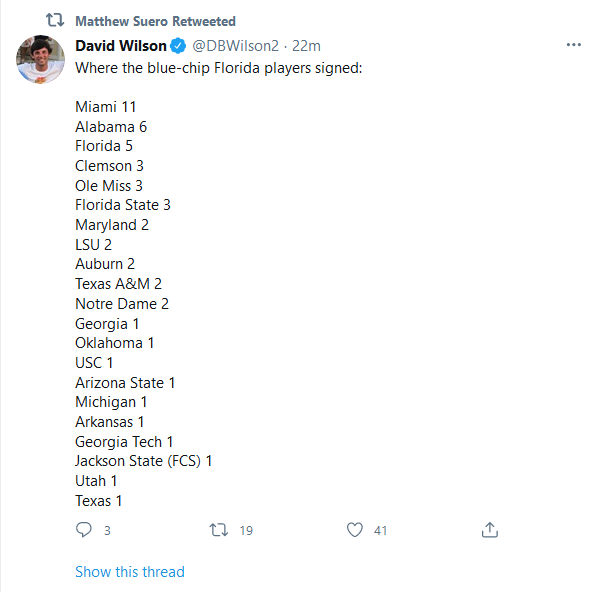 Midlo Cane Fan said:
These boys gonna be DOGS getting this team ready for Bama!

The boys infatuated with the sec must be giddy... 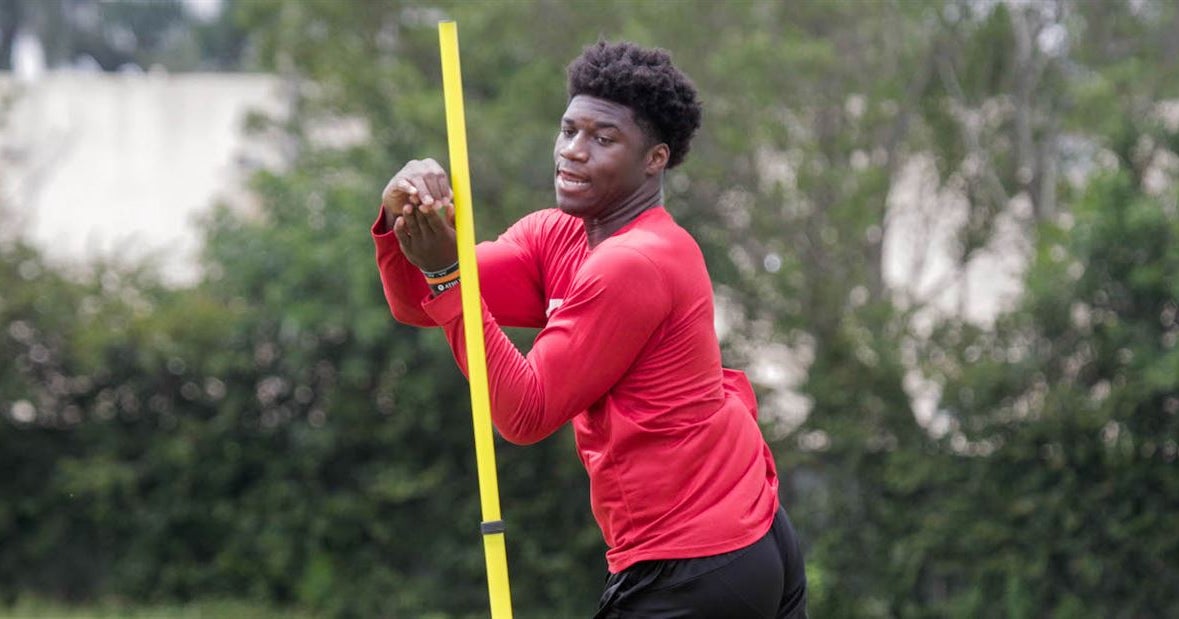 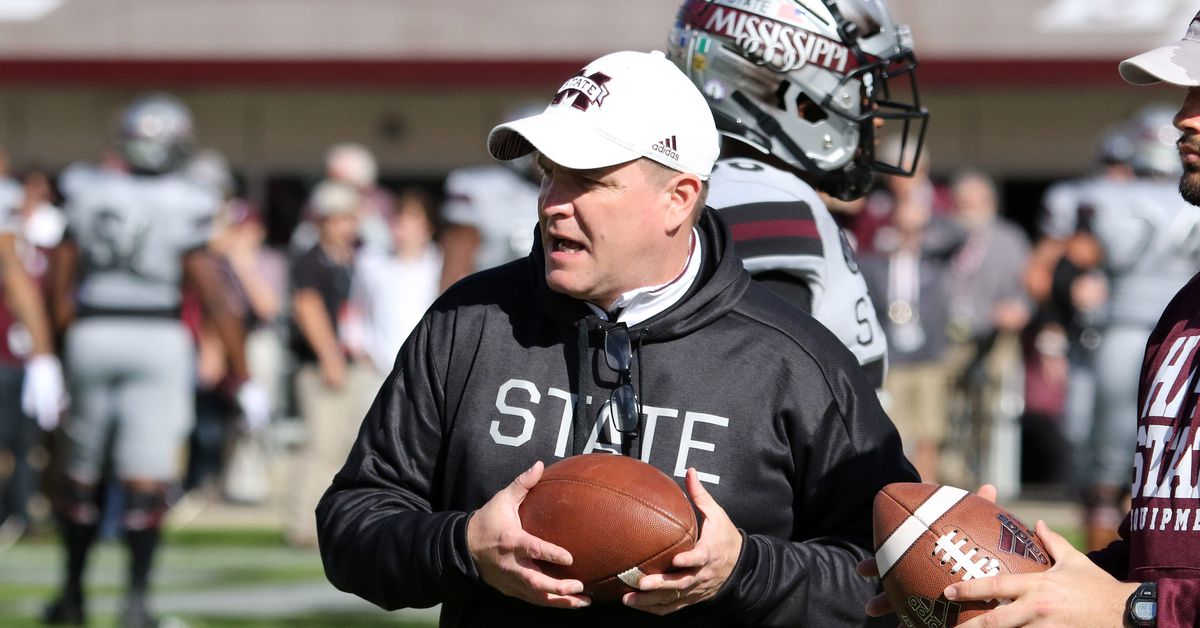 The hiring of Bob Shoop, and the advantage of having an analyst in college football

A hire that will come in handy throughout the year, Manny Diaz did a great job bringing Bob Shoop to Miami. 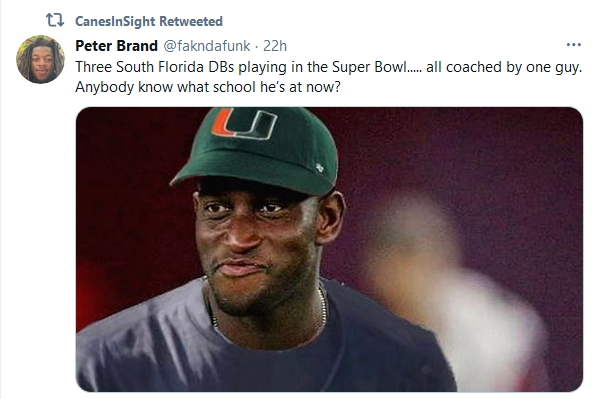 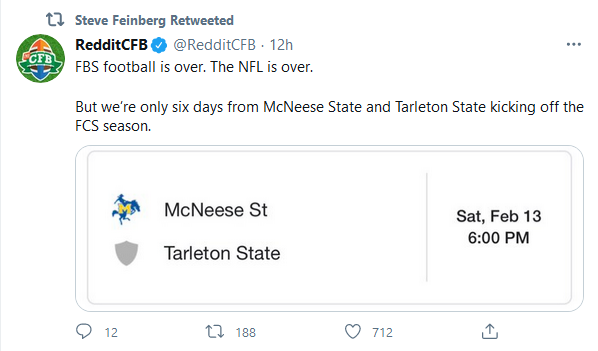 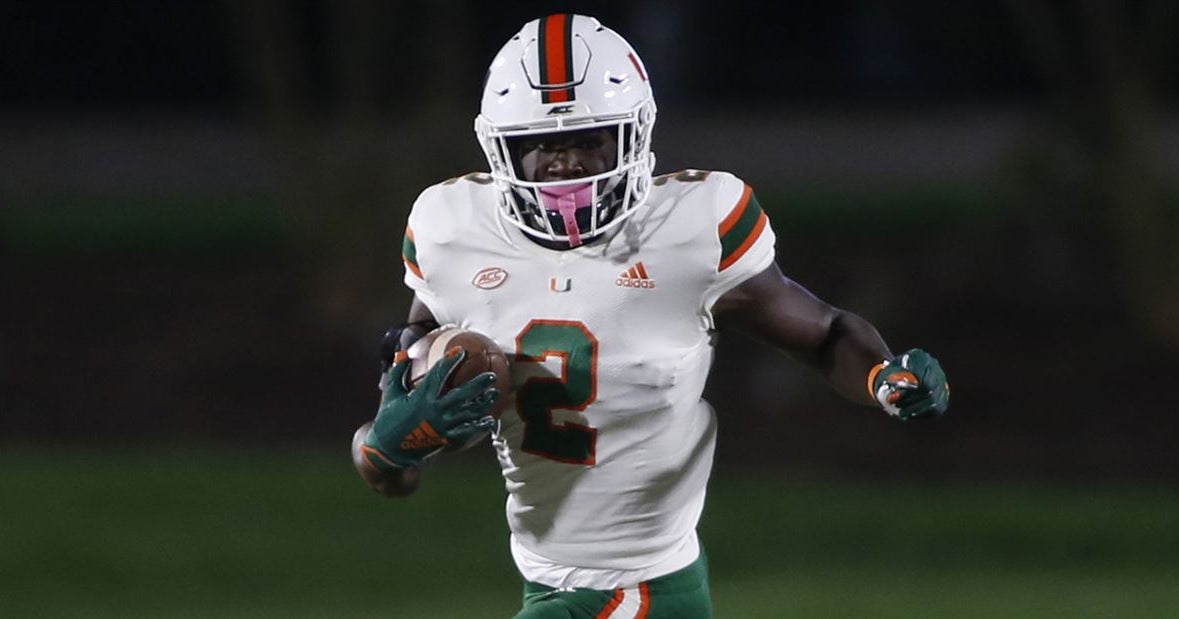 Projecting Miami's depth chart at the end of spring football

Spring football is right around the corner. On March 13th, in about five weeks, the Miami Hurricanes will take the field for their 15 offseason practices.

At least they got this right:

A six-pack of Miami Hurricanes notes on a Monday:

But Diaz will have an important and unusual luxury this season: a seven-time defensive coordinator who will be assisting in defensive game-planning.

In hiring 56-year-old Bob Shoop as a defensive analyst, Diaz added a respected coaching mind who has worked as defensive coordinator at alma mater Yale, Villanova, William & Mary, Vanderbilt, Penn State, Tennessee and Mississippi State. He also has been a head coach, going 7-23 at Columbia from 2003 to 2005.

Twice in his career, Shoop has been one of five finalists for the Broyles Award, given to the nation’s top assistant coach.

He worked with Michigan’s safeties last season before parting ways with coach Jim Harbaugh during the season.

Diaz explained Shoop’s role this way: “Bob and I have been really good friends going back to when I was at Middle Tennessee and Bob was at William & Mary. We found out very early on that philosophically we’re aligned a lot the same way in terms of how we like to attack up front and coverage concepts.

“We’ve always stayed in great contact. We always had a goal to one day be able to work with each other. We had an opportunity presented to bring him on our staff this year. Bob is going to help us from being able to look at us from that 30,000-foot viewpoint, another set of eyes in terms of what we’re doing, maybe seeing us through self scouting, seeing us the way others see us week in, week out.”

What’s more, Diaz said: “Bob will be able work a week ahead of us, can be game-planning somebody a week ahead, so when we sit down on a Sunday night or Monday morning in front of a new opponent, instead of having to learn everything in real time, Bob can fill in a lot of the blanks, which puts you so far ahead on any given week.”

▪ UM defensive line coach Jess Simpson and Diaz agree that the Canes want to look for very specific skills in defensive line recruits moving forward. If you’re a huge defensive tackle but also slow and lumbering and not especially athletic, this probably is not the place for you.

“I’m looking for athletes,” Simpson said. “We are looking for guys that can run out of their stance, play with great fundamentals. We want to tackle in the backfield and attack the quarterback. We want athletic three techniques [defensive tackles with] length [and] speed on the edges. It’s about being disruptive. When I was here we were No. 1 in TFL’s [tackles for loss]. That speaks to the style of play up front. We are vertical penetrators.”

▪ Rivals national recruiting coordinator Mike Farrell asked Diaz what he can say to lure top recruits from South Florida against teams that are consistently competing for national championships.

Diaz pointed out that “there are only so many schools where you can build that type of monster or dynasty. Based on historical evidence, Miami is one of those programs. If you want to be a part of building something and creating a legacy of enjoying the process of piecing it together [then come to Miami]. And we get to live in a very special place.”

In battles against Alabama and other powerhouses, Diaz believes it should help Miami that “there’s more great players than one program can take.”

He said this, too, should help: “So many of our players came back [to school in 2021]. People are choosing Miami.”

What about UM’s facilities, which are vastly improved?

“Miami had been behind and for a while, that didn’t matter,” Diaz said. “Kids weren’t seeing the rest of the world. We can’t rely on it’s a beautiful day and it’s going to be 70 degrees in January or February outside our window. We need to show the commitment, which is what we have been able to do with our facility upgrades.”

▪ If UM wants to add another transfer this offseason, it will cost the Canes a valuable 2022 four-year scholarship.

“It’s going to be fascinating to see the next few years as the portal becomes more of a thing,” Diaz told Farrell. “You may have unintended holes on your roster where you don’t have an older guy to set the tone. [But] we want to be a developmental program. We want to recruit high school players primarily.”

“Within the front seven, three-star [defensive tackle] Allan Haye possesses quickness and power, ESPN 300 [defensive end] Jabari Ishmael will bring edge-rush ability from down the road at [Miami] Columbus High, and four-star [striker] Chase Smith, out of Palm Bay, has a coach’s dream frame to develop.”

▪ UM’s best teams redshirted many of their freshmen and the Canes would like to have enough veteran talent and depth — with players not turning pro early — for that to become more of an option in the coming years.

Of his linebacker unit, Williams said he wants opposing teams to say “Oh, crap, look how hard they play, how physical they play.” He said “You’ve got to wake up with your piss on fire” to play linebacker successfully at UM.
Last edited: Feb 8, 2021

The Irish under Lou Holtz were a team I loved to hate. 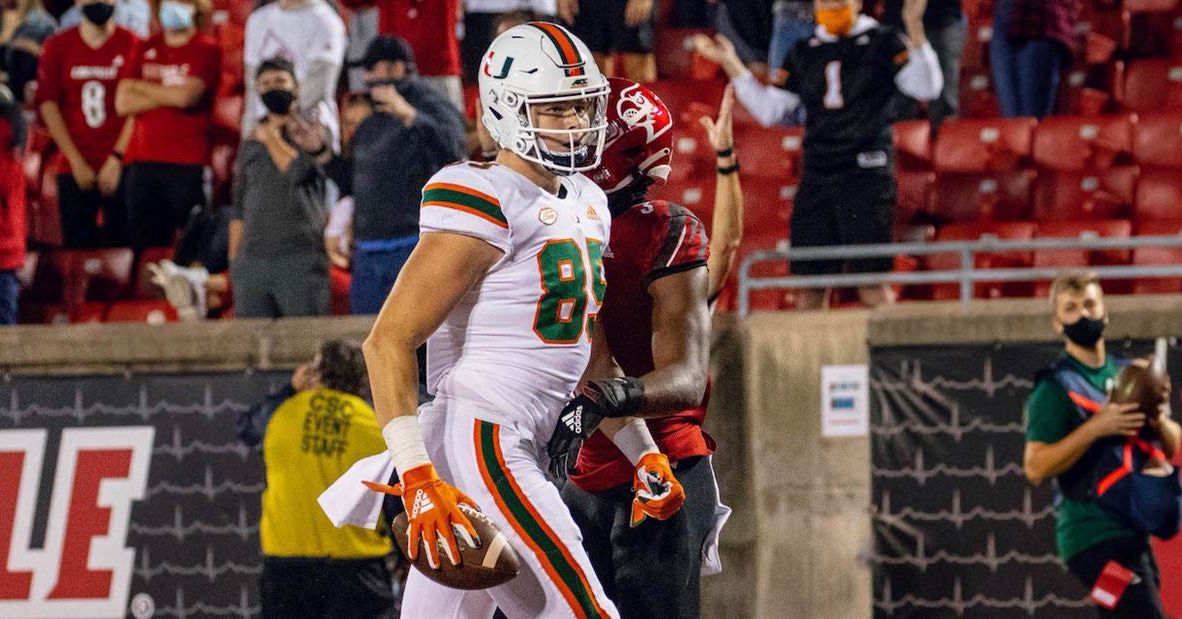 Miami Needs To Use The Tight Ends More In 2021 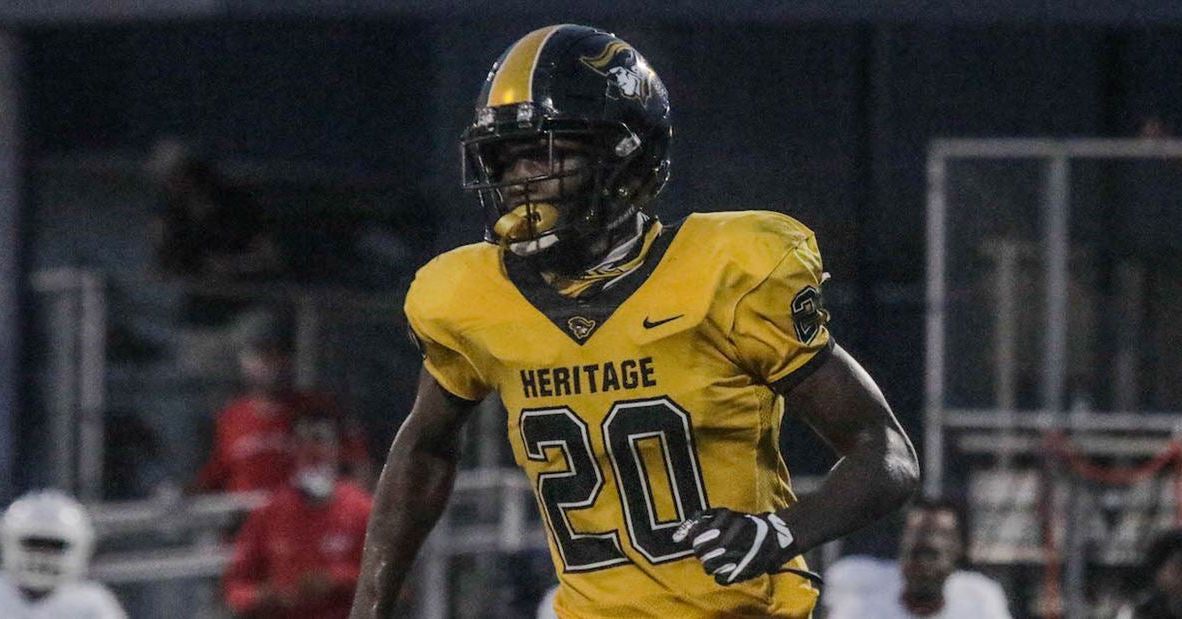 2021 Recruits Who Can Contribute Early For Miami

Which first year Canes can have an immediate impact in 2021? 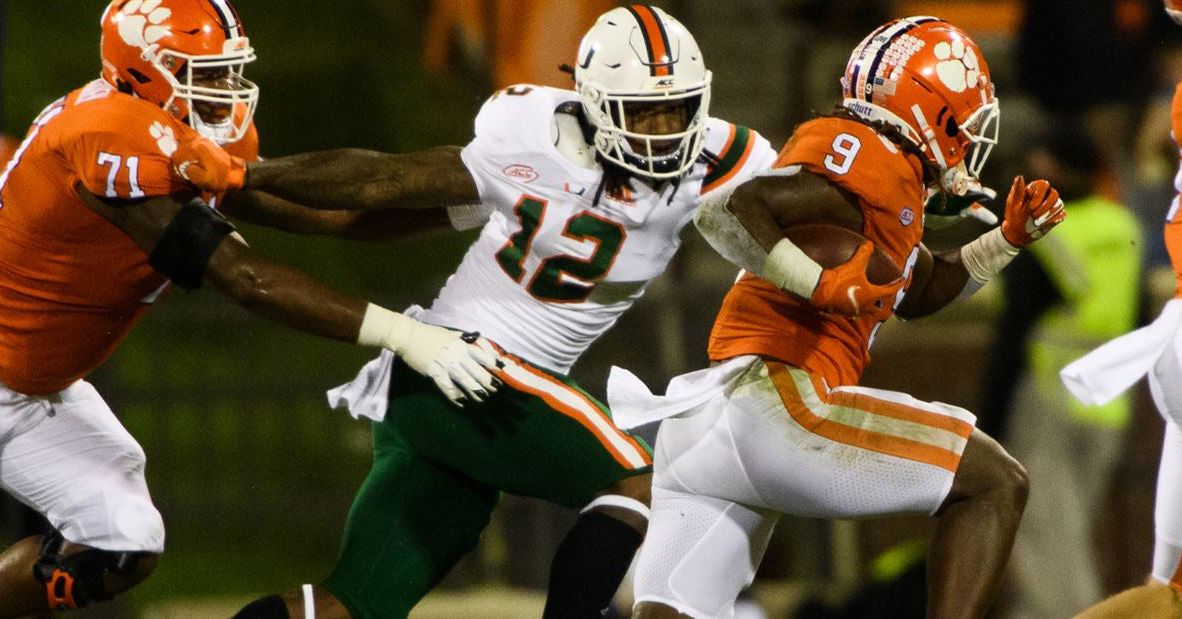 Is Jahfari Harvey Ready To Take The Next Step At Defensive End?

With Jaelan Phillips and Quincy Roche gone, it’s time for Jahfari Harvey to step up at defensive end.

2021 Recruits Who Can Contribute Early For Miami

Which first year Canes can have an immediate impact in 2021?