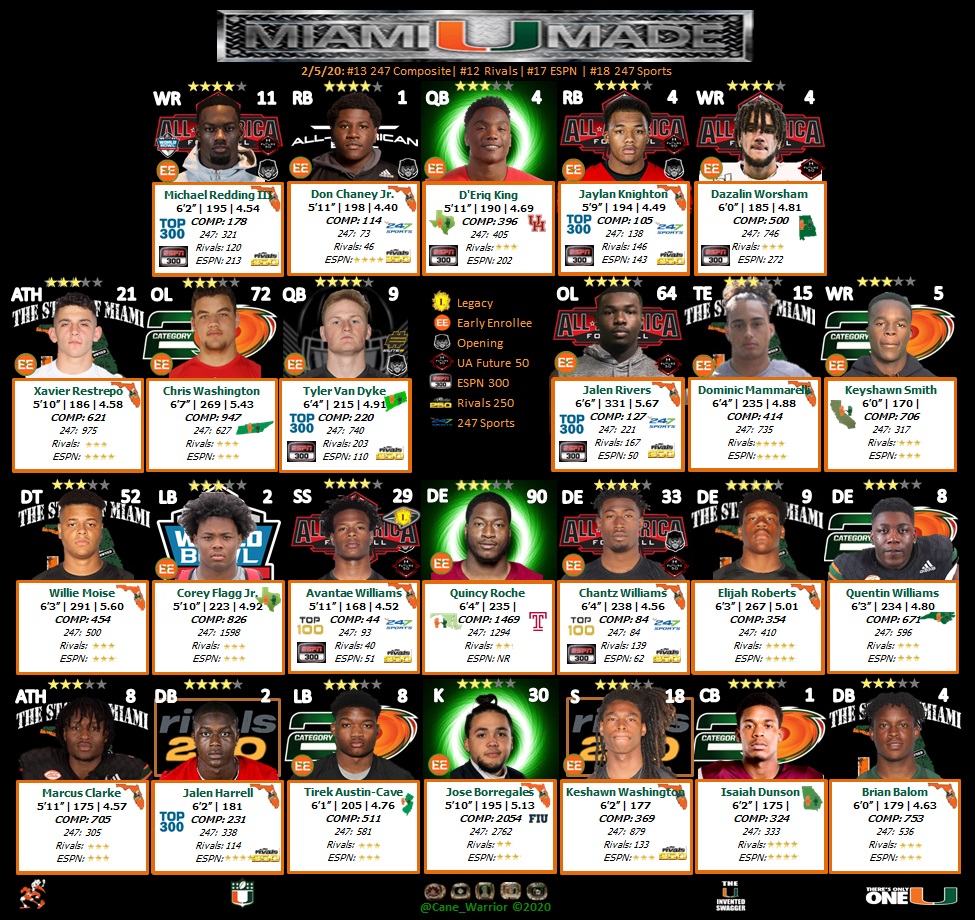 Everything you need to know about the Class of 2020! All updates and news regarding class of 2020. 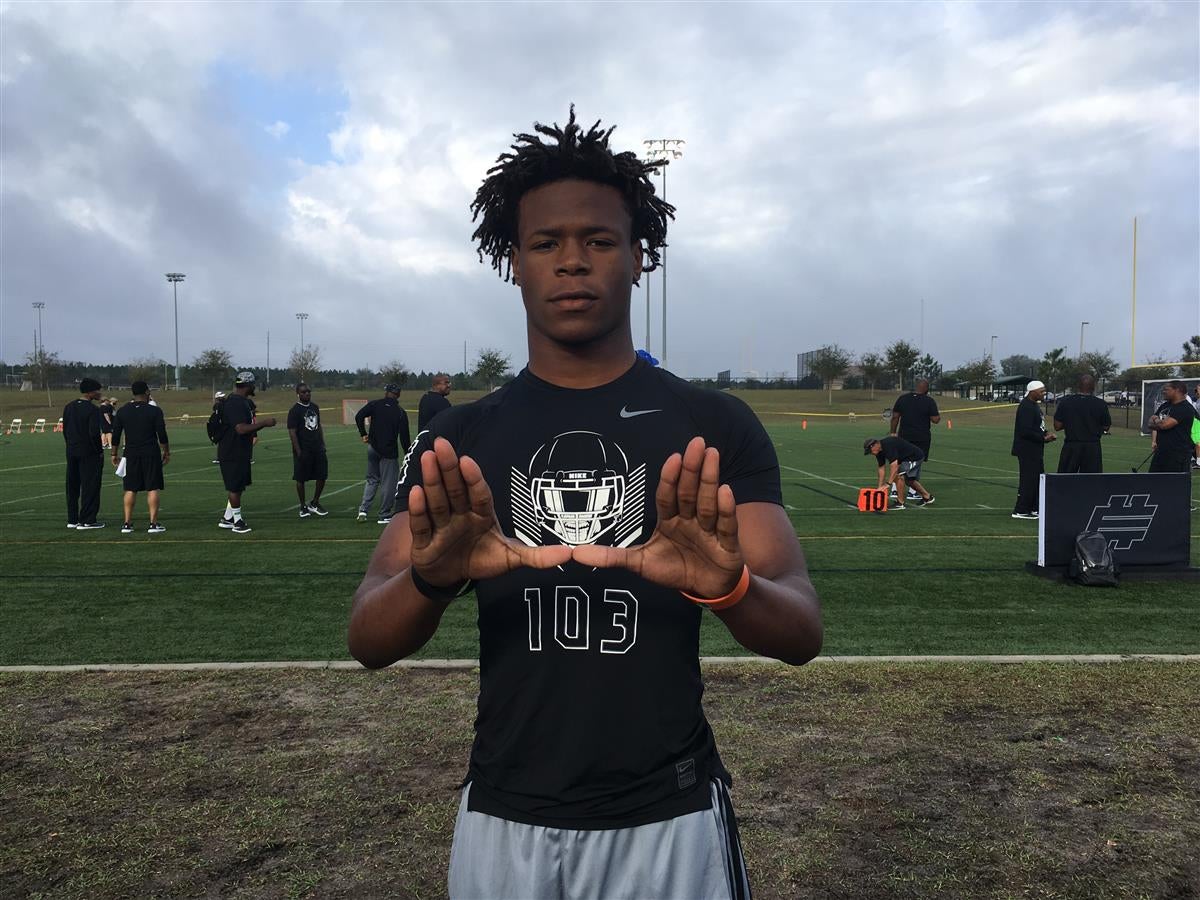 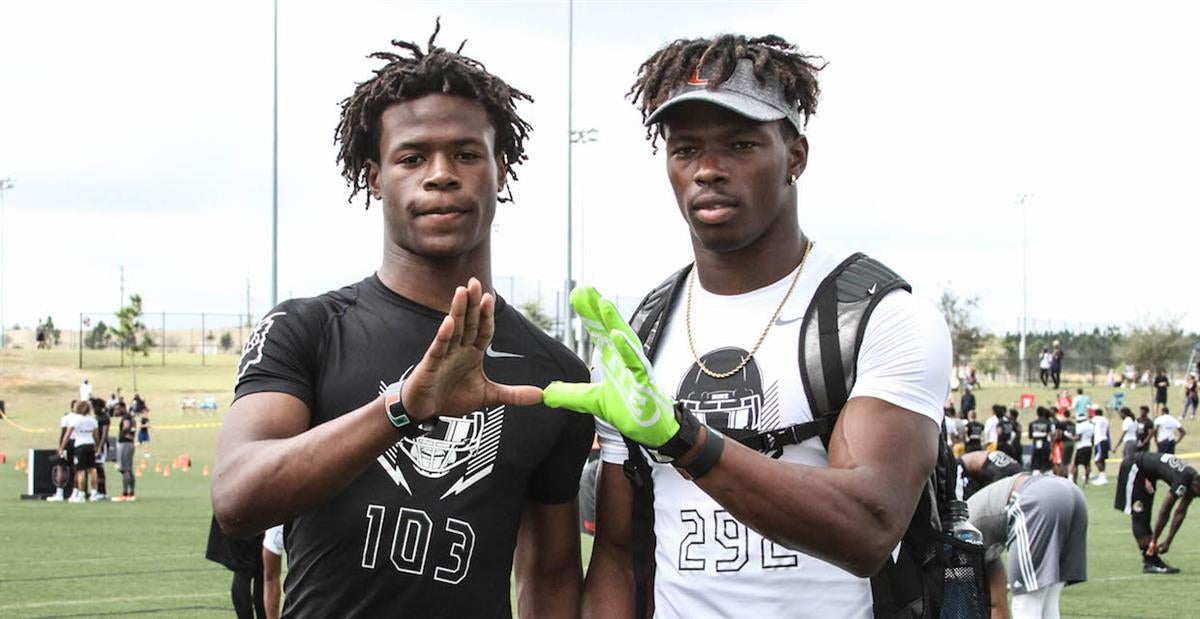 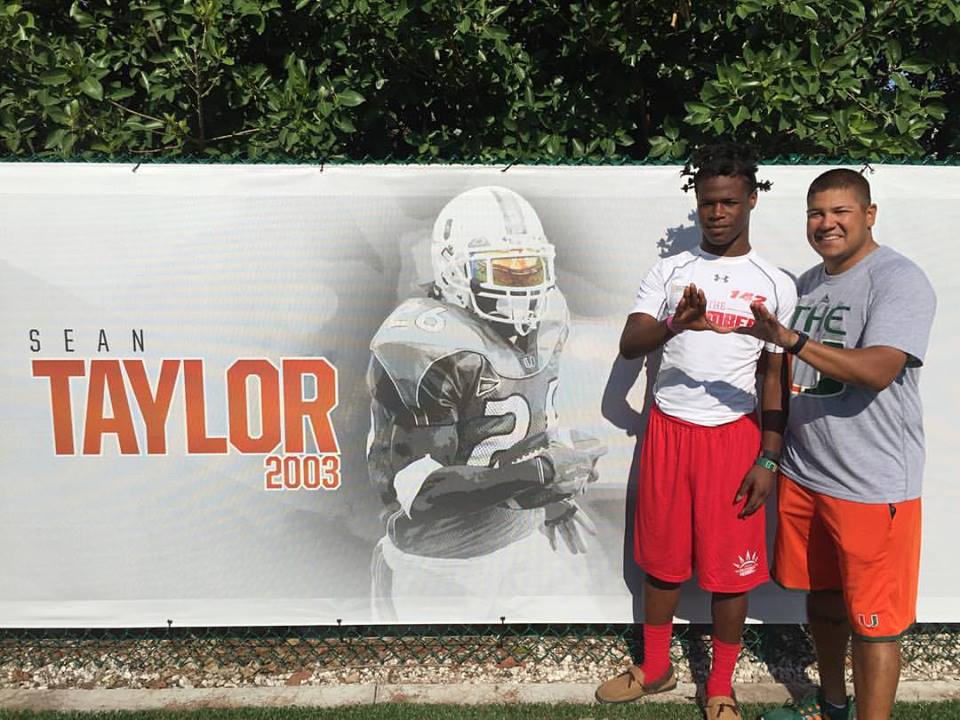 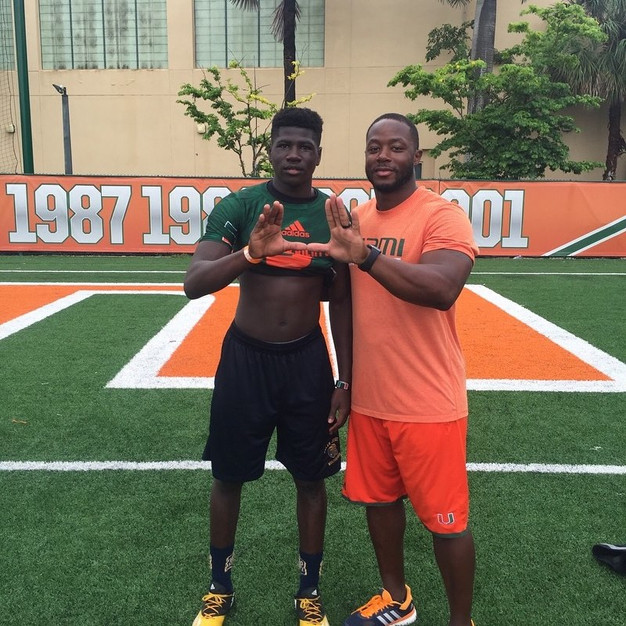 The bar keeps getting set higher for Don Chaney Jr.

And despite only being a freshman, he continues to clear it with ease.

Chaney jumped a height of 6-feet, 8-inches on Friday night at IMG Academy to win his first state track and field title in the Class 3A high jump.

But it’s Chaney’s quick rise in both track and field and on the football field that have been the most impressive since he’s only a freshman.

"My coach is always telling me you have an opportunity whether you are a freshman or not," Chaney said. "My dad always tells me just play the ball game and focus on what you have to do to stay on top."

Chaney’s coach and dad are one in the same.

His father, Don Chaney Sr., an assistant coach at Belen, looked on proudly as his son became one of three Dade or Broward boys’ athletes to win state titles on Friday on the first day of the state championships.

Chaney led Belen Jesuit to a district football championship this past fall.

He starred at six positions, returning punts and kicks, playing safety and corner on defense as well as running back and wide receiver on offense.

Chaney already has a handful of FBS scholarship offers including ones from the University of Miami, FAU and South Carolina.

“My dad and my mom, my entire family have helped me achieve this,” Chaney said. "I’m just blessed to have them.”
Last edited: Nov 6, 2017 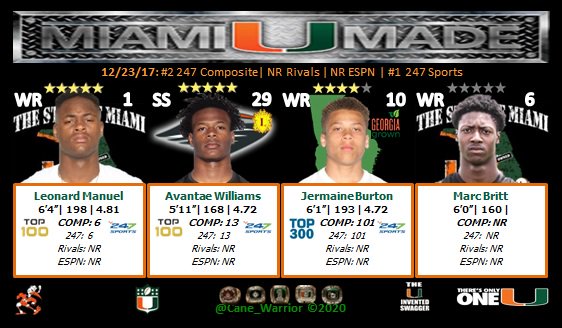 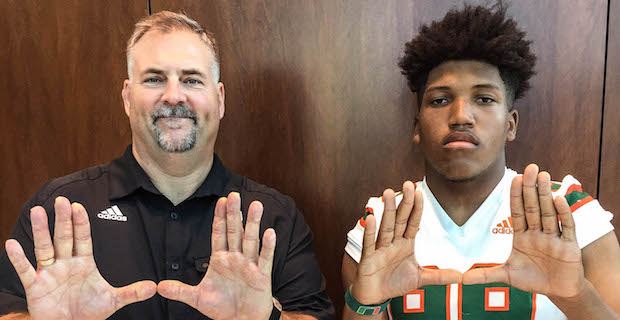 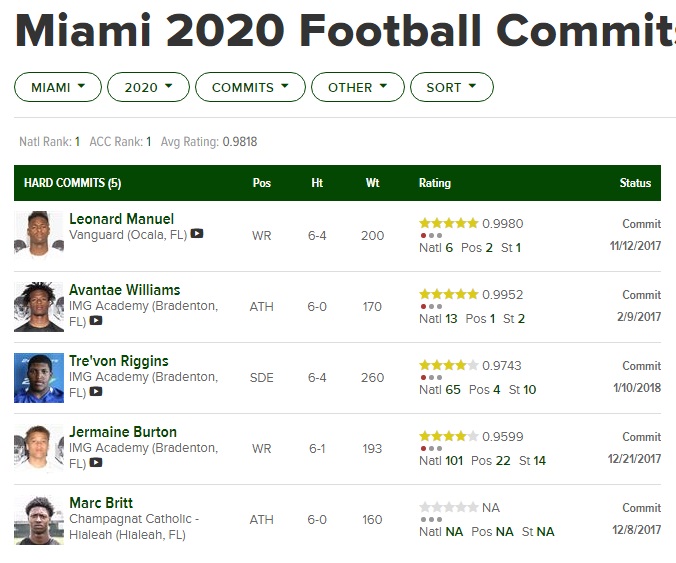 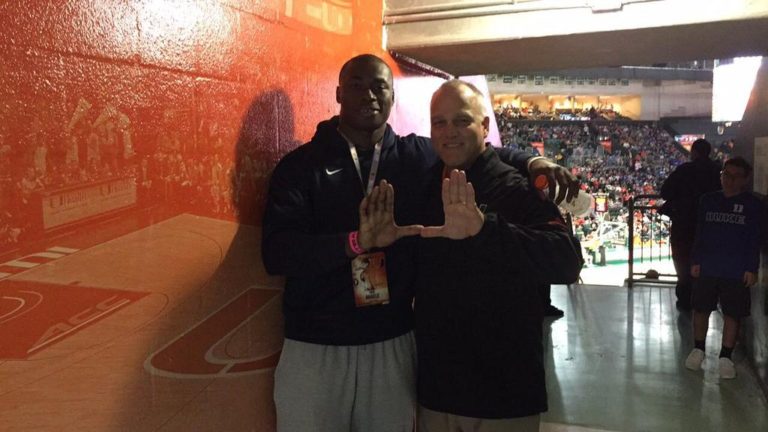 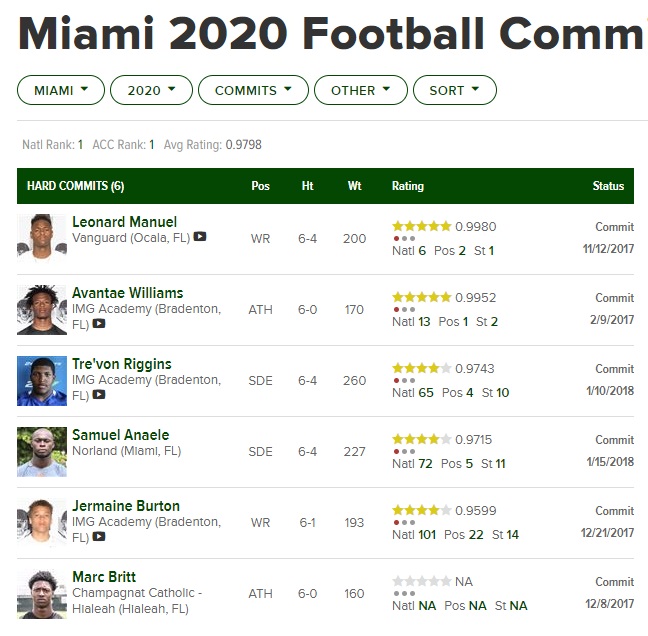 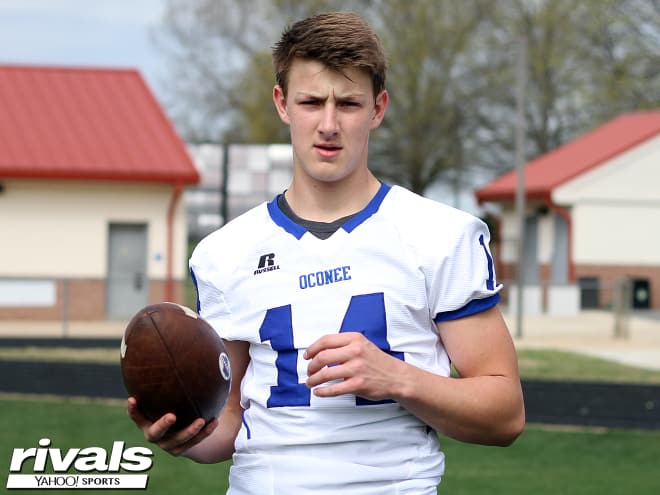 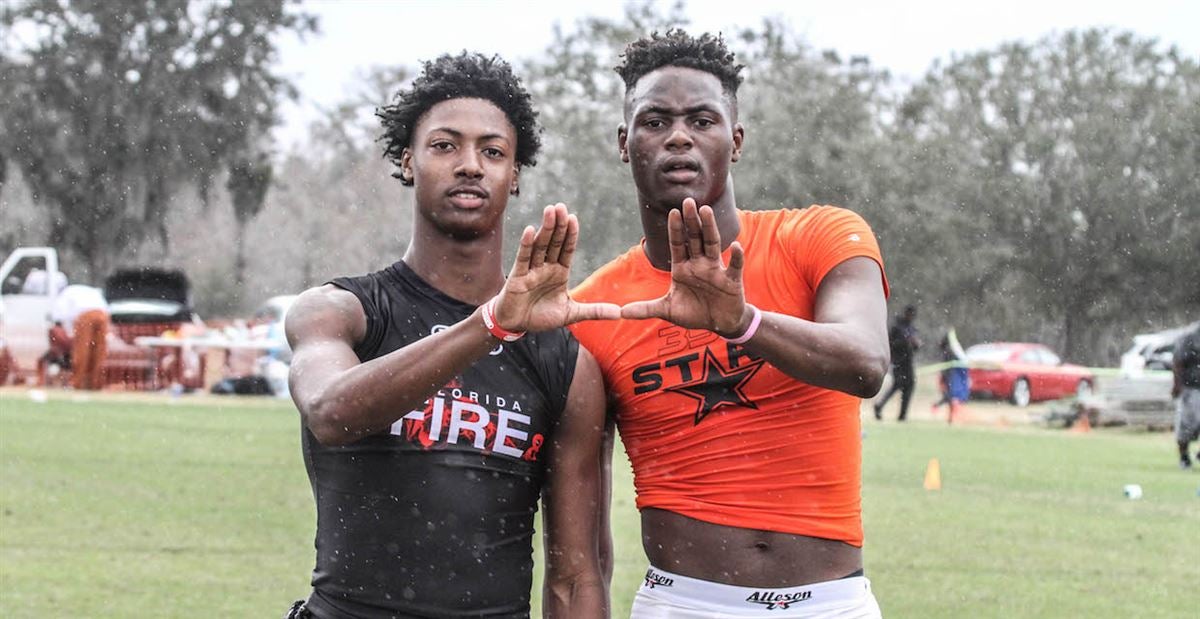 Orlando Pylon 7on7 Top Performers
1/27/18
5. WR Marc Britt: The Miami 2020 commit made plays down the field on Saturday. Standing 6-foot-1, 170-pound, it was Britt’s speed that allowed him to get behind the defense. Britt was one of a few underclassmen that really stood out during day one of action.

Top Performers: Florida Fire Tryout
1/14/18
Next Three On Offense
1. WR Marc Britt – Britt was the only 2020 prospect to make the top performers list and that’s primarily because he didn’t look like a sophomore under the lights. The Miami verbal commit, who hails from Hialeah Champgant Catholic, flew past defensive backs and accounted for two or three touchdowns during the passing skeleton.

Rivals 3 Stripe Miami Camp Wrap-Up
Class of 2020
Marc Britt, WR, Hialeah, FL (Champagnat-Catholic)
Britt was the only underclassman to earn an invite to the Rivals 5-Star Challenge on Sunday. The UM commit was uncoverable at times, and unleashed his blazing speed on a few different DB’s in attendance. He’s a long way away from his signing day, but Britt feels pretty solid to the Canes.

Marcus Rosemy, WR, Fort Lauderdale, FL (St. Thomas)
Rosemy uses his size well and straight up bodies and bullies some DB’s. Rosemy made some great catches in traffic on Sunday and is a technician as a route runner. Miami hasn’t offered, but Rosemy attended Paradise Camp back in July, so there’s at least some cursory interest between the two parties. Georgia, Ohio State, and UF are Rosemy’s biggest offers.

Xavier Restrepo, ATH, Fort Lauderdale, FL (St. Thomas)
The second St. Thomas WR on this list, Restrepo mainly lined up at WR, but pulled double duty at DB for some reps as well. He shined as a receiver though, scoring multiple TD’s in the 1-on-1 drills and showed off his amazing quickness. Miami recently offered the St. Thomas Aquinas star, who also lists scholarships from Louisville, Mississippi State, Pitt, and Kentucky.

Samuel Anaele, DE, Miami, FL (Norland)
The fourth DE that could have been in the conversation for MVP, Anaele looked to be right at home going up against a majority of kids that were a year older than him. He’s just so strong at the point of attack, but can also blow by you with his speed. Like Britt, Anaele is a solid Miami commit. 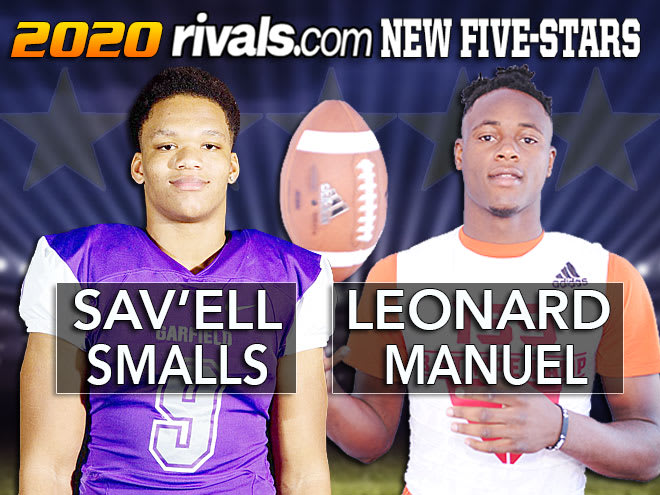 Surprised that Avantae Williams did not make the list...
Edit: Avantae was given a 6.0 rating, not sure why he was left off the list.