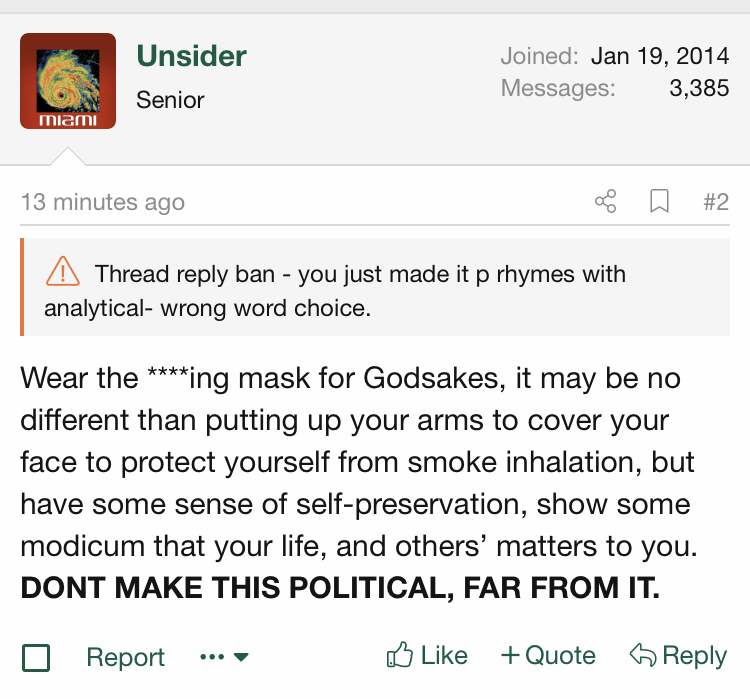 Unfortunately, starting this thread resulted in an infraction. Don’t do this ****.

2 posters each with 2 p rhymes with analytical warnings. 24-48 hour board bans after this. Sorry...

I guess they think I’m kidding??? 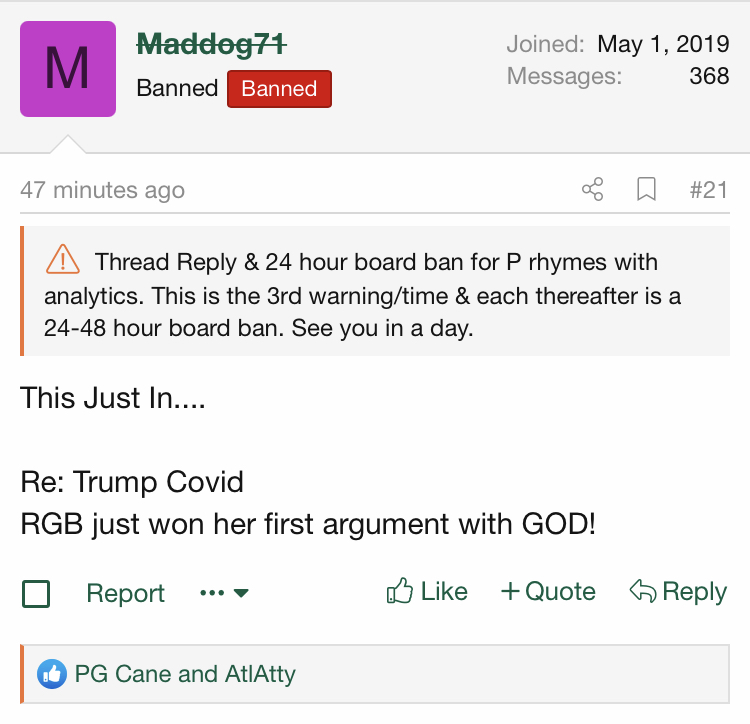 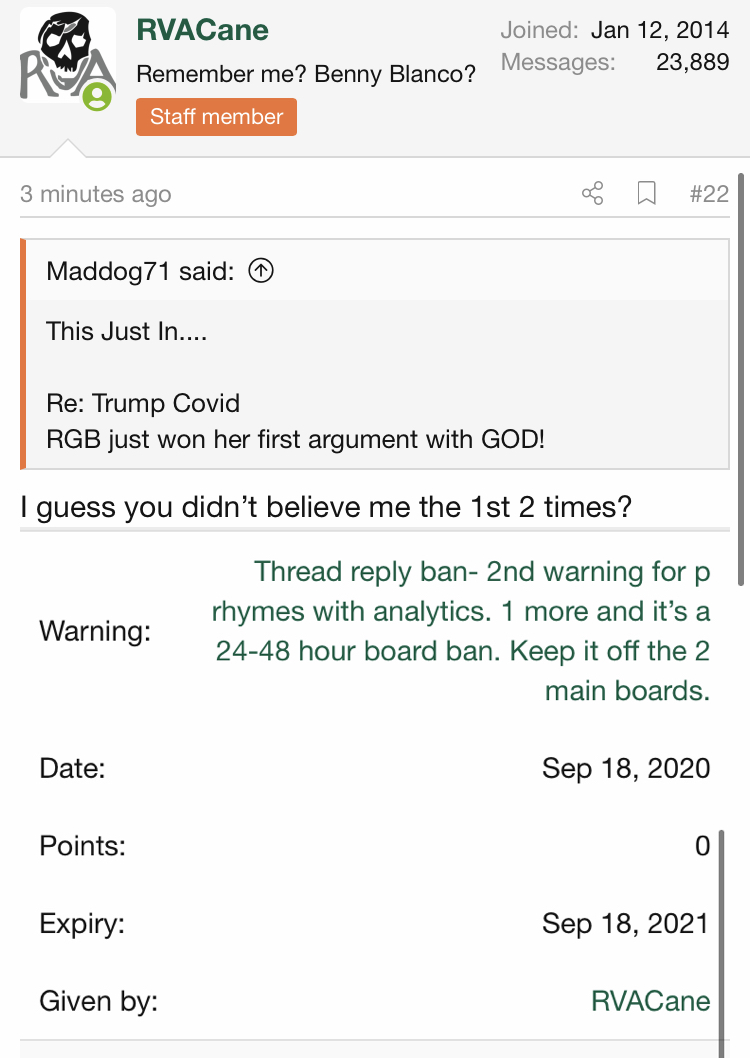 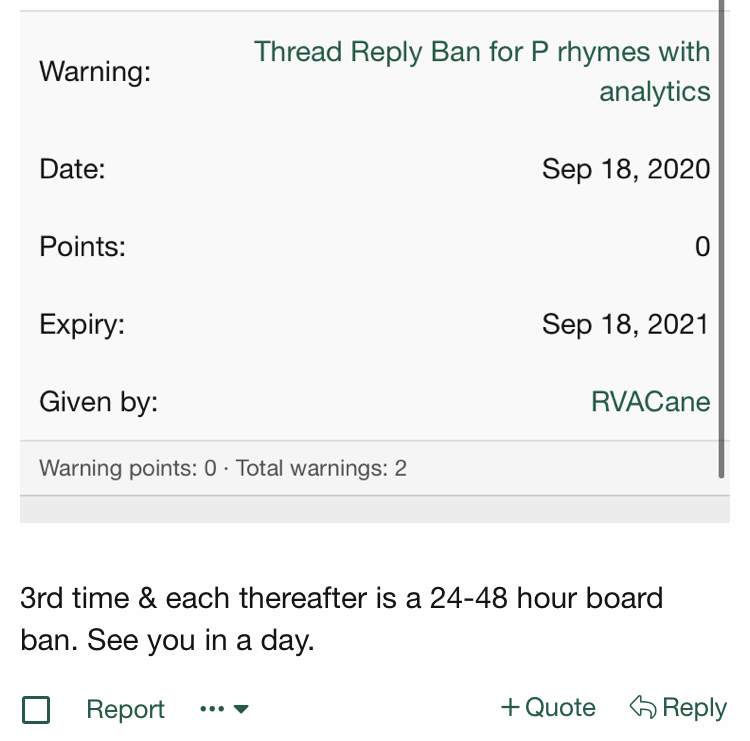 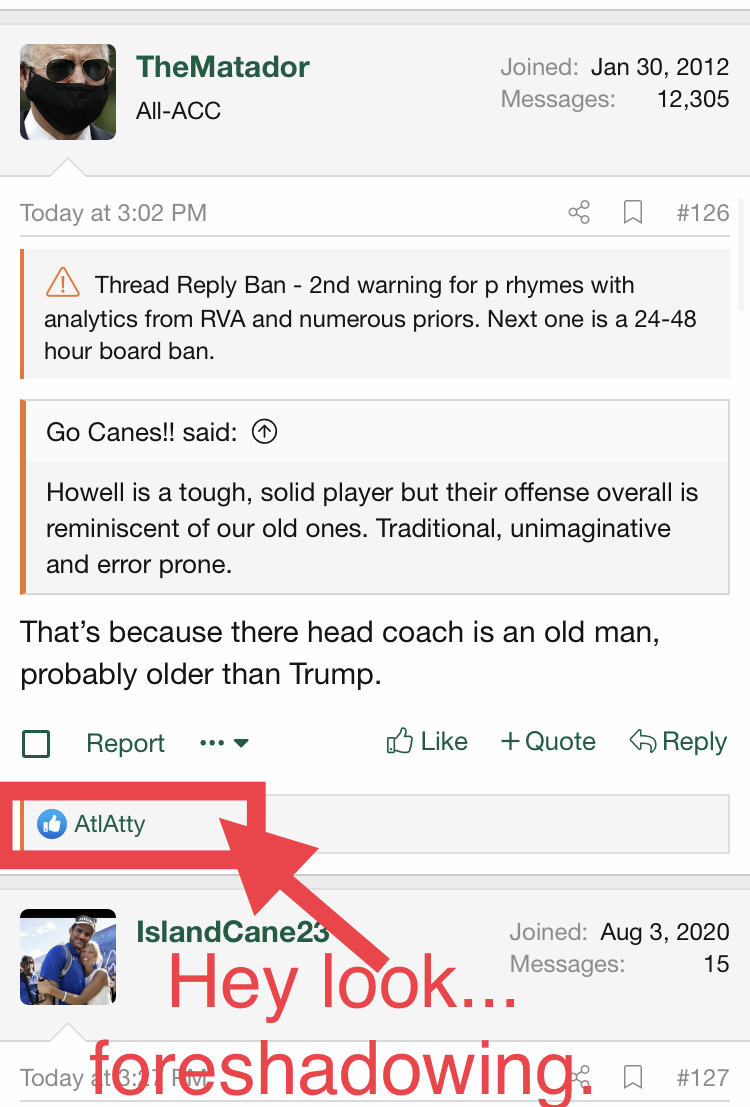 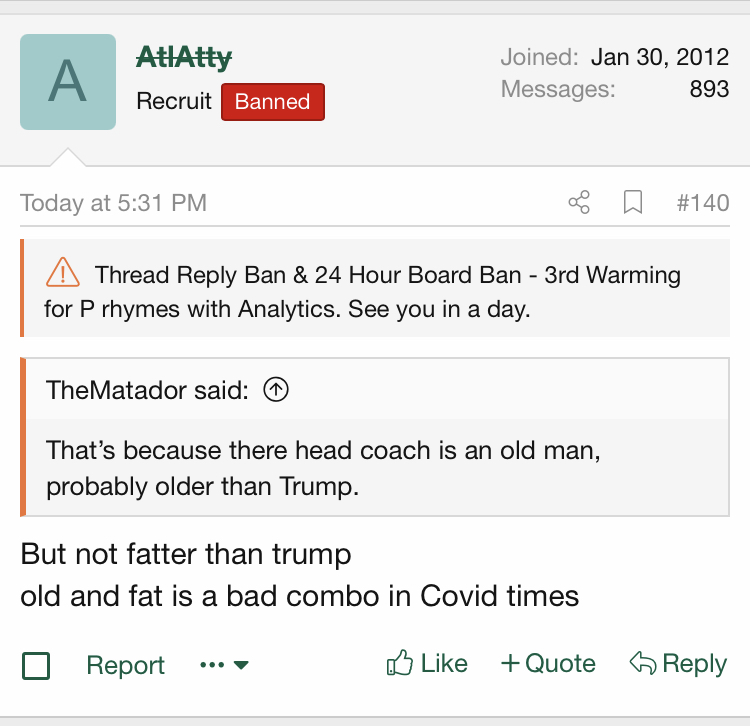 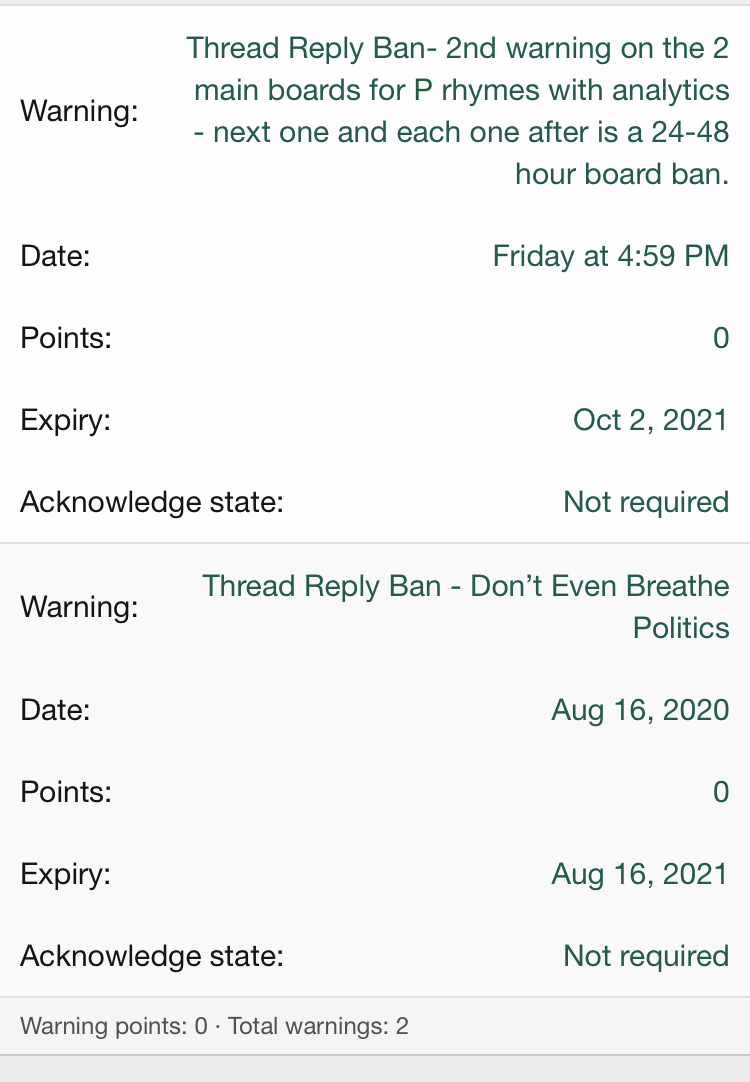 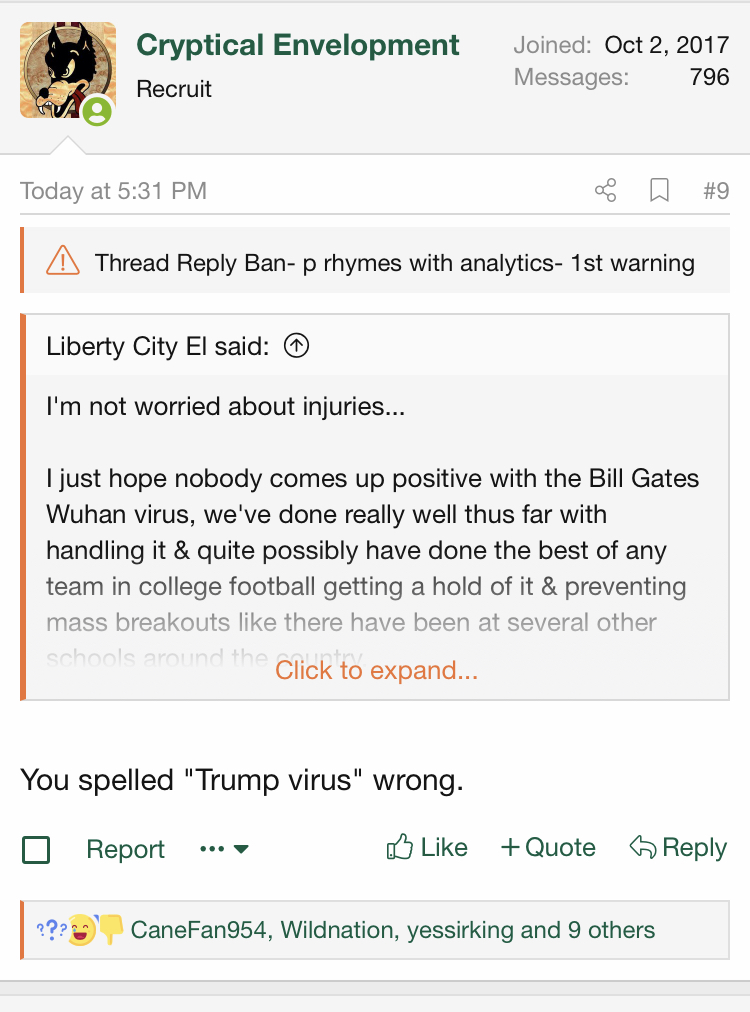 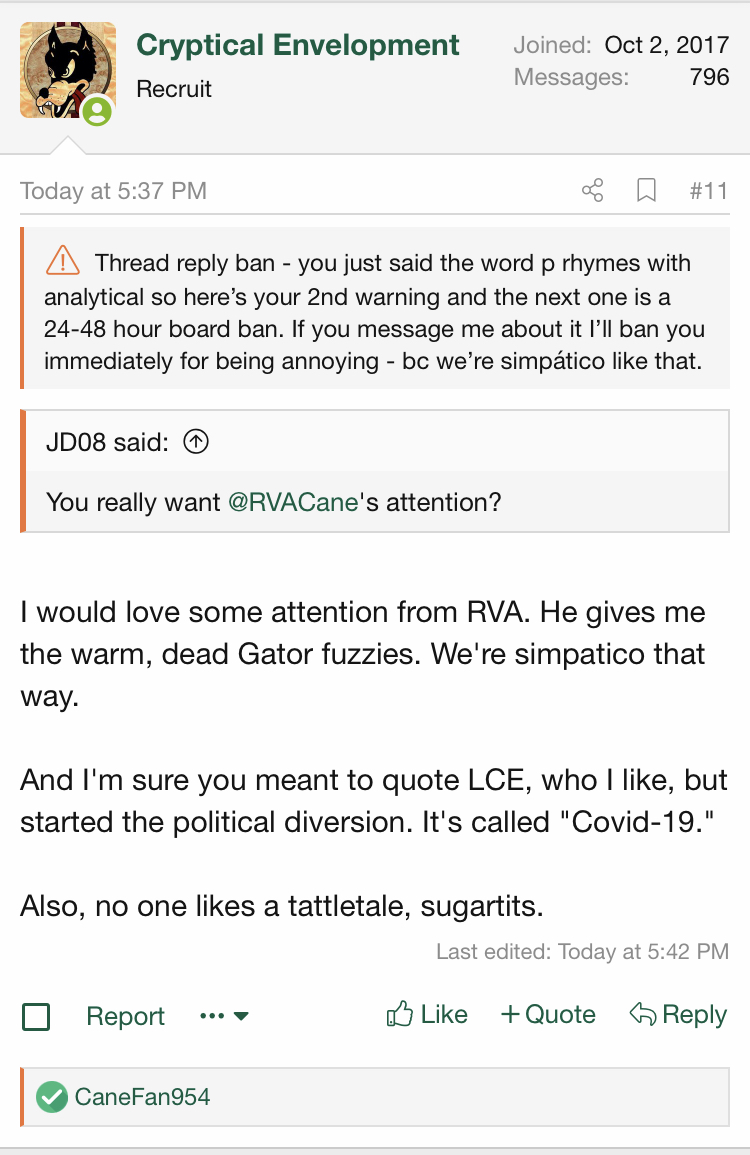 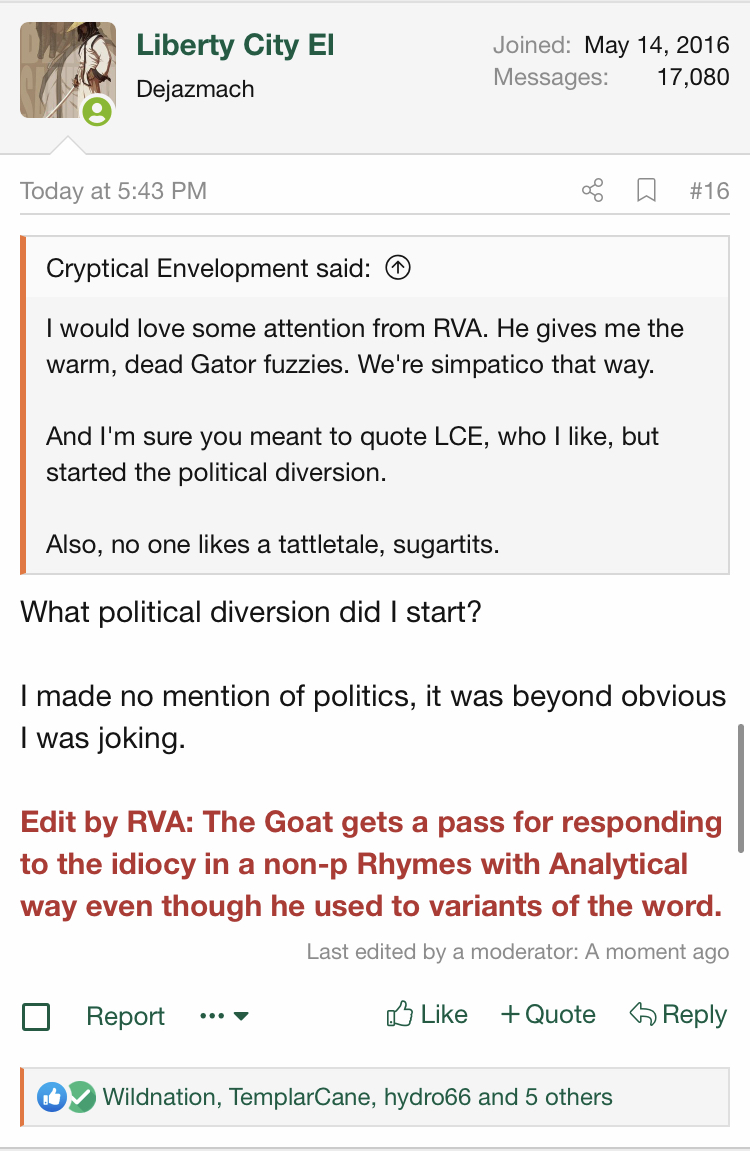 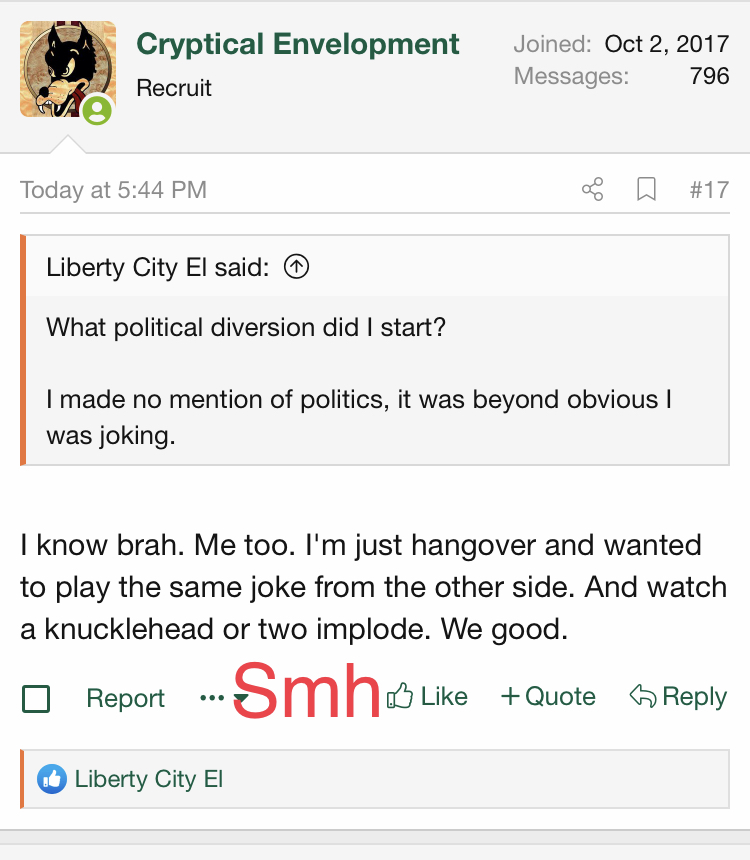 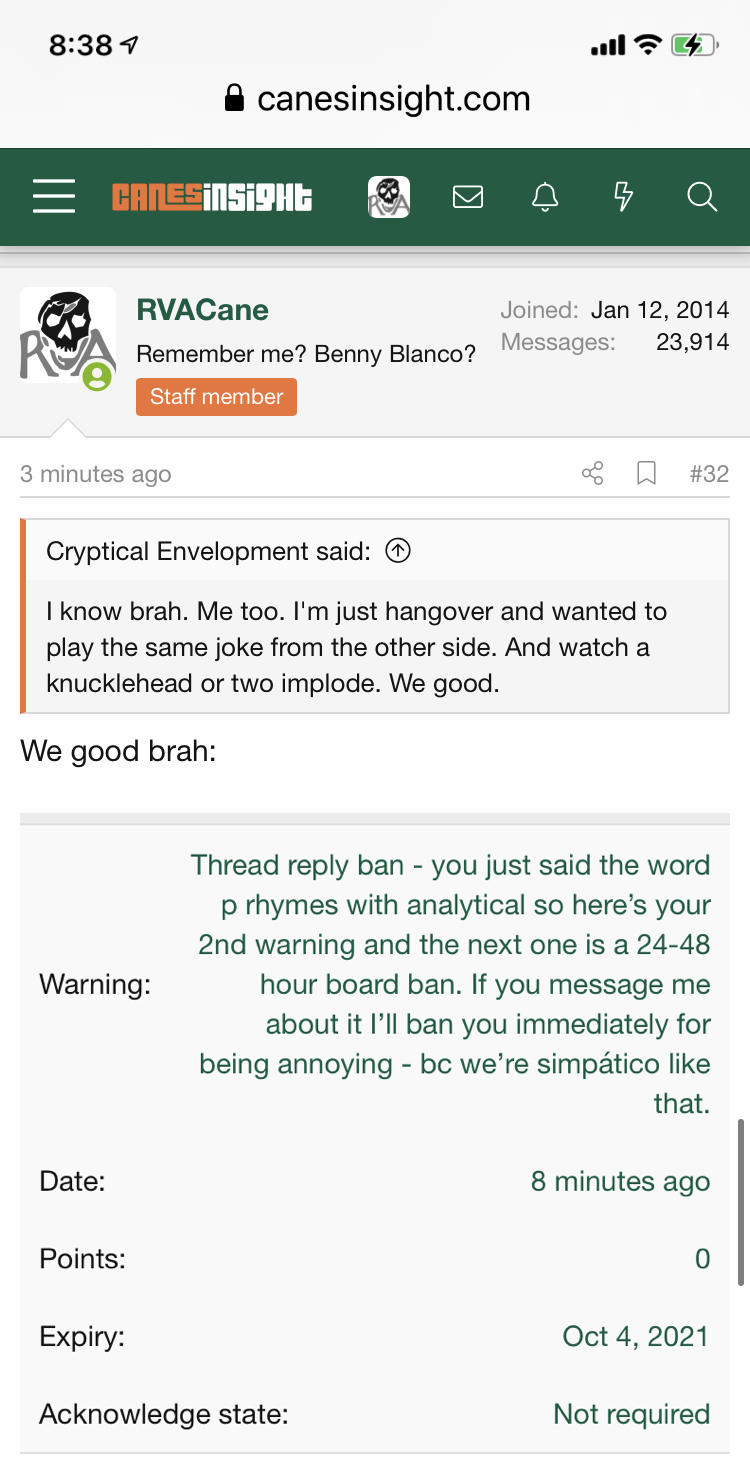 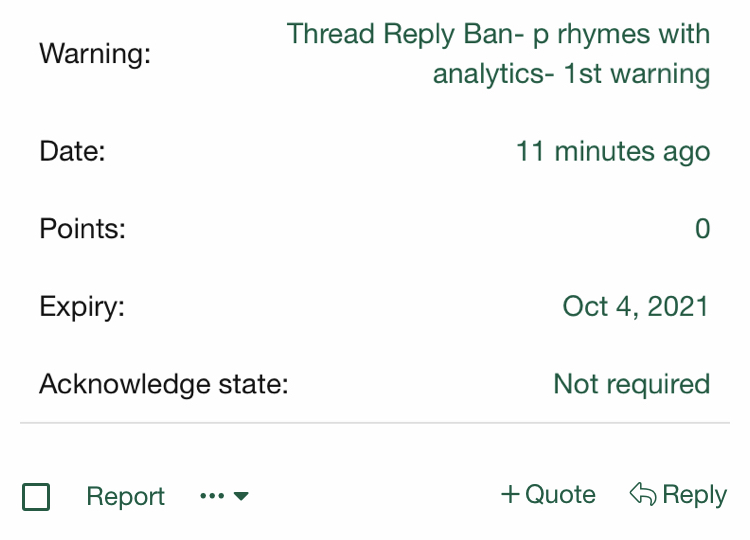 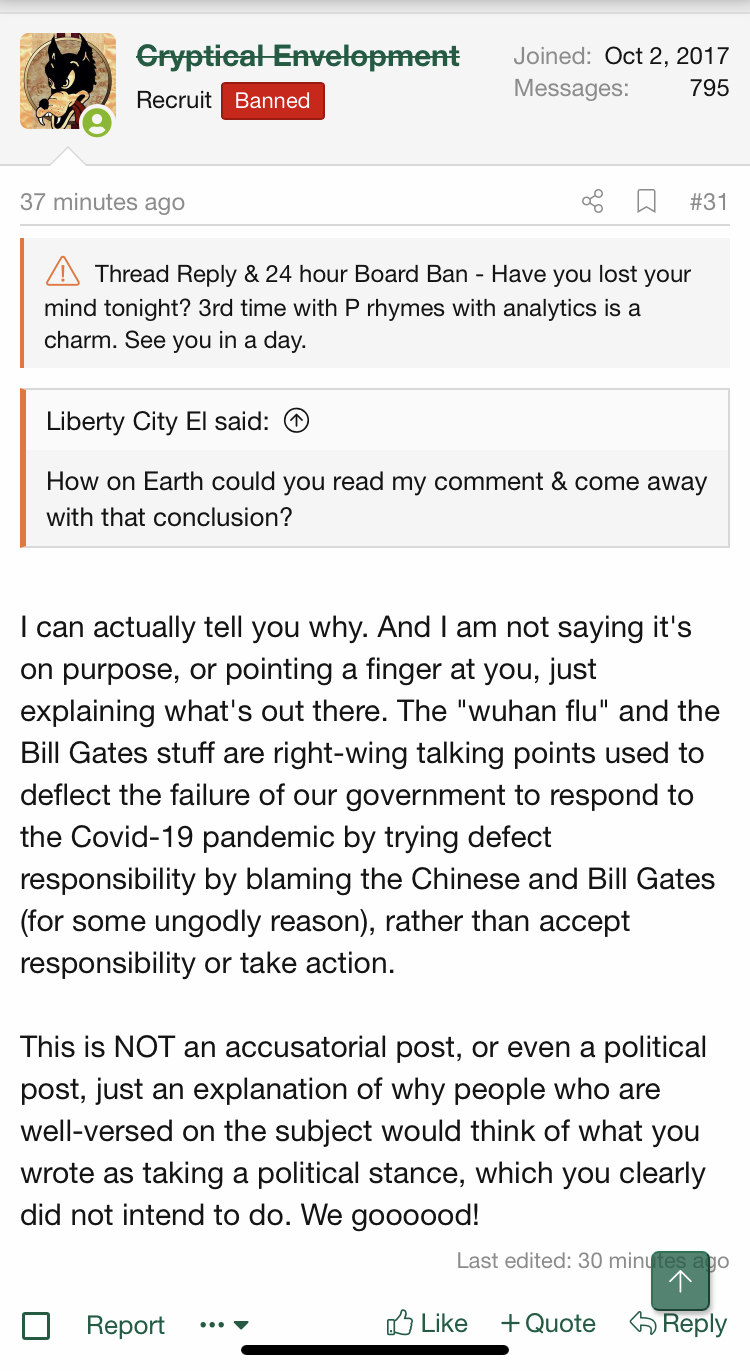 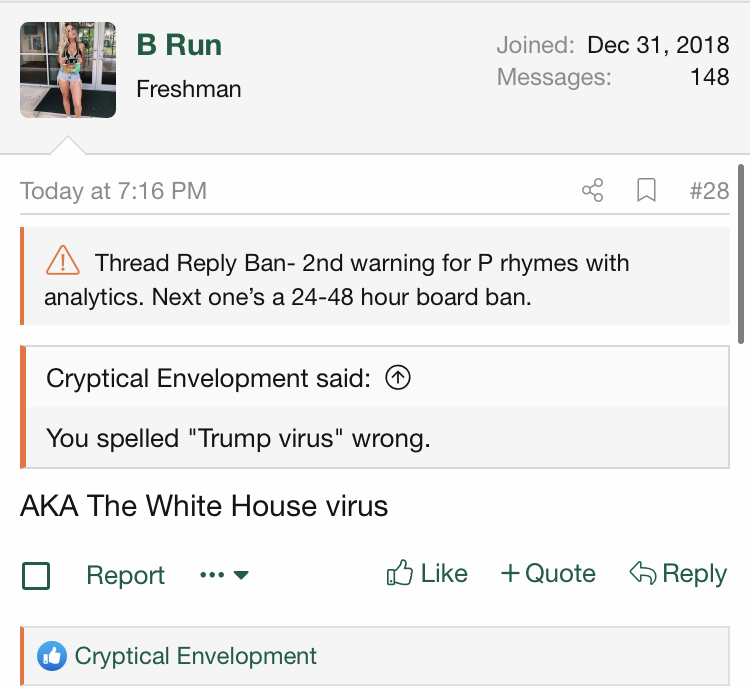 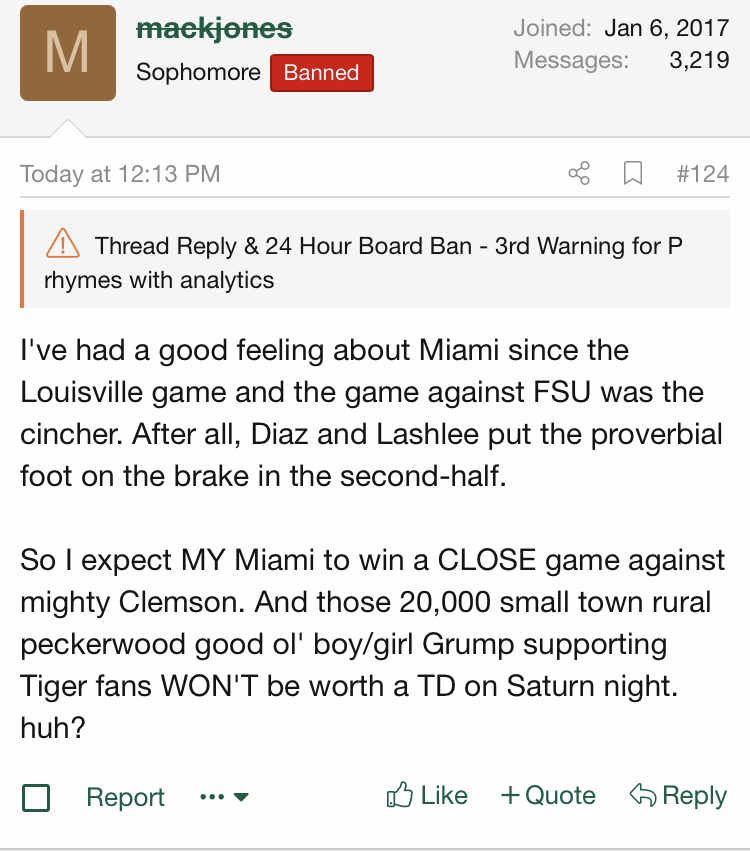 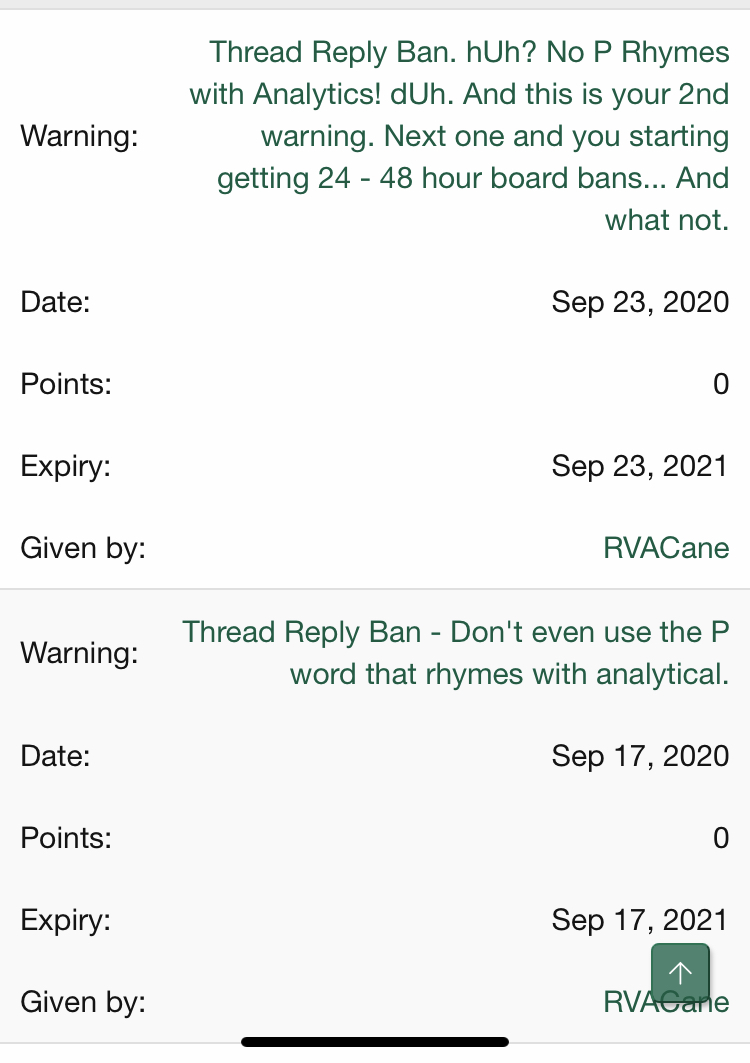 What’s another day to the ban... 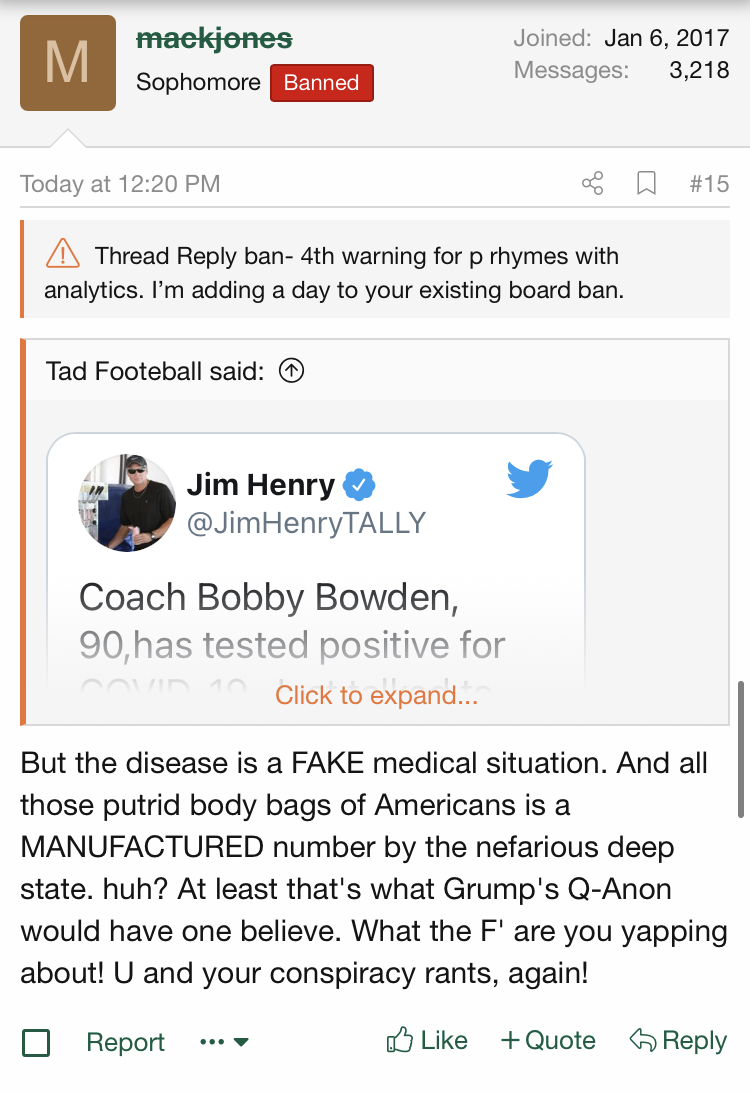 And the hits keep comin’ 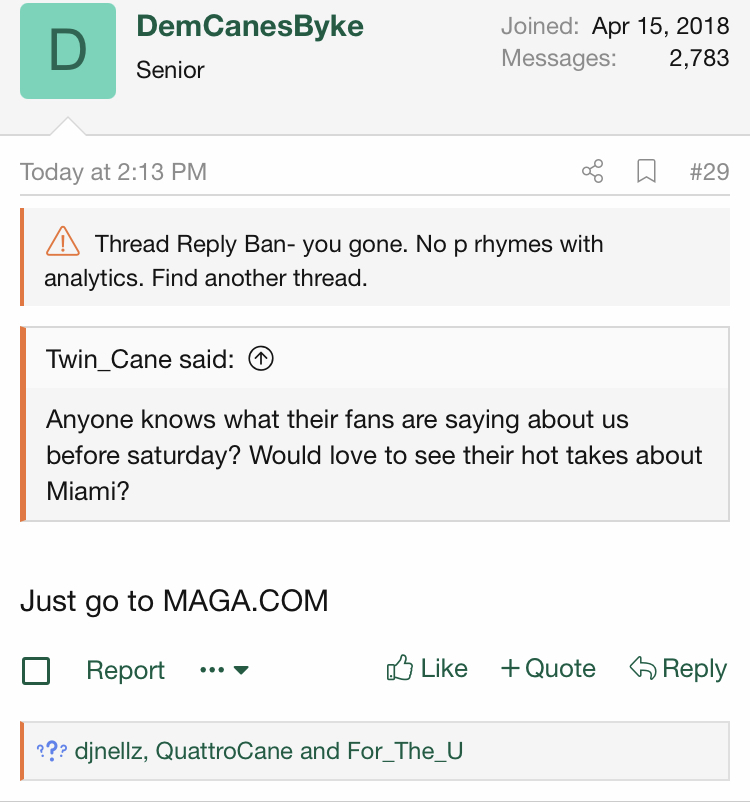 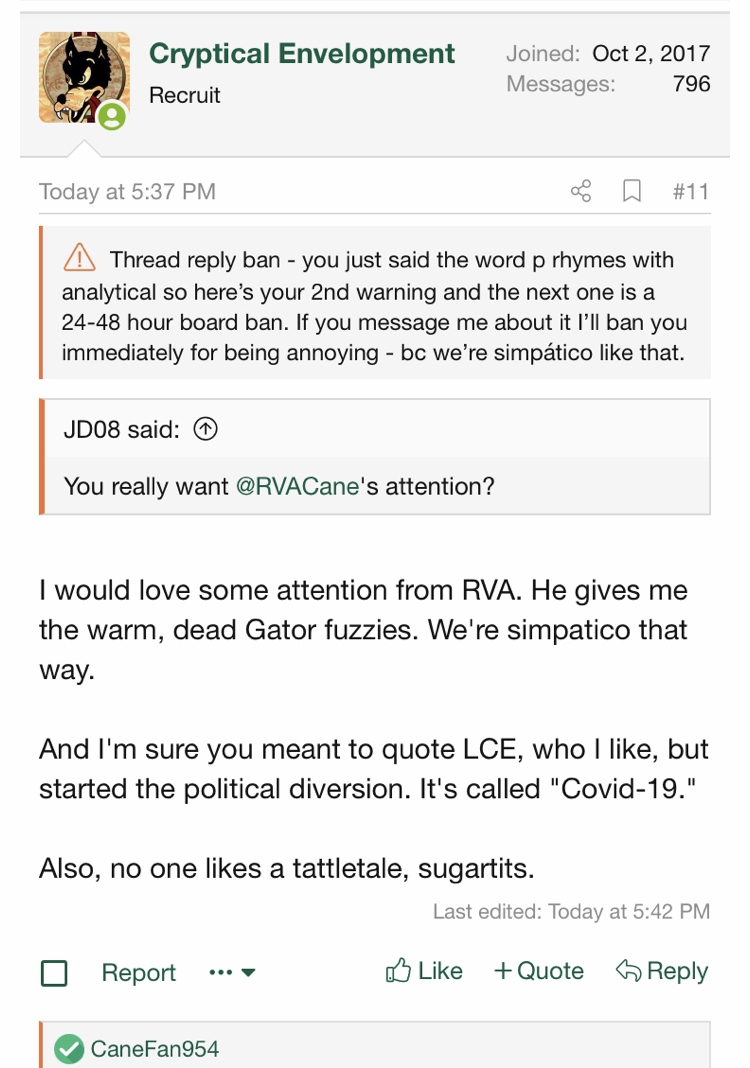 He contacted me via dm yesterday to launch into his usual diatribe for wronging him and other assorted malcontents. I did not ban him immediately. So after great thought, and in consultation with Maude Royalty, I’m a person who does what he says.

You’re out for a week and if you DM me again, it’ll escalate further. I’m not going to play cat and mouse with trouble making poRsters like I owe it to them. People who have been around know trouble on here when they see it. I’ll just get rid of the mice. 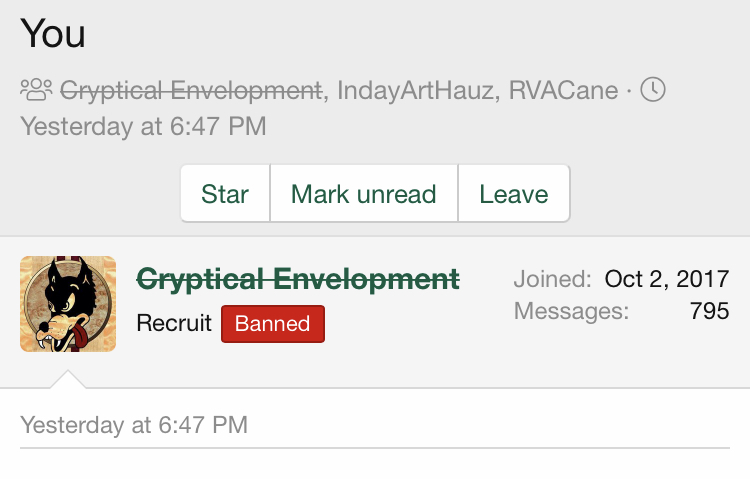 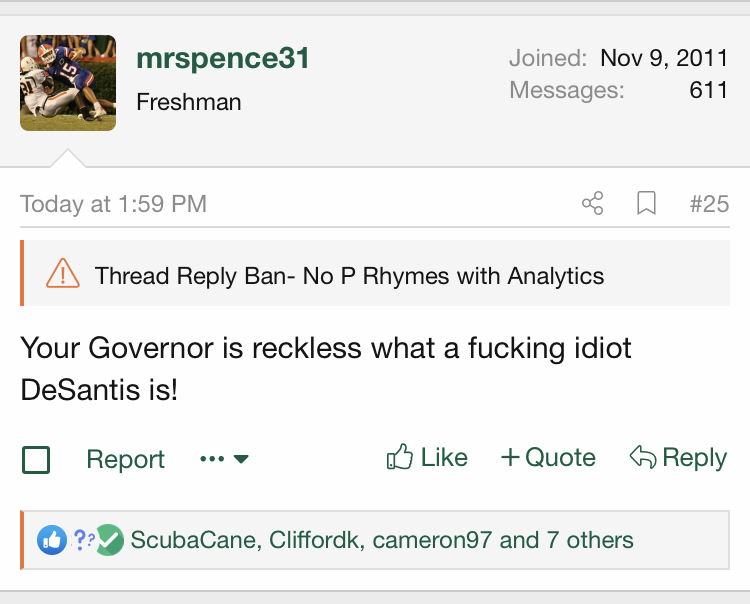 Unfortunately, sometimes posters I really like and consider friends on here get caught in it as well. Leaves me with no choice. It isn’t personal or about viewpoint. Just about keeping the 2 main boards clean of p rhymes with analytics. 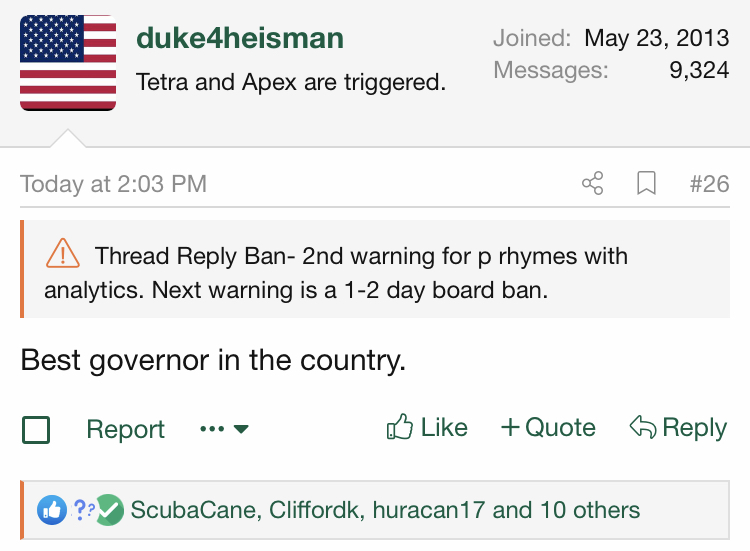 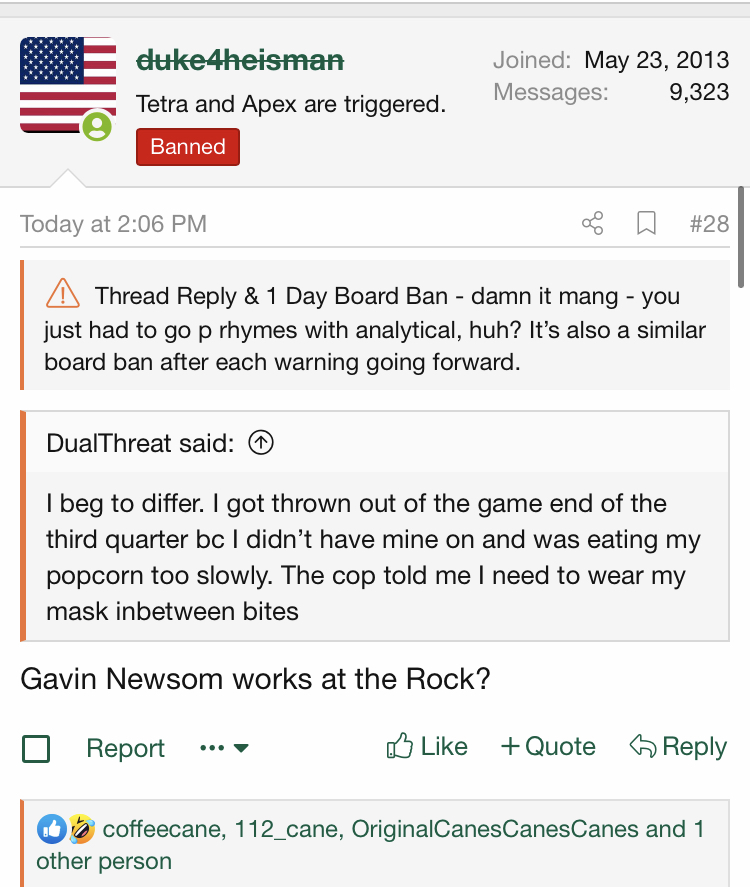 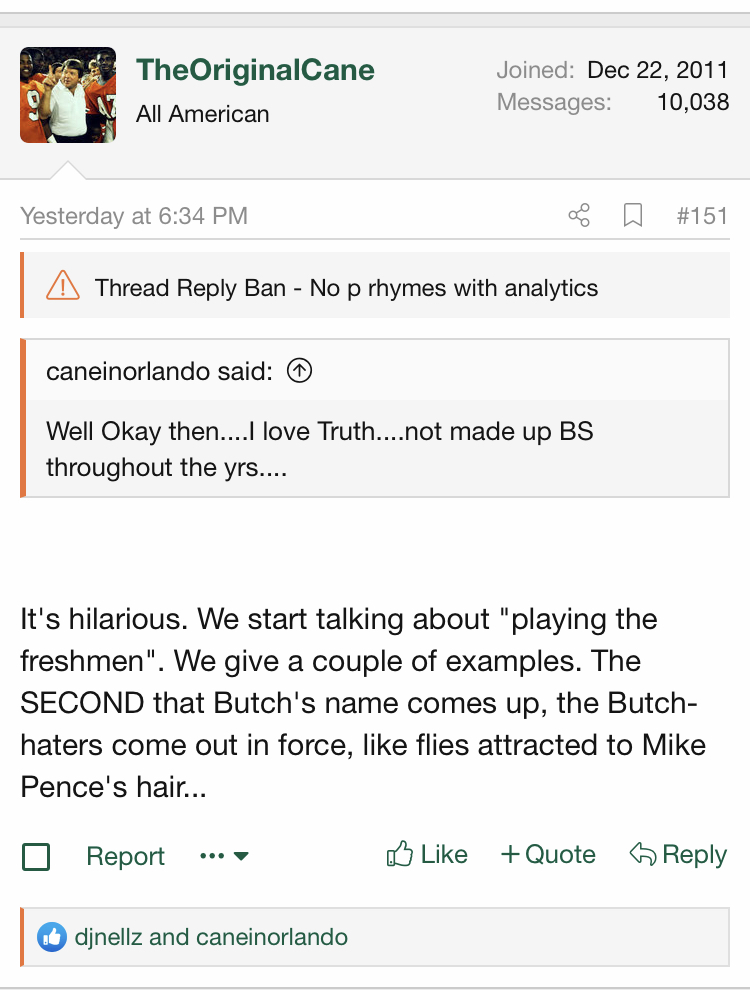 Edit: After a personal appeal, and after considering the nature of the mention, as well as the longer term nature of the thread - and as a first time offender - Sentence reduced to a 1 day thread ban.

Edit Edit: This is not the first reduced sentenced I’ve handed out in similar situations with similar requests from posters with viewpoints opposite to this one as well. All reduced sentences are disclosed in this thread.
Last edited: Oct 9, 2020 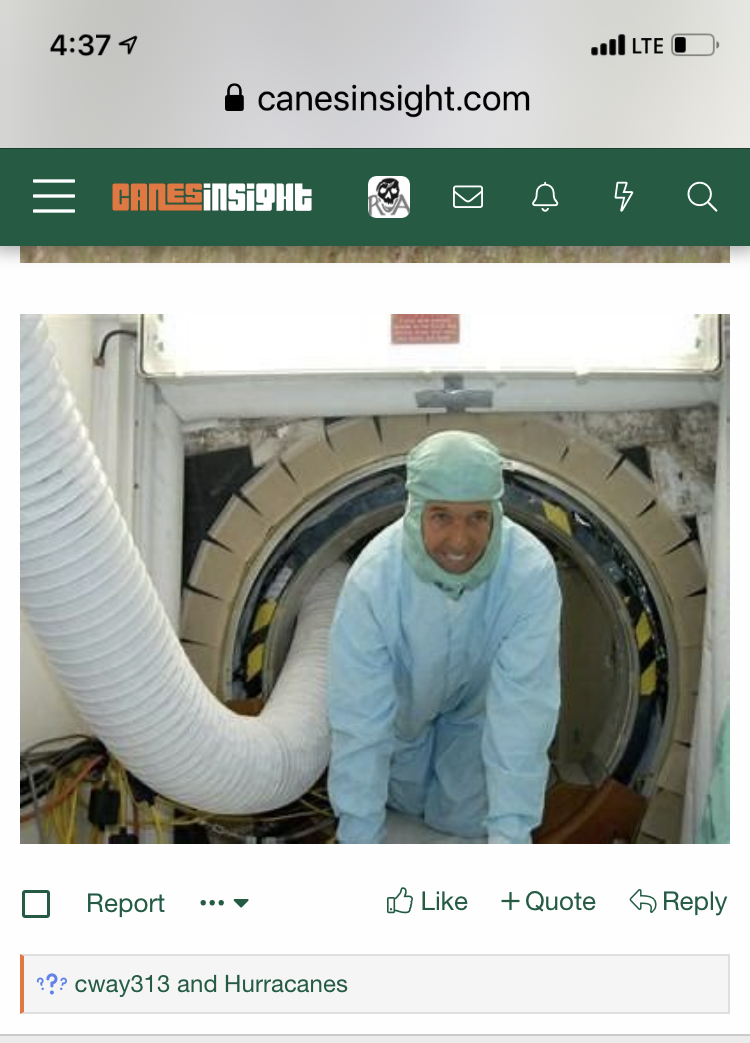 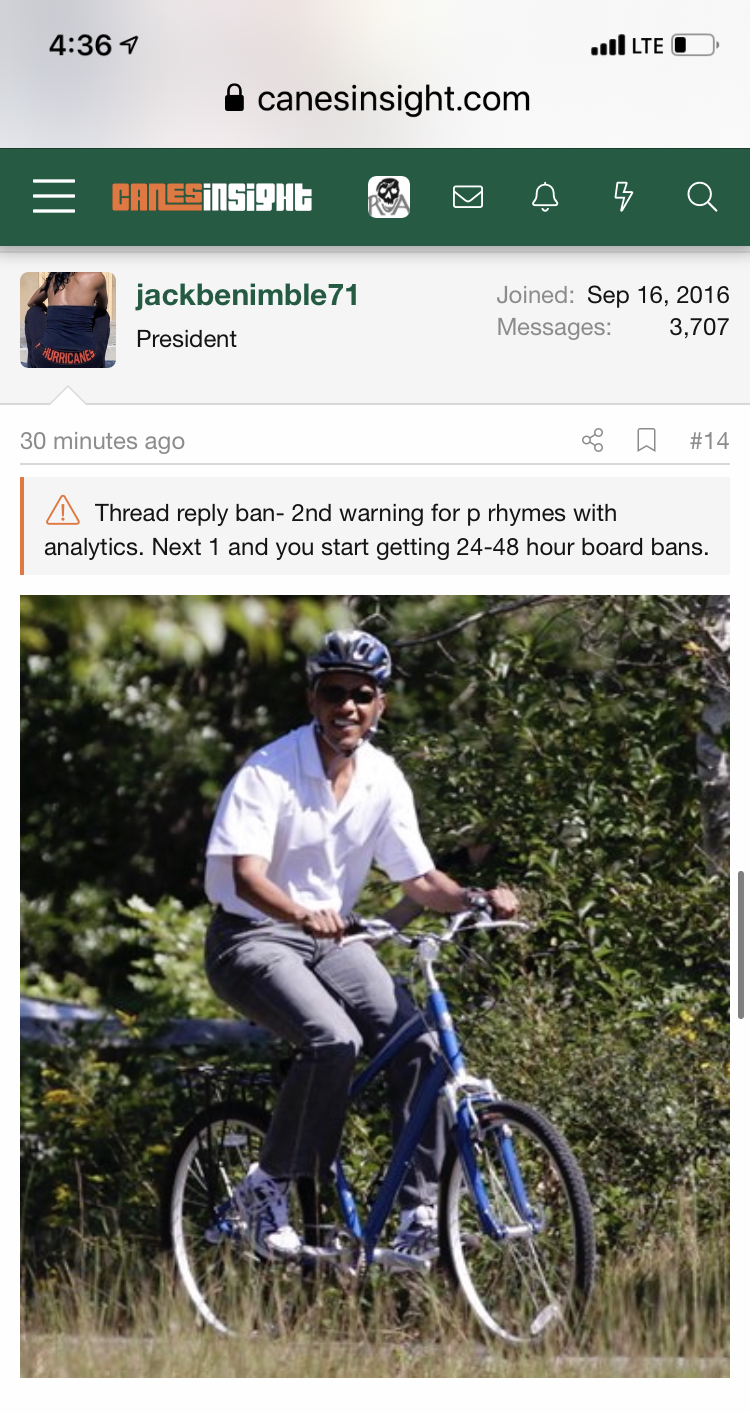 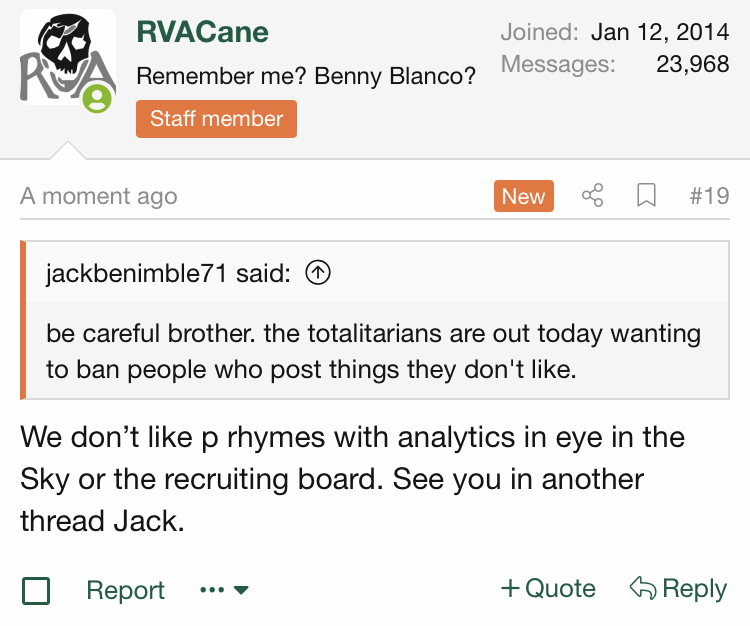 This isn’t on hold. The purge will continue with vigor. 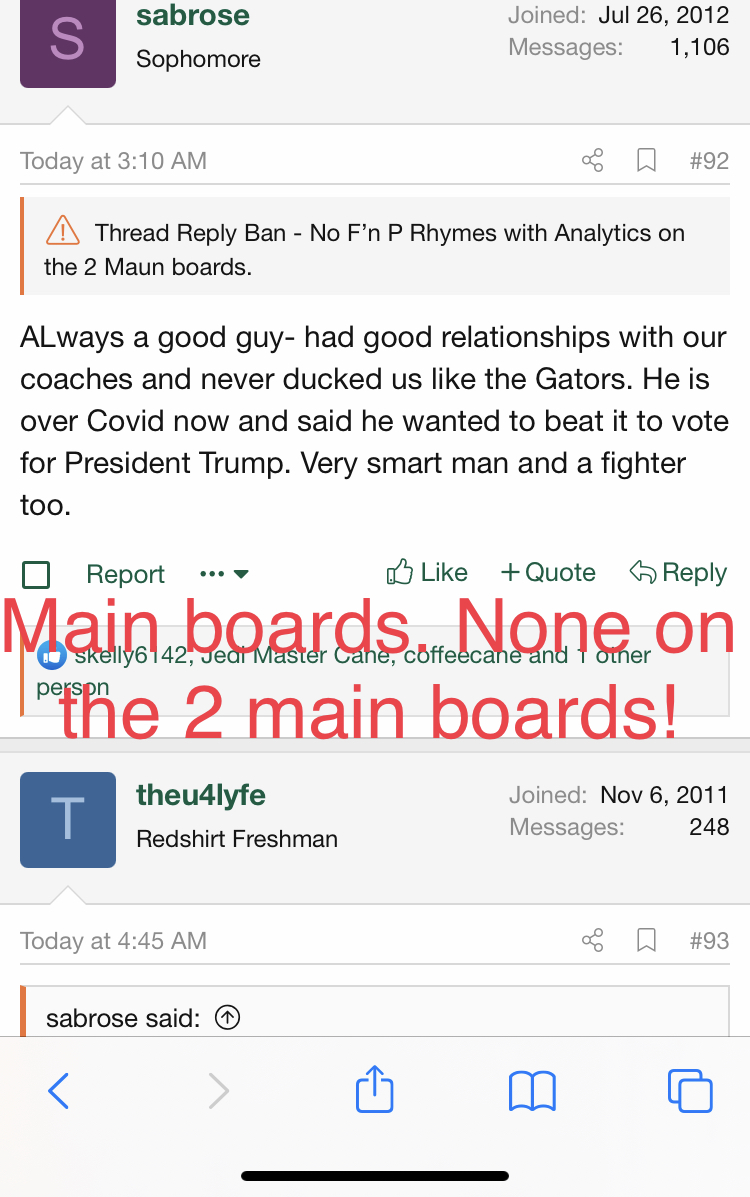 And you two who responded after got lucky with just a delete. 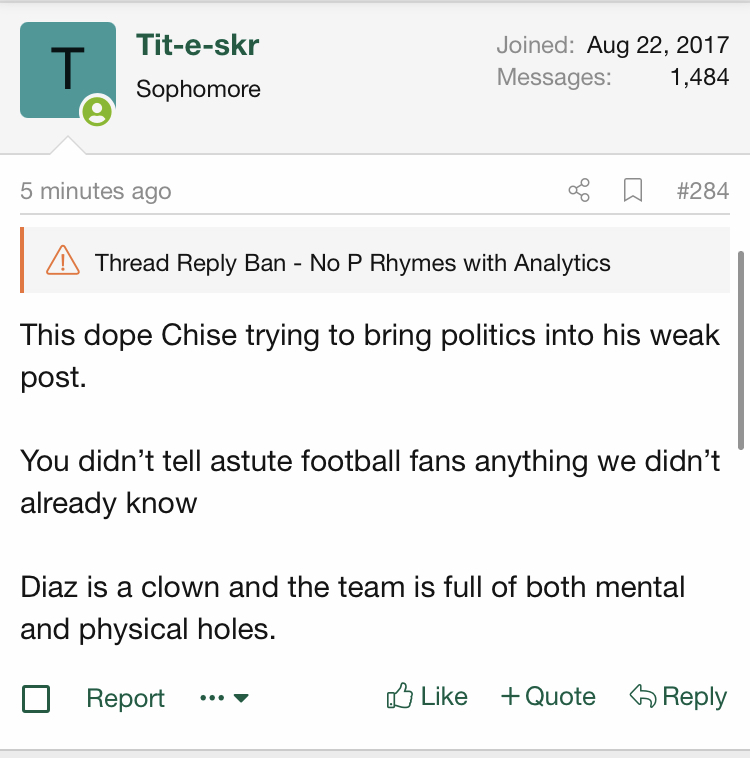