It not only on coaching

detroitcane said:
You can blame the coaching.
The players are also on the hook.
The dropped TD pass by 85 change the complexity of the game.
Instead of 14 to 3, we go y nothing.
The dropped passes are not excusable, the missed blocks are not excused for an experienced line.
Time for the older guys to step up.
Click to expand...

Jedi Master Cane said:
In truth, it's about 35% coaching and 65% the worst God damn piece of $hit incompetent administration in all of college football.
Click to expand... 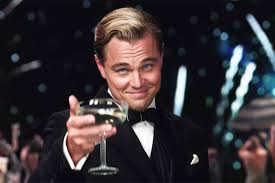 Will Mallory lost the game. The players are just not that good.
G

The work to train 24-7 with no off season is ignored you see the fruits of teams training habits it’s glaring and ignored.

Huge blow out loses coming, plausible deniability to be applied till BOOM crash then WE DIDN’T KNOW.
S

NY Shyne said:
Will Mallory lost the game. The players are just not that good.
Click to expand...

Has Mallory gone to UGA, Clemson, Alabama or even UINC you wouldn't have called him "not that good".
That year we signed up the best 2 TE's in the country. The result? After 3 years, not that good.
Last edited: Sep 19, 2021
H

NY Shyne said:
Will Mallory lost the game. The players are just not that good.
Click to expand...

Coming out of high school


Alabama turned these guys into outstanding college players. We may not get 5 star guys but have always had access to players with these rankings. Are they just lucky to find them?

It is development and putting those players in position to win. But its also an eye for a kid that will thrive under your training.

We judge kids on their ability to execute. If he executes consistently we say he's good and if he's inconsistent he's bad. This is not nearly as easy to fix as some think otherwise Saban wouldn't need to find 5 star guys all he'd have to do is just go get 20 kids and turn them all into champions.

Nothing he can do at this point with Manny's staff, but if I remember correctly Chris Chambers had some sort of wr training thing that he was trying to do for Devante Parker. Pay the man next summer and let him work with some of the guys. He can add to Likens game as well.

Maybe Miami needs to spend a little more on specialized technique coaching. It wouldn't cost a lot but it would help a lot.

I do agree that our players aren't very good though.

How can you say its not on coaching when the head coach does not practice in full pads?

What does the team do well? Seriously.

Somebody help me answer, what does this team do well.

Lispy can’t develop players. Rick couldn’t develop players nor Folden nor Shannon nor Clappy the list goes on and on. What this administration did to this program ranks it as probably the worst in college football history. Dee, Hockutt and of course the bottom of the barrel Jake Blames has completely gutted the football program and I don’t see it getting back to prominence for at least a decade perhaps more.

Yo, wtf removed the middle finger emoji? It would have sufficed for this bullshit thread.

Carolinacane83 said:
What does the team do well? Seriously.

Somebody help me answer, what does this team do well.
Click to expand...

Tell what me what 53 and 5 even marginally well? MSU ran consistently on 53's side when he was on the field.

Torocane said:
You can blame the players if this was once but they do this all the time. That's 100% on coaching.
Click to expand...

I agree it coaching, but you can’t coach a player to catch important passes. They either do or they don’t and right now they just aren’t and the OP is right in that one sense that a 14-3 game looks and feels a lot different.

Pentagon Cane said:
Tell what me what 53 and 5 even marginally well? MSU ran consistently on 53's side when he was on the field.
Click to expand...

One of the head scratchers is what Gil isn’t playing more. Carter has been bad - whiffs way too much on tackles and is one of the worst in that regard. 53/44/17/5/26/8/7 are absolute non factors on defense and to a lesser extent, 96 as well. Time for new blood. Happy to see 0/24 get more burn but need to start giving reps to some of the other kids (56/41/etc).