UM still ranked in Top 25 in both major polls

UM still ranked in Top 25 in both major polls

Stefan Adams
Sep 4, 2018
CORAL GABLES, Fla. – The University of Miami football team checked in at No. 22 in the Associated Press Top 25 and No. 21 in the Amway Coaches Poll Tuesday.

Miami’s position of No. 22 in the AP Top 25 marked the 19th straight appearance in the poll, extending the sixth-longest streak in program history. Miami’s 19th consecutive position in the AP poll represent the 10th-longest active streak in the country.

View as thread
If Malweak is taking snaps we aren't even in the top 40.
Lol. We don’t deserve to be ranked. We committed every mistake in the book in that first half: 8 penalties (2 that could have gotten our defense off the field) 3 shanked punts, 1 miss field goal, 0 third down conversions, 1 pick six, 1 Miami player ejected, 2 carries for Homer...mistake after mistake. The only takeaway is we don’t have to play LSU again and all of our goals are still up for grabs.
Why? Four losses in a row.
Wait until we play effing Tech. That is going to be an absolute nightmare. At night in the middle of those cold mountains and those howling hillbillies.
Who cares we still look like **** with Malik at QB 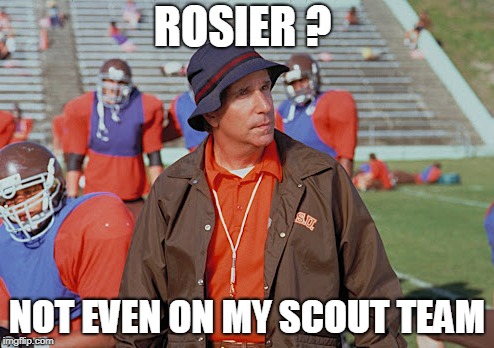 holycane said:
Wait until we play effing Tech. That is going to be an absolute nightmare. At night in the middle of those cold mountains and those howling hillbillies.
Click to expand...

Football is for big boys, you play anywhere, anytime, against anyone and whip their arse.
We aren't as good as we thought or as bad as we looked (except at QB where we are actually far worse).