Following a strong sophomore season, Dunson earned offers from Power 5 schools like South Carolina, Nebraska, Louisville, UNC, and NC State. However, the offer he really wanted was from the Florida State Seminoles, which he landed in May of 2018. It wasn’t long until he committed to FSU in August of 2018 and he maintained that pledge for over a year until Willie Taggart got fired in November of 2019. A day later, Dunson was back on the market, and started being pursued by Miami, Texas, and Ole Miss. After putting off signing early, he scheduled official visits to all three of those schools in January, but a strong OV to Miami last weekend led to him shutting things down and committing to the Canes.

Dunson has the prototypical size at 6’2” that many scouts are salivating over these days and is definitely a “new age” corner. He’s a true athlete that doubles as a dominant deep threat receiver for Tucker HS, and you can see how some of his abilities on offense easily translate to defense, such as the ability to high-point the ball. He’s a ball tracker that attacks the rock at its highest point and uses his leaping ability to snag the interception or TD. Brings incredible physicality on the outside of a defense. Striking speed to go along with a long frame and strong build. Has the aggressive demeanor to jam a receiver into oblivion. Lives in his man’s hip pocket and is tough to separate from. Above-average tackler that profiles as an asset in the run game and could lock down the edge of a defense. Breaks on the ball well, closes on throws anywhere near his area, and lets the QB’s eyes guide him around the gridiron, which (along with his length) led to a ton of PBU’s on film.

The position took a big hit when Trajan Bandy left school early for the NFL, as he had been UM’s most consistent corner the past two seasons. The other concerning aspect of that move is that Miami simply doesn’t have a lot of numbers at the position. The good news is all four returnees in Al Blades, DJ Ivey, Christian Williams, and Te’Cory Couch saw playing time in 2019, and all four were 4-star talents.

Dunson, (and his classmate Clarke) will only be needed to play a part-time reserve role in 2020, however, the door is technically open for a starting job or two, since it didn’t appear like Blades or Ivey really solidified the #2 role last season. Dunson is also more physically college ready than his classmate Clarke, who is more of a developmental prospect at the position. If Dunson comes in and shows he is a transcendent talent and is advanced at the mental side of the game on day 1, you can’t rule out him being a prominent part of this secondary by season’s end. Because he’s a summer enrollee, though, Dunson’s chances of passing up UM’s four talented returnees by September are going to be diminished.

View as thread
This was an important get no one is talking about.
My only concern is the 4.94 40 time... Football speed is much more than just 40 time, which I get. But we have DE's with the same (if not faster) time.

He doesn’t seem to run anywhere near that in pads. If he did run that it probably was when he was younger with no technique running the 40 as things like that matters. This kid can play period

I have a hard time believing that someone with the foot speed and agility to run a 4.22 shuttle is THAT slow in a straight line.

He has a nice shuttle and vertical. He looks way faster than 4.94 on film...with the correct form and S&C training he should be in the 4.6s easily
Very nice pick up, no doubt. Happy to have him.
Let’s use common sense. Do y’all think we would bring in someone at a skill position running a true 4.9? That’s dlineman numbers.

plantcity3 said:
Let’s use common sense. Do y’all think we would bring in someone at a skill position running a true 4.9? That’s dlineman numbers.
Click to expand...

No it’s not. That’s about where most high school kids come in at.

What is this 2002 when everyone was running those reported 4.41s?

The last few posts summed up my thoughts. A laser 4.6 can come down to a 4.5 with proper technique and collegiate S&C. Over half of the DBs in last years combine ran a 4.5 or slower. Quan ran a 4.69 in the combine but was productive in the slot his freshman year. 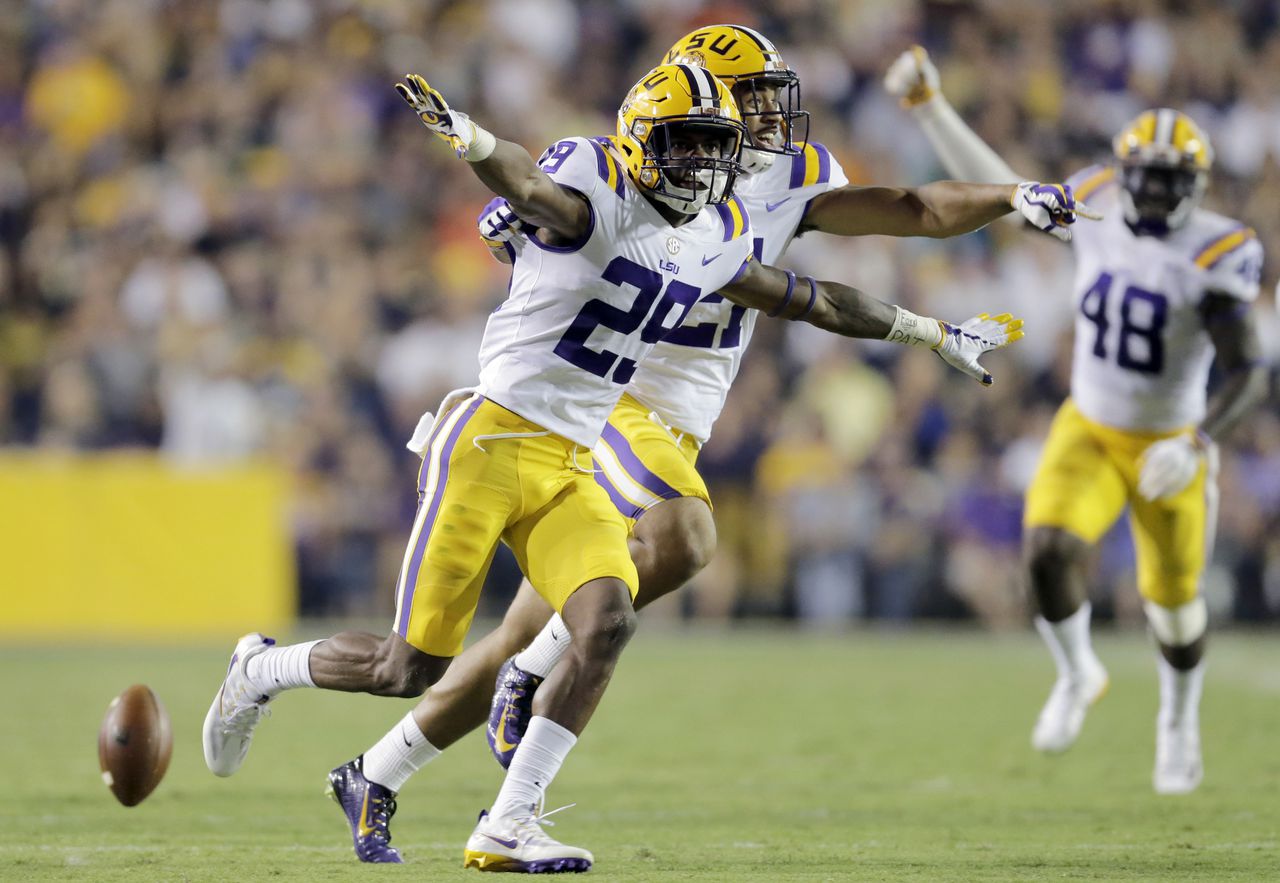 Some of the top prospects in the 2019 NFL Draft are cornerbacks and safeties such as LSU's Greedy Williams, Georgia's DeAndre Baker, and more. The defensive backs ran the 40-yard dash on Monday at the 2019 NFL Combine.

www.google.com
Straight up ball hawk going to grab a ton of ints here
Didn't realize this kid was THAT good. He looks like he can compete for a role day one
He better than all of our corners right now

That time is old as can be...he was going into his junior year when he ran that. A 4.22 screams 4.6 not 4.94.
Yeah Dunson might get more burn if the 4 ahead of him don’t seriously come in ready to compete. Hopefully he will push Ivey and Blades to be better than what they were last season. The question becomes, who’s the leading candidate to play nickel back this year?
Idk about a 40 time but he seems to have good football iq, he breaks on the ball well, an he looks like a willing tackler.

CarolCityHigh said:
His 10th grade HS track 200 meter times was 24.34 it must be in the upper 22s. That is far faster than that 4.94 thing run. Besides his offer list and his rating could not be based upon that 4.94 thing. No concern here
Click to expand...