Stefan Adams
Oct 9, 2018
Miami starting quarterback N’Kosi Perry led a 20 point, come from behind win in the second half over the rival Seminoles on Saturday in just his second career start. Although the redshirt freshman threw 4 TD’s in the victory, Perry finished 13-32 (41%) and admitted after Tuesday’s practice that he still has work to do after reviewing film of the game.

“There’s a lot that I need to work on,” Perry said. “I’m working every day in practice, have seen some good things, seen some bad things.”

What were some of the good things he’s seen from his tape?

“Obviously at the end of the game, putting the ball on the wide receivers, giving them catchable balls,” Perry said. “In the first half, I felt like I didn’t do that well enough… they weren’t coming off right, and it showed.”

Perry plans on carrying over the success he had in the second half against FSU and using it to build momentum for the rest of the season.

“It’s a huge confidence builder for me and I feel like for the team,” Perry said. “We’ve been through it, overcame it, and now I feel we’re ready for whatever comes at us.”

On his game-winning TD pass to Brevin Jordan: “That really just came from practice,” Perry said. “Practicing that every day, and it just worked out perfectly… (Jordan) is one of the best young tight ends in the country. He works so hard in practice, so I feel in a game, it’s just easy for him.”

Perry is working heavily with another freshman receiver target in Dee Wiggins, who got his most extensive action of the season against FSU. Wiggins made his first career catch, drew three pass interference calls, and looked like he had a TD taken away from him after a close, back of the endzone catch was not reviewed and called incomplete.

“Wiggins is stepping up big,” Perry said. “People may not have seen him coming, but they’re going to know his name real soon.”

After the game, Perry was congratulated in the locker room by UM running back legends Edgerrin James and Clinton Portis.

“That was a good feeling to see the players come back,” Perry said. “You could see how happy they were that we got that win. (They told me) just good game really for the most part, how to stay calm, just `good comeback’, really.

On WR Ahmmon Richards’ career-ending injury: “It was devastating news,” Perry said. “He’s one of the best wide receivers I’ve ever seen in my life, and to hear that is very sad. Of course, we’re going to miss him and I wish him the best of luck.”

View as thread
big props 2 all my CANES 4 the comeback victory over FSwhooo!! but my questions is can Perry punt?lol
He made some freshman mistakes you could see it, but also had like 8 drops that's not on him. But he does need to work out some things but im ok with the growing pains with Perry. seems like the sky is the limit with him. Glad he got the win the way he did, cant get an worse than what he just overcame.
As long as he keeps making throws that are difficult for defenders to make a play for an interception...he's good in my book. As mentioned...there were a lot of drops. The OL was not helpful at all for the majority of the game. He showed a never quit attitude. Regardless of the yards and completion percentage...which never tell a total story anyways...4 TDS and 0 INTs every game would be historic. If he can keep up the 11 to 3 ratio...we good to go.
Perry seems to be maturing daily. Well spoken, not cocky, Showing a lot of poise for a RFR. Excited to see him improve the rest of the season.
This kid has all the talent in the world, and its refreshing to see that he also has it between the ears as well. Our program is in good hands for sure!

Bigkane1 said:
big props 2 all my CANES 4 the comeback victory over FSwhooo!! but my questions is can Perry punt?lol
Click to expand...

dantheman349 said:
He made some freshman mistakes you could see it, but also had like 8 drops that's not on him. But he does need to work out some things but im ok with the growing pains with Perry. seems like the sky is the limit with him. Glad he got the win the way he did, cant get an worse than what he just overcame.
Click to expand...

I wonder what Dugans is going to do to his guys who dropped balls this week....
Well if you watched hard knocks. when Njoku dropped them in practice they made him after practice catch 40 balls straight out of the machine. I would do 20 per drop and then if its in the endzone 20 extra. but that's just me.... but they prob do something similar
Great game. Even greater come back.

Yes he still needs to improve BUT I must say that Perry did NOT look like a RS freshman during the 2nd half.

Perry came through when it counted most. I love our future with him at QB
Looking off that safety to make the throw to Jordan was a thing of beauty, you could see the guy following Perry's head/eyes and drifting over....
It was so crazy how people turned on him even before halftime. I’m not saying he’ll be the one to get us #6 but Im not giving up on him after his 2nd start

Mr. Dynasty1 said:
It was so crazy how people turned on him even before halftime. I’m not saying he’ll be the one to get us #6 but Im not giving up on him after his 2nd start
Click to expand... 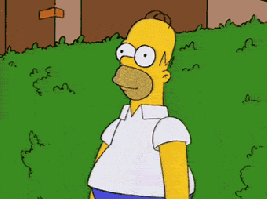 What we saw in Perry's performance last Saturday was his floor. He only gets better from here. That same stat line would be Rosier's ceiling. Dude is young, he'll get it figured out. Props to Richt for not overreacting and pulling him.

Mr. Dynasty1 said:
It was so crazy how people turned on him even before halftime. I’m not saying he’ll be the one to get us #6 but Im not giving up on him after his 2nd start
Click to expand...

Dude just quick read that game day thread. And holy **** that is pure entertainment!!! rosier would have continued to lose that game hes not making those throws Perry did to come back and win. No way
Keep talking over SMD stefan that's how you tell that ***** to hit the gym
Been a long while since I posted here but I wanted to add that we really watched Perry mature on Saturday.... Sure he wasn't perfect by any means but man that kid showed some heart when it mattered... That goes a long way when it comes to his future.... Lastly, that pass to Jordan...OMG!!!
Both passes in the series were ones that Rosier would have struggled with throwing much less completing. Those back to back throws were things of beauty and show where the ceiling is to Perry relative to Rosier. If he continues maturing both on/off the field, the skies the limit for this young man, and this team. If we remain unbeaten and head to the ACCCG, I think by then Perry will be able to carry us to victory. Especially with the way the defense is playing.
Perry flashed big time talent vs FSU imo, the subtle things he does is impressive and will only get better with more experience. The most impressive thing I see Is that we played FSU and he didn’t put the ball in harms way. I dont Remember seeing a pass out of his 32 attempts that could have been picked which is pretty impressive if you ask me.