The 6-4, 205-pounder is currently a consensus 4-star in the national rankings. According to the 247Composite, Brown is the #167 player nationally, the #5 dual threat QB in the country, and the #20 player in Georgia. The commitment brings Miami’s 2022 haul up to the #34 ranked class in the country on both 247Sports and Rivals.

Brown has been on the Hurricanes’ radar going back to the Dan Enos-era at Miami, when he turned heads as an intriguing size/speed prospect at a Manny Diaz summer camp on UM’s campus in June of 2019. Nearly a year later, Brown finally earned his Miami offer from OC Rhett Lashlee in May of 2020 along with multiple other high Power 5 offers that summer, although he was just one of many QB’s the Canes were interested in for the 2022 class at the time. Through the fall of 2020, it was believed that the Florida Gators were actually in the lead to secure Brown’s commitment, but that view quickly changed when the calendar flipped to 2021 and the Hurricanes started making Brown a priority, with UM taking the lead for the Lowndes star. In mid-February 2021, Brown narrowed down his options to a top 5 of Miami, Florida, Texas A&M, Auburn, and Arizona State. Following that, Miami all but locked up Brown when he made a visit to UM last weekend, and he made things official today when he put on the orange and green.

Brown is very much the opposite of your prototypical pocket passer, but does fit into another QB archetype in that he’s your classic “tools” guy. A cannon for an arm, driving the ball with a powerful motion and a smooth release. Plus-arm strength allows him to utilize all parts of the field and throw receivers open on deep routes. Pairs a strong build with great straight-line speed to profile as a dangerous runner at any level and is always a threat to take it to the house on the ground. Has been clocked at a 4.6 40-yard dash and a 4.4 short shuttle. Rarely goes down on first contact and is a force once he chooses to tuck it and run. Very deliberate runner that decisively hits lanes hard.

Mobility gives him the added dimension to extend plays in the passing game; he demonstrates the capacity to improvise, buy time to let his receivers get open, and convert on big gains. Shows the ability to throw on the move and is fluid and in-sync with his movements between the upper and lower half of his body when rolling out to pass, but needs to become more consistent in this area. Intangibles are off the charts, as he is a king of confidence and known leader that does all the right things off the field, while willing his team to victory at times on the gridiron. 24-3 record as a starter against the some of the top competition Georgia football has to offer and he is often the clear best player on the field.

Although Brown is working with major artillery attached to his shoulder, further calibration of that artillery is still needed. More of a thrower than a passer right now, as evidenced by his 47.8% completion percentage as a junior. Accuracy and mechanics need a ton of work, though he does show the ability to put touch on the ball at times. Too often he is not in direct line with his target and falling away instead of driving the ball even though he’s not facing pressure, as his footwork and balance can get out of whack. Ultimately, Brown has a ton of development ahead of him to become a reliable passer at the college level, but it’s impossible to overlook his massive upside and it’s hard to see his ceiling with the right pairing of coach and system.

As a junior in 2020, Brown threw for 1,537 yards on a 47.8% completion percentage with 14 TD’s and 7 INT’s, adding 1,101 rushing yards and 16 TD’s on the ground. Brown also earned Georgia Sports Writers Association AAAAAAA first-team all-state honors for his play last season. Has impressed so far this offseason, especially at the Elite 11 Atlanta Regional to earn an invite to the Elite 11 Finals and compete against the top QB’s in the country this summer.

Brown is Miami’s second commitment in the 2022 class, joining Carrollwood Day (FL) 4-star DT Brandon Cleveland, and he is the first at the QB position. With Brown’s pledge now secured, the Hurricanes can shut down their recruiting at the position for 2022 and start looking ahead to the 2023 gunslinger class. From Brown’s perspective, his early commitment puts him in a position to become a leader in the class and will allow him to recruit other talented prospects to join him in Coral Gables.

With Brown’s addition, the Hurricanes continue to stack blue-chip talent in the QB room and now sport an impressive array of gunslingers with diverse skillsets. D’Eriq King had an incredible 2020 season at Miami, becoming one of the top passers in the ACC and helping guide the transition of UM’s offense from the pro-style to the modern spread. King is entering his 6th college season in 2021, so assuming he leaves after this year, the Hurricanes will have an open battle for the QB job on their hands in 2022.

With King out this spring, Tyler Van Dyke is taking advantage of the extra work in trying to establish himself as Miami’s “QB of the Future”, while Jake Garcia is another highly-regarded passer in Lashlee’s arsenal that will have a leg up on Brown in terms of experience in UM’s offense by the time Brown hits campus. That, coupled with Brown’s need for seasoning, lends you to believe he will redshirt as a freshman at UM in 2022 and prepare himself to be a factor once the job opens up again in the future. Still, when keeping in mind Brown’s upside and running ability, it’s hard to fully count him out of this upcoming QB sweepstakes if he enrolls early, proves a quick learner of Lashlee’s system, and improves his accuracy over the next year and a half-plus.

View as thread
Officially Official! Now for the dominos to fall next hopefully!
15-0
Good stuff. Someone convince me I don’t need to worry about his mediocre stats.

On a serious note, hardly anyone in Texas thought King was ever going to be much of a passer, either. Sometimes you hit, sometimes you miss on kids like this. As long as all the eggs aren't in this basket, looks like a good kid to take a chance on. He seems to have the right attitude and approach moving forward and obviously the physical tools are there.
LFG great pickup....dude is baller and a winner! can't wait to watch his growth this summer and upcoming season. 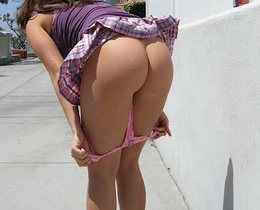 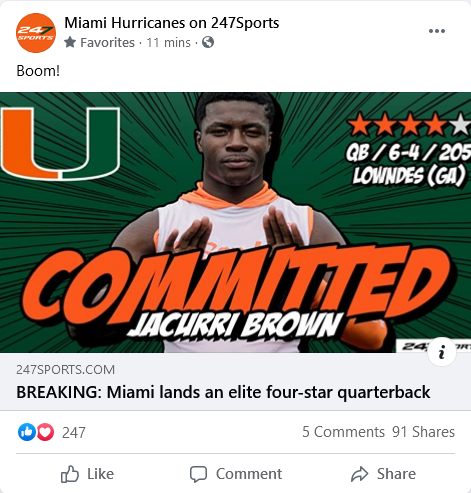 Obviously, Jacurri’s future as a QB will depend on his progression as a passer. He is not a college-level passer at the moment so it’s an upside play.

But he’s huge, runs like Marcus Mariota, has a cannon, is a beloved teammate and a playmaker. He has made huge plays in big games against good teams.

This is the type of kid you take a chance on with two polished passers already in the fold.
Consensus 4 star...until Rivals redoes their rankings
It's been pretty obvious he is a high character kid, just from the brief interviews he has given. Manny Navarro just put up a longer article. It's pretty easy to see why Rhett Lashlee and Manny wanted Jacurri, and not just for his athletic talents. It's pretty easy to see how that QB room has done a 180 in terms of character, work ethic and personality:

From The Athletic article:

Brown’s father didn’t play football, but is a military man, a mechanic with the Air Force who lives in Delaware. Brown was raised by his mother in Valdosta along with his brothers.

“She works at a factory that makes bathtubs,” Brown said. “My mom, when she works at the factory, she has to go to work early in the morning. For me to be situated and get to where I gotta go and stuff like that is why I stay with Tate. I still like to see my Mom, but it’s a better situation for me to be there.”

To make some extra money, Brown mows lawns on his free time. It helps put gas into his 2002 Toyota Camry.

“Little slider. It’s black with some tens on it,” he said. “We’ll (mow) like a Waffle House or like a Piggly Wiggly place or something like that, like a Walmart. For like a day I’ll probably make like $90. I’ll work like three times a week. All I’ve got to pay is my gas, my car and my phone bill.”

elite 11 this summer and this season....and he has a year until he's on campus lol

This is Gator energy

Do you also want someone to hold you at night?

Come on, the kid is going to the Elite 11 Finals, his third year of HS was the Covid year, and people are afraid to accept the possibility that coaching can improve his completion percentage?

You have to take a good QB every year, and assuming you find a couple of 2-year starters, the other half of your QB recruits may never make a huge impact. Take the best you can every year and then coach them up.
Welcome to the family!
You must log in or register to reply here.
Share:
Facebook Twitter Reddit Pinterest Tumblr WhatsApp Email Share Link