Chaney discusses commitment status and Category20 at the Opening

Chaney discusses commitment status and Category20 at the Opening

Stefan Adams
Jul 8, 2019
2020 5-star RB Don Chaney competed out at the Opening Finals last week. While he felt he left some plays on the table, the Miami commit enjoyed his time in Texas at the end of the day.

“It didn’t go as expected, I thought I could’ve done a little bit better, but things have been good overall,” Chaney said.

During the first day of drills, Chaney pulled up while running the short shuttle in the combine testing portion of the event. He says he reactivated an old hamstring injury, but Chaney continued to compete the rest of the three day event.

“It was an injury that happened a couple weeks ago, but I’m fine now,” Chaney said. “It’s alright, it’s not affecting me really.”

The 5-11 205 pound running back was mainly matched up against the linebackers throughout the camp, and got to battle against some of the nation’s best; Chaney took some time to discuss some of the more difficult defenders out at the Opening.

The Belen Jesuit star has been committed to the Hurricanes and Manny Diaz’s staff for 5 months now. How does he describe his UM pledge today?

During his last visit to Miami’s campus, Chaney was able to experience Paradise Camp.

“Paradise went good, there was a lot of unexpected talent that I saw, it was real good,” Chaney said. “A lot of people came to show up and did their thing.”

While many top-rated athletes end up falling for the allure of the SEC or the flavor of the month, Chaney says he sees himself as a different type of person.

“I’m a trendsetter, I don’t just follow along,” Chaney said. “Miami’s different, Miami’s one of a kind. People like to undermine it, but hey, you just got to see us work this season, next season, and seasons after that.”

Part of Chaney’s goals at the Opening was to get to know some of his classmates better. QB Tyler Van Dyke played with Chaney on the same 7-on-7 team, while the Canes added WR Michael Redding to the class the day before the event started.

The Hurricanes currently have what is considered a top ten class for 2020 by every recruiting service and are still looking to build it further. What Chaney’s take on how Category20 is shaping up?

View as thread
People want to be around people of their skill, people want to be around people who can make them better.”
I LOVE IT!!!!!
dude is such a beast and he loves the U. Gotta love him.
4.19 shuttle would be tied for the 3rd best in the NFL combine a few months ago. (at the RB position)
Last edited: Jul 8, 2019
Drove by yesterday and saw Manny in Chaney’s front yard: 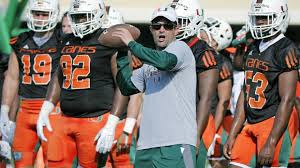 wouldnt that be a recruiting violation?
For want of a better comparison, how does he stack up against Dalvin Cook, Trent Richardson, Noel Devine, or that kid out of IMG last year?
Chaney says we the best then we the best!!!!!
The Don.

South Side Chi Cane said:
For want of a better comparison, how does he stack up against Dalvin Cook, Trent Richardson, Noel Devine, or that kid out of IMG last year?
Click to expand...

I’m going one step further with a sacrilegious comparison, but the more I watch Chaney the more I think of Frank Gore. The combination of quickness, power and then back end speed. Maybe in Chaney we’ll see what Gore could have been at Miami but for the injuries. And he’s still a hall of fame running back. Hard to believe.
Kid has that Duke Johnson quality to him.
Even if somehow he was a crazy bust, he deserves huge credit for how he has handled his commitment. Like this dude has earned my respect without even touching the field yet, purely based on his high character.
Hail The Don! This dude is realer than the real deal.
“I'm 110% committed. Anything else is crazy talk,” Chaney said. That's why he's already feeling all the "love" without ever asking for it!

Stefan Adams said:
“I’m a trendsetter, I don’t just follow along,” Chaney said. “Miami’s different, Miami’s one of a kind. People like to undermine it, but hey, you just got to see us work this season, next season, and seasons after that.”