Matthew_Suero
Sep 14, 2018
Miami picked up their 17th commitment of the 2019 class today, as Poly Prep (NY) 3-star defensive tackle Jason Blissett gave a verbal pledge to D-Line coach Jess Simpson and the Miami Hurricanes. Blissett agreed with Simpson that he would fit perfectly into Miami’s system.

“As far as football goes, Miami just seemed like a perfect fit. Their vertical, ‘get in the backfield’ defense is something that really excites me and I learned a lot from the brief time I spent with Coach Simpson; I know that under his guidance I can reach a whole new level. Furthermore, it's a top 25 school that has a culture of breeding the best athletes in football, especially defensive players. The environment felt great, the city of Miami is lovely and it's something that I am used to being from New York. The players were easy to get along with and, academically, it's a private institution that is well respected. Miami just checked all the boxes for me and my family.”

Simpson’s coaching style is a big reason why Blissett is now a Hurricane.

“[Simpson]'s a very intense, knowledgeable, hands-on coach who is not always going to tell you what you want to hear, but does it to help you get better. Beyond that, he's a great guy who was great to get to know and he carries a lot of passion for his players and the game of football.”

Finally pulling the trigger is a special moment for every recruit and Blissett was no different.

“I was super excited, my parents were even more excited, and the Miami coaches were excited as well to have me on board.”

Sometimes it just hits a recruit and they realize where they want to play. This revelation happened with Blissett and he hasn’t looked back.

“I've been having conversations with my dad and thinking it over with myself and I just realized why wait when I know Miami is the perfect fit. The season is here and the time just felt right for other teams to know that they're playing against a Hurricane.”

The Hurricanes have a ton of Miami-area guys on the roster, but Blissett brings something a little different.

“I’m a player who brings a lot of New York grit and hustle. One who never backs down from competition and is all about winning with swag.”

Although he is now committed to Miami, Blissett will show respect to other schools that recruited him and still take his official visits.

The newest member of Surge19 gave us his thoughts on the class as a whole.

“I feel like the '19 class is a lot different from past classes. In my opinion, this class is a lot more about potential more than anything else. Technique seems to be lost by physical capability and you see a lot of people competing on unbalanced playing fields and it not translating at other camps and competitions against people of the same caliber. This goes for myself as well; however, I feel that it is evident that I compete with much more than just brute strength. The 2019 class is talented nonetheless and I do feel that football has remained exciting as we aged.”

Blissett will not arrive on campus until May since he cannot enroll early, but he is still ready to get out there and prove himself.

“I'm excited and I just plan to go out there and compete no matter who's in front of me and plan to earn a lot of time on the field in response.”

“Y'all are going to feel me and what New York football is all about!” 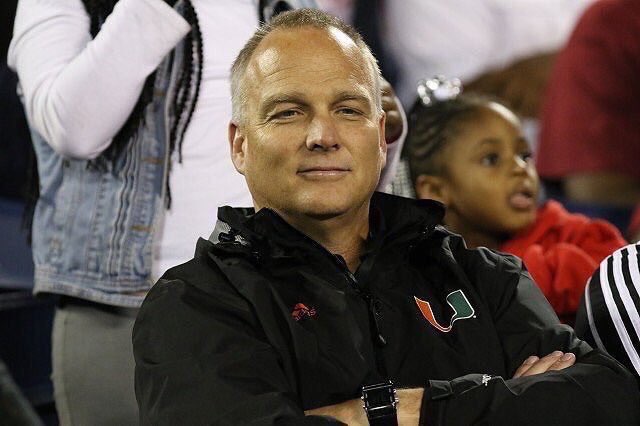 JC
Righteous !! Thx for letting us know. We need more New Yawkas on our team.

Cane47 said:
Righteous !! Thx for letting us know. We need more New Yawkas on our team.
Click to expand...

God no
PS. Reading what he said, this guy appears to be very intelligent too. I’m psyched to see how he does here.
Cool. Hope he comes down here and turns up!

Ha ha. Brooklyn bagels are the best!! Maybe he’ll bring some for you and you’ll have a change of heart.

Welcome to the U big fella!
Announces commitment AND Official Visit list all in the same interview

Great interview! @Mathew_Suero it appears that either you got a great timely interview or you KNEW he was committing and sat on it, which is good and respectful for the player! This is about him, his time!

canefrank said:
Great interview! @Mathew_Suero it appears that either you got a great timely interview or you KNEW he was committing and sat on it, which is good and respectful for the player! This is about him, his time!

I’ll have to ask him about his favorite pizza toppings.
Just got a Tennessee offer today FYI
I hope he develops but from the film ive seen he just doesnt jumpout. Also takes alot of snaps from the DE position.
Welcome aboard.

Keep the DL commits rolling in.

I'd pull his offer the first time he says anything is better back in "the" city.
Freaking Ernest Hemingway over here.... Let's get it!
Sounds very intelligent and willing to learn. Very good vibes about him from the interview.
Meh
You must log in or register to reply here.
Share:
Facebook Twitter Reddit Pinterest Tumblr WhatsApp Email Share Link